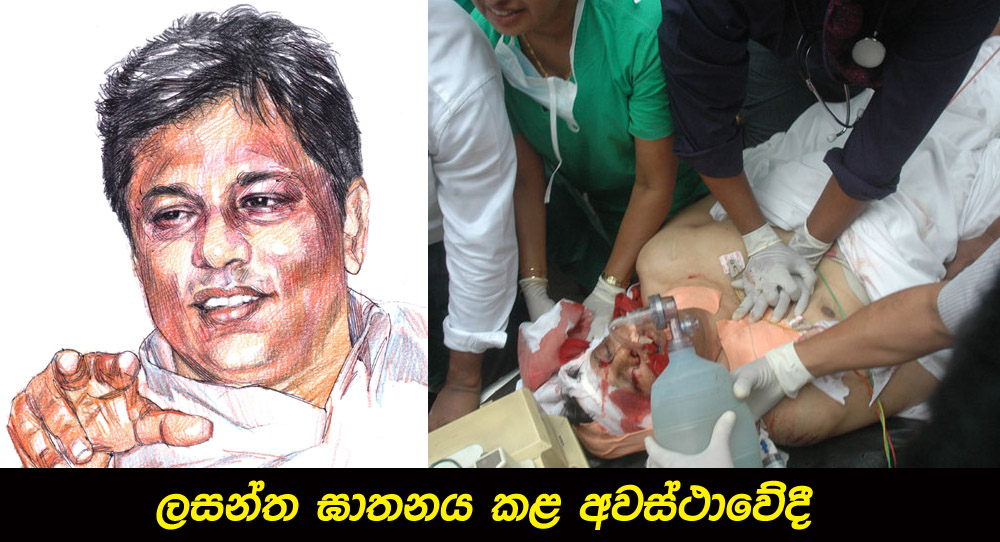 (Lanka-e-News -16.July.2016, 10.00PM) The  leader of the murder squad  responsible for the brutal cold blooded murder of Sunday Leader news paper editor , Lasantha Wickremetunge was arrested yesterday(15)  night at about 11.00  by the CID. The murder squad leader is a sergeant major of the army.

Based on the investigative evidence gathered , the sergeant major was arrested and brought to Colombo . He is  under interrogation now.

This sergeant major had been the leader of the squad that committed murders  during the lawless brutal gory era of the Rajapakses when Sinhala and Tamil journalists were killed in cold blood with impunity. Since the culprit is a very  close friend  of the present chief of the army intelligence division , there had been an  enormous amount of obstacles created against his arrest. Because  he had been committing any ruthless murder for and on behalf of Rajapakses , he was  never denied promotions, perks  and foreign tours.

About a week ago , sketches created  of two murderers ,based  on the description provided by the eye witnesses who saw the murderers were released by the CID to the media with request for information from the public for identification of the murderers (the two pictures are herein).

Lasantha was murdered in broad daylight on 8 th January 2009 before a large number of on lookers at Dehiwala on the main road. With the help of  a sharp weapon used to kill sheep , the head of Lasantha was pierced .  During that period when murders at the behest of the government was the order of the day , these assassins arrived on  a motor cycle , and after committing the murder escaped unhindered and effortlessly , despite the fact there were several army security points in close vicinity. At that time it was major general Mahinda Haturusinghe ( now retired) , a lackey , crony and stooge of Gotabaya Rajapakse who was in charge of the security for Colombo.

Lasantha was murdered  with the help of  a secret weapon that is used to kill sheep – there were only 6 such weapons in SL !

Based on reports reaching Lanka e news , there were only six (just a few) such instruments with the SF of SL which were imported a short period before the incident. These were imported by the ministry of defense on the instructions and permission of the then army commander Sarath Fonseka . This contraption  has a trigger when pulled thrusts out a sharp instrument instantaneously , and when that is withdrawn it drags with it the flesh entrapped by it.

It is obvious , since the murderers escaped from the high security zone with ease after committing the crime in broad daylight right  in the midst of army security points , the killers were aided by  the security divisions. Moreover ,until today the police chief in charge of that region had not been questioned over this .Hereunder is an  evidence which indicates how the police acted  in   Lasantha’s murder….

Following the exposure of  Gotabaya’s illicit MiG jet deal by Lasantha in the newspapers , the latter gave unlawful  instructions to Sisira Mendis  who was the Director CID at that time. When Mendis told Gota , he cannot carry out unlawful orders , Mendis was transferred to Vavuniya.

Mendis who was responsible as the police officer to lead and direct the court to deliver a 100 years jail sentence to Prabhakaran was transferred to Vavuniya in order that he would fall victim at the hands of the LTTE who were infuriated against Mendis over the sentence. Anyway that is another story.

In any event , Lasantha was murdered a few weeks later. That murder investigation was handed over to the CID after Mendis was removed from the post of Director CID.

Today ,it is significant to note this murder investigation was resumed only after the government of good governance was installed and the brutal lawless Rajapakse regime was thrown out lock , stock and barrel.  Interestingly , Sisira Mendis is now a  security advisor.

By a Lanka e news special correspondent
Translated by Jeff 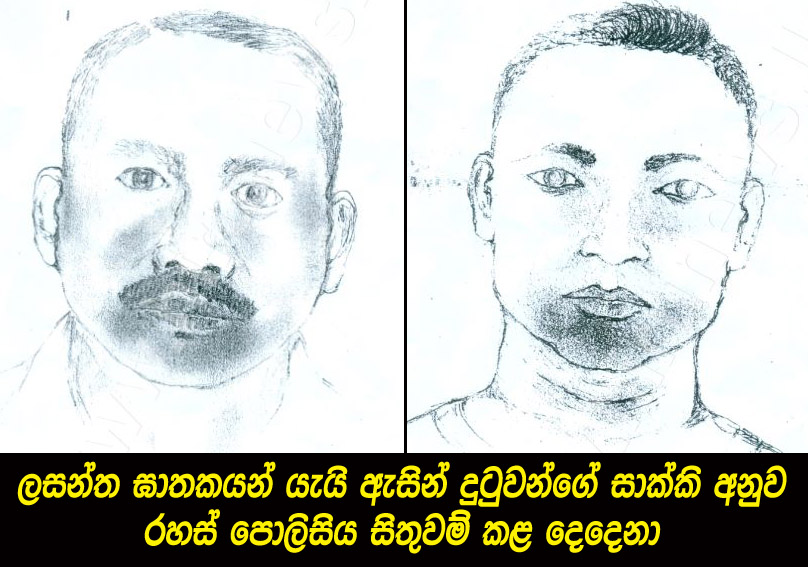 i am making an observation from what appeared in the press about the murder of Thajudeen. It was stated that Thajudeen's neck was pierced by a sharp instrument. I wonder whether this SM had a hand in that. It would reveal some interesting information if the CID investigated on this line of thinking.
-- by Sergie on 2016-07-16

Why is the man who ordered these assassination not questioned or arrested yet.
-- by Ranjan Fernando on 2016-07-16