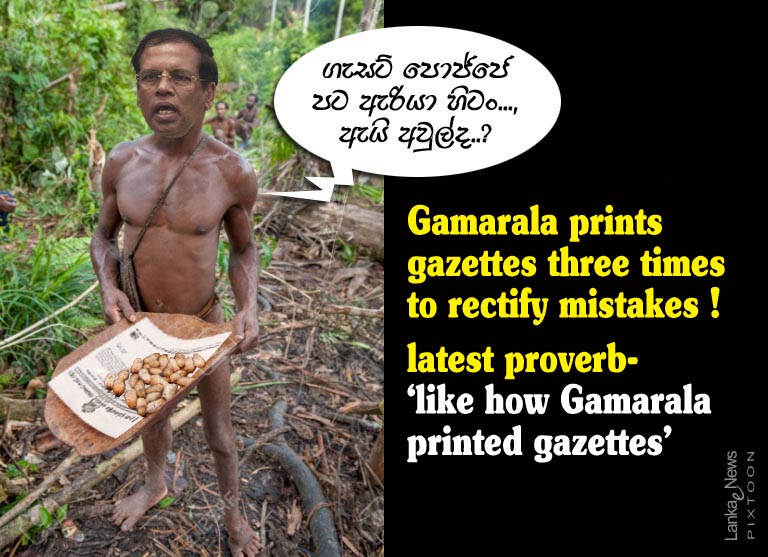 (Lanka-e-News -27.April.2018, 2.55PM)   It is an incontrovertible fact Pallewatte Gamarala the political moron from the Polonnaruwa backwoods who became president owing to fortuitous circumstances and not based on  competence or efficiency , wreaked havoc on the country from the outset , consequent upon which the country is plunged in deep turmoil for the last six months, once again demonstrated his utter incompetence and ineptitude by his inability to issue even a  correct gazette notification pertaining to the re- opening of parliament after the prorogation. Because of the egregious blunders , three gazette notifications had to be issued to rectify  the errors.

On the first occasion , the gazette notification No. 2066 /43  issued on 12 th April  pertaining to the re opening of parliament after the prorogation did not mention the time of the re opening. Mind you this is a president who does not know the value of time ! No wonder whatever promises he makes are dishonored forever because he does not know what is a time frame!!

It   is only after Parliamentary officers pointed the grave error , another gazette notification No. 2068 / 1 was issued on April 23 rd stating the time.

Believe it or not this political pol booruwa who does not know how much a trillion is ; does not know how many years ago his  country received its most cherished independence ; does not know he has no powers to oust the prime minister under the constitution. And   now he proved beyond any trace of doubt he does not even know the procedure regarding  re convening of parliament  .

No matter what , thanks to Pallewatte Gamarala , the Sinhalese language has found  a new  proverbial saying ,‘Like how Gamarala issued gazettes ‘

The three gazette notifications ‘ like how Gamarala issued gazettes’ are hereunder … 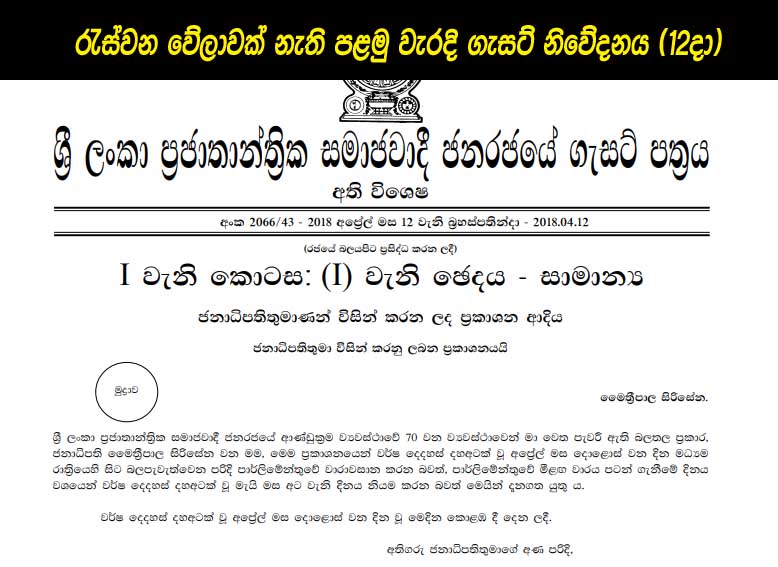 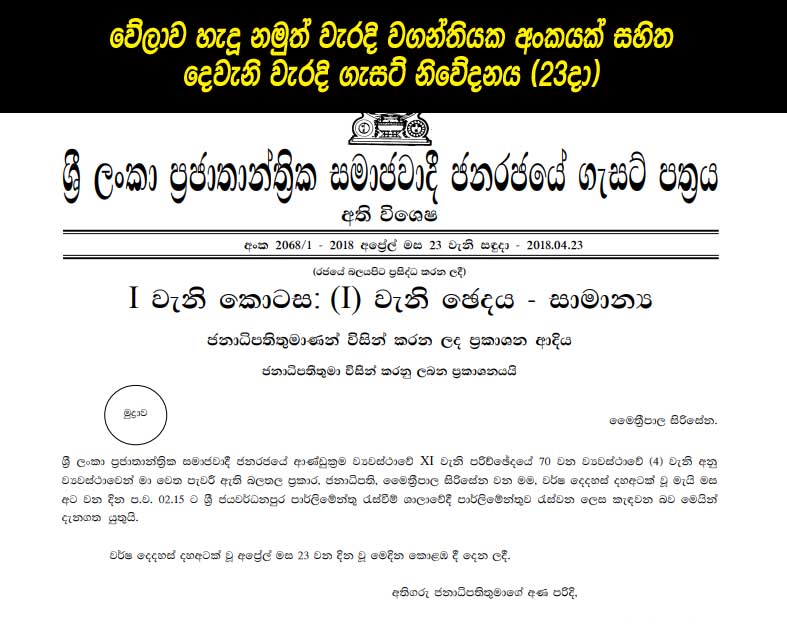 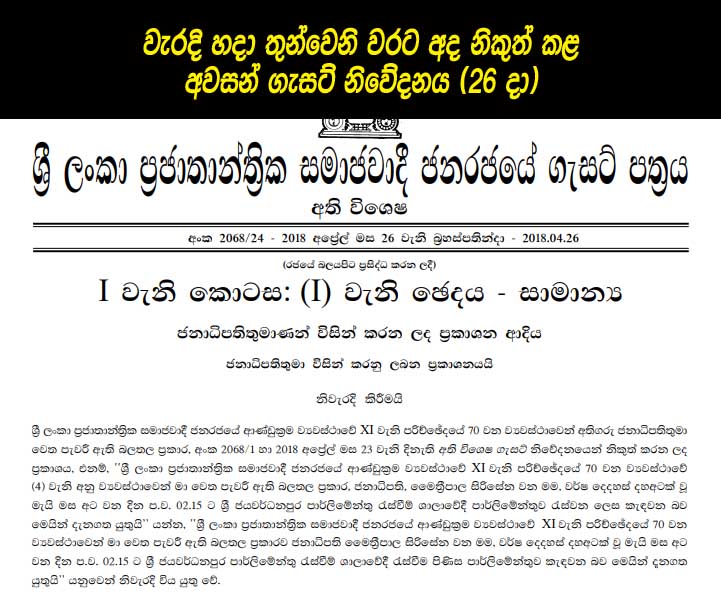