What is the secret message Indian P.M’s high profile security officer who arrived in SL suddenly convey to Gamarala and P.M.? 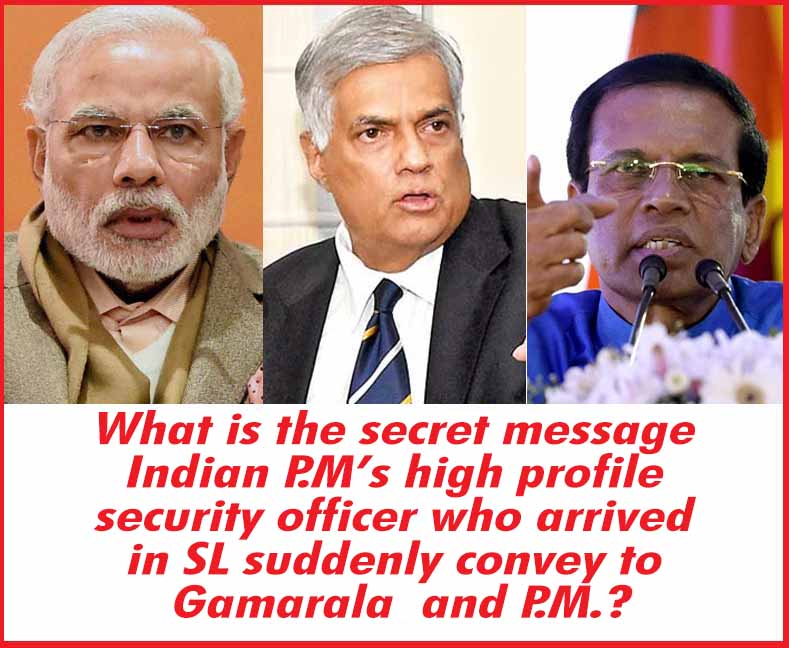 Diplomatic circles are of the view that the officer suddenly arrived to convey a special  warning message from Modi.

Various powerful foreign forces are in operation in the country because the incumbent chief of the government  himself is while  being in the government is in the process of destabilizing the country during the last ten months. Among those are evil forces which are militating against India’s security .In the circumstances India has therefore alerted itself most intensely in this direction.

On the last tour of India of our president , Modi told  ‘you have not only put your own country in jeopardy but even mine’ direct to the face of Gamarala , which was reported by Lanka e News always  first with news and best with the views , earlier on. This news report was not repudiated by India or SL.