President not only requested Britain to arrest or deport LeN editor but handed over a file too –Sunday Times confirms ! 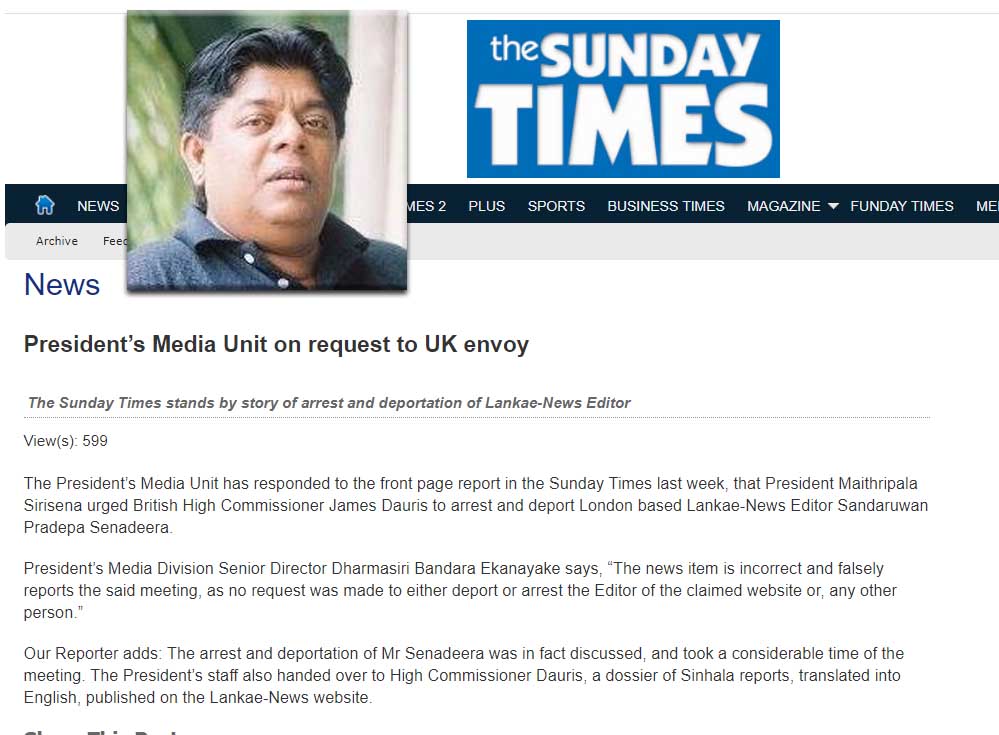 President’s Media Division Senior Director Dharmasiri Bandara Ekanayake says, “The news item is incorrect and falsely reports the said meeting, as no request was made to either deport or arrest the Editor of the claimed website or, any other person.”

Our Reporter adds: The arrest and deportation of Mr Senadeera was in fact discussed, and took a considerable time of the meeting. The President’s staff also handed over to High Commissioner Dauris, a dossier of Sinhala reports, translated into English, published on the Lankae-News website.