Herein are reports of all the forces and SIS about Ekneliyagoda ; threats and intimidation against Sandya are barriers to meting out justice -FMM 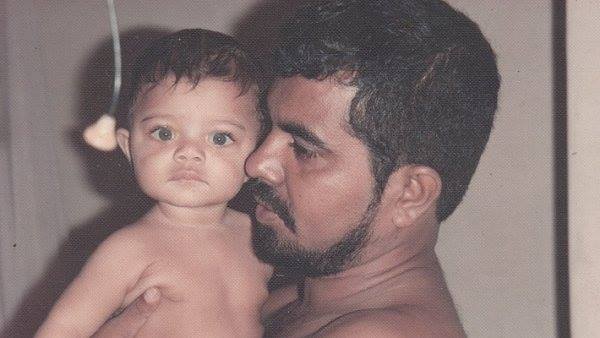 (Lanka e News 24.June.2018, 11.30PM) The venomous vicious statements and threats  made against Sandya Ekneliyagoda subsequent to  the court delivering  the sentence on the accused in the case based on charges of intimidation made against her  during court proceedings of  Prageeth Ekneliyagoda ‘s case , has been roundly condemned by the Free Media movement (FMM).

The FMM an organization   which has always steadfastly taken the stance that  justice shall prevail pertaining to the crimes committed against the mass media, views these threats and intimidations as  an impediment to the measures to mete out justice. Hence the FMM urges all the relevant parties to take action against the threats , intimidation and vengeful statements directed  against  Sandya, with a view  to ensure justice  is done duly.

The army commander , the Air Force commander, Navy Commander, the commanding officer of the STF, the Director  Special bureau, the Director  Crime report division, the  Director State Intelligence service, the Director Colombo Crime division , the DIG of Terrorist Investigation department and SSP Nugegoda division have all reported to court that Pradeep had nothing to do with the LTTE  .

In the report produced in  court , it is stated thus….

‘Accordingly , the commanders of the forces including the army commander have notified that there are no reports that  Prageeth Ranjan Bandara Ekneliyagoda has been linked to any crimes, LTTE terrorism , any criminal groups, or aiding and abetting the LTTE , and is not sought in connection with any court proceedings.’ 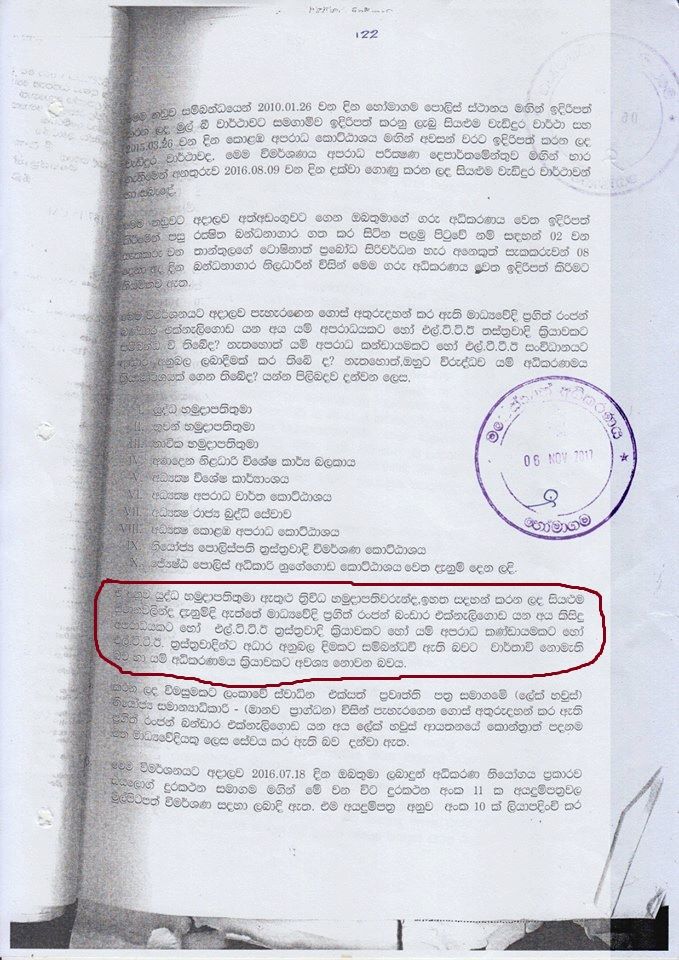