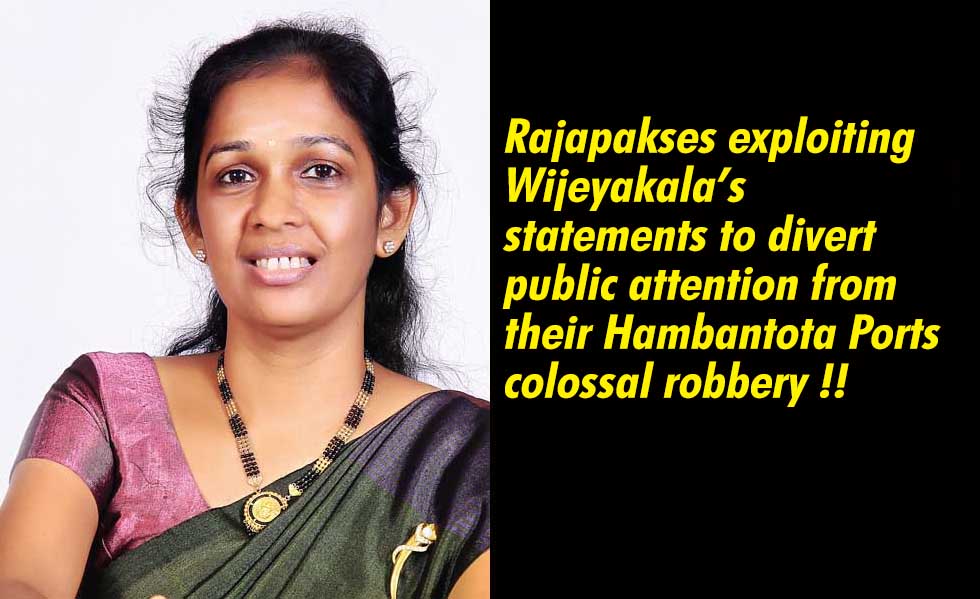 (Lanka e News – 03.July.2018, 11.00PM) When the parliament commenced sessions on the 3 rd (today) , questions were raised as to what action should be taken by parliament in the future in connection with the pro LTTE announcements made by State minister Vijayakala Maheswaran in the North. A number of joint opposition MPs pointed out the need to take action , and that her statements are violating the oath she has taken under  7 th schedule  of the constitution.

The speaker who considered the views took measures today to  inform the Attorney General to probe into whether any legal provisions have been violated , and to take legal action.

Even when the speaker was saying a decision shall be taken after an investigation , Prasanna Ranaweera behaving like a rowdy in parliament challenged the decision of the speaker , and tried to wrest the mace and run away. Wimal Weerawansa and Dayasiri Jayasekera too conducted themselves in a  most unruly manner unbecoming to people’s representatives. Consequently the speaker was forced to adjourn parliament sittings until tomorrow.

It was very obvious the Rajapakses were making a huge din about   the statements  of Wijeyakala in order to divert the attention of the public from their own colossal Hambantota port robbery   involving a whopping US$ 7.6 million !!

Even the great majority of the Sinhalese people in the North and East who face harassment when they go to government offices to get their matters attended , upon learning of this huge scam of the notorious crooked Rajapakses have exclaimed  many a time, ‘yakko ,it would have been better if the Tigers are there’.

In any case though the ordinary people may say that in disgust of the rejected, discarded  and dejected Rajapakses , a state minister cannot and should not make pro LTTE statements that simply . Wijeyakala being a state minister she is bound to  abstain from making rash announcements.

The UNP too had stated , as a party it will also decide on what steps should be taken in regard to Wijayakala’s utterances.