Vijayakala resigns from her ministry post to facilitate probe ! 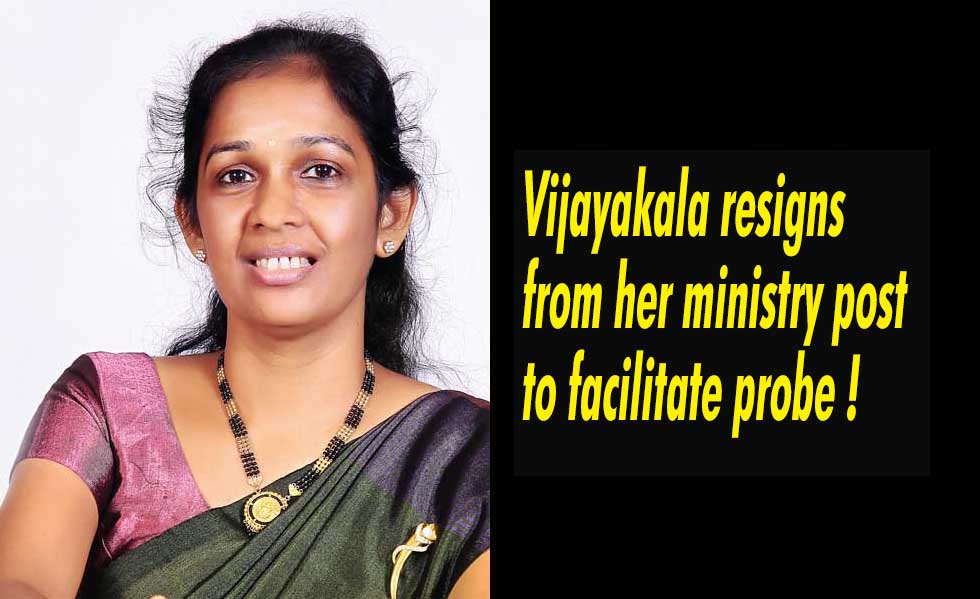 (Lanka e News -06.July.2018, 11.30PM)  The state minister for women and children’s affairs Vijayakala Maheshwaran whose announcement that it is better if the Tigers are still there which took  heavy flak from not only the South but even the Northern  Tamil alliance leaders, has sent separate letters of her resignation to the president , the prime minister (P.M.) and the speaker on the 5 th.

In her resignation letters she had said , that statement was made because she was overwhelmed emotionally  , and not designed to embarrass the government. In any case in order to facilitate the proposed investigations , she is tendering her resignation, she had added.   However in the letter addressed to the P.M. she had not stated she is  resigning from the UNP .

The speaker in order to ascertain whether her denunciations have violated the constitution has sought the Attorney General’s probe .

By her announcements what she truly aimed at was to attract the attention  of the government to the drug scourge now afflicting the North. As no legal measures are being taken against this menace and  the drug addicts  are on the increase in the north due to large quantities of heroin being smuggled into the north by the EPDP organization groups and the Indian smugglers by boats , she wished to engage government’s attention to that dire problem  ,Vijayakala had told  those close to her  though she had not mentioned that in her letters.

She is the fourth UNPer who resigned voluntarily  based on accusations leveled against them. Thilak Marapone , Wijedasa Rajapakse  and Ravi Karunanayake  were the other three UNPers who resigned similarly , and divested themselves of their portfolios. Some of them of course have become ministers again. At any rate in the previous SLFP and UNP government  this trend never existed where those who faced allegations tendered their resignations  voluntarily. It is worthy of note it is only the UNP of the consensual government which has set this new salutary trend .