Check leaf proof etc. to prove payment of Chinese Co. to Pushpa; that amount plus interest thereof must be repaid to China !

(Lanka e News -07.July.2018, 11.30PM)  The Chinese Co. CICT which undertook  the contract in 2016 to build the Southern harbor paid a sum of Rs. 19.4 million ten  thousand to Pushpa Rajapakse the wife of ex minister Basil Rajapakse . Though this payment to Pushpa is tainted with charges of financial misappropriation , the Ranil- Sirisena government has failed to take any measures in this connection. Lanka e News therefore is revealing the palpable evidence which substantiate the charges…...

The Chinese CICT Co. (belonging  to the Chinese harbor Co. ) which has undertaken the contract to construct the Colombo South port had paid a sum of Rs.  Rs. 19.4 million ten  thousand as aid to the Foundation run by  Pushpa through a HongKong and Shanghai Bank check No. 594691 on 2012-05-21

Though that payment has been shown as a donation , during the audit investigation of the establishment it had been discovered that sum paid to Pushpa has been indicated as money that constitutes  part of the expenditure towards the Port development . The notorious corrupt Rajapakse rogues alias ‘Alibaba and his family thieves’ after stating that sum was a donation have included that in the asset  expenditure side of the Southern Port development thereby fastening that burden on the masses. That is, it is the people who will have to shoulder the burden of paying back this amount as loan along with interest thereof to China.

When inquiries were made from the ports Authority financial Director and the CICT Co. chief executive director officer , the true picture   had been confirmed. In the audit query it had been questioned, when there are so many voluntary organizations in the country , why was such a whopping sum paid to Pushpa’s organization ? On this earth the truth cannot be concealed forever. One such truth that  was revealed  and could not be concealed is, Pushpa Rajapakse Foundation despite collecting such a colossal amount has not even built a lavatory on behalf of the people.

Not enough the Rajapakses’ pillaging – Basil ‘s wife too collects Rs. 20 million from another Chinese Co. ! 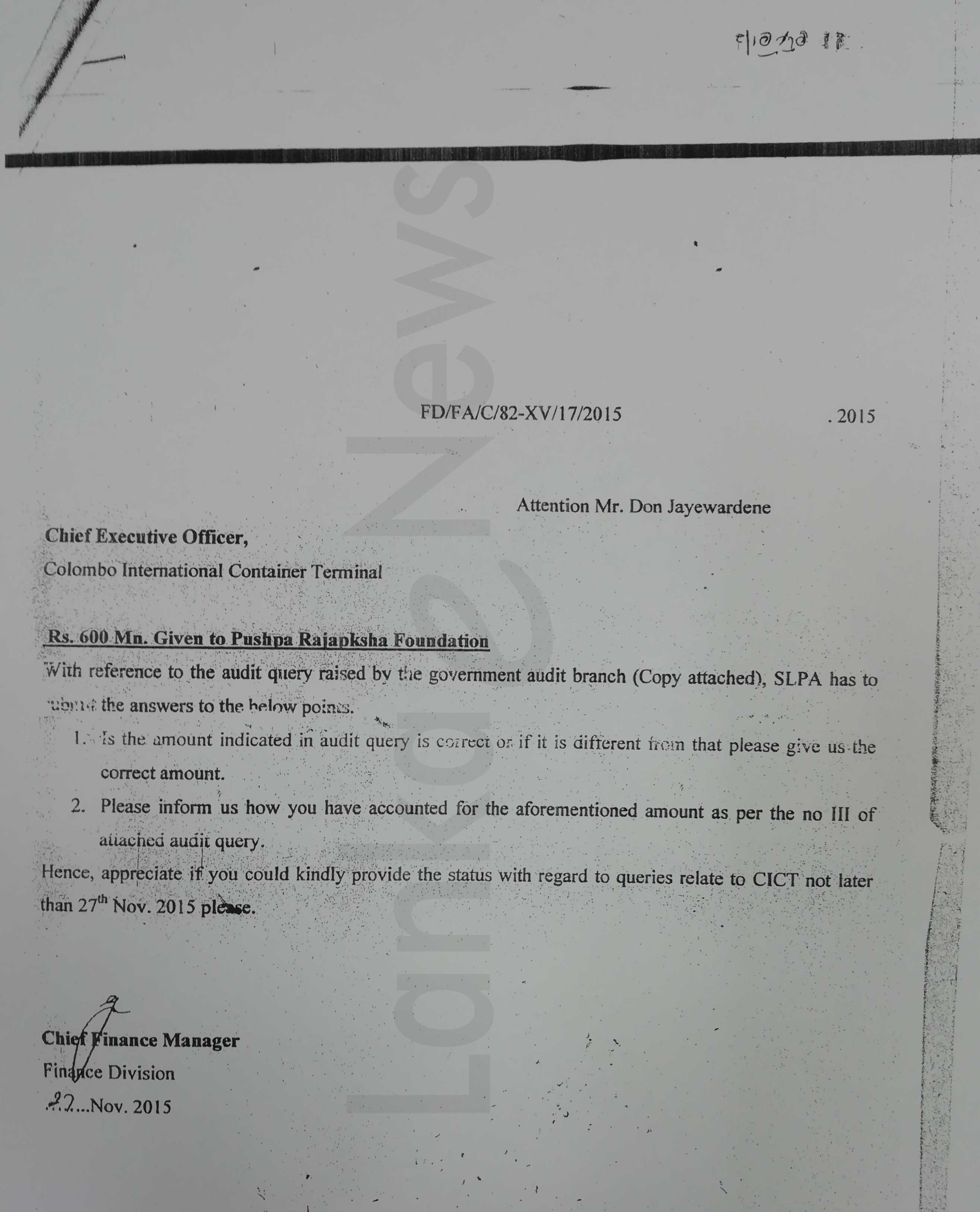 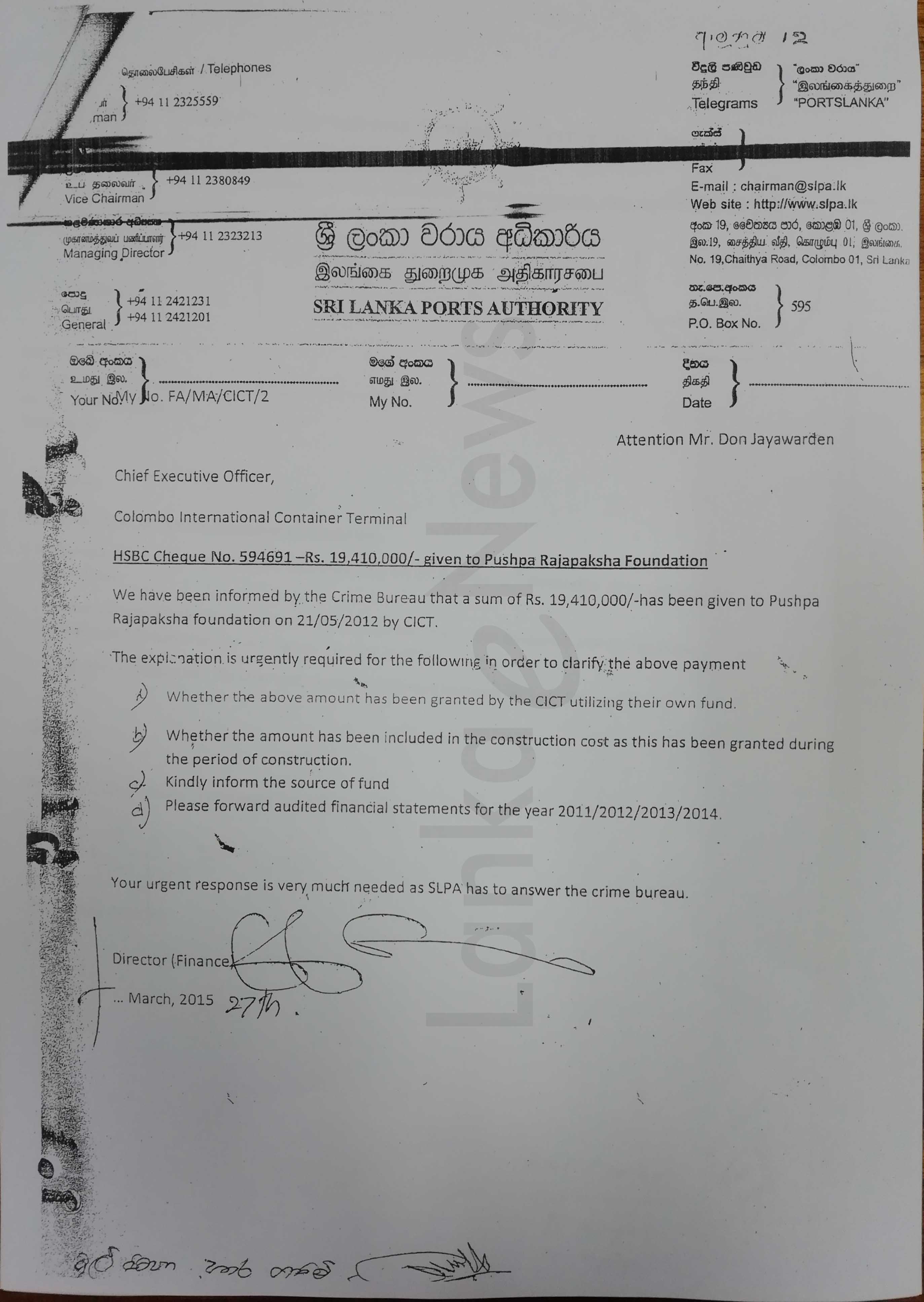 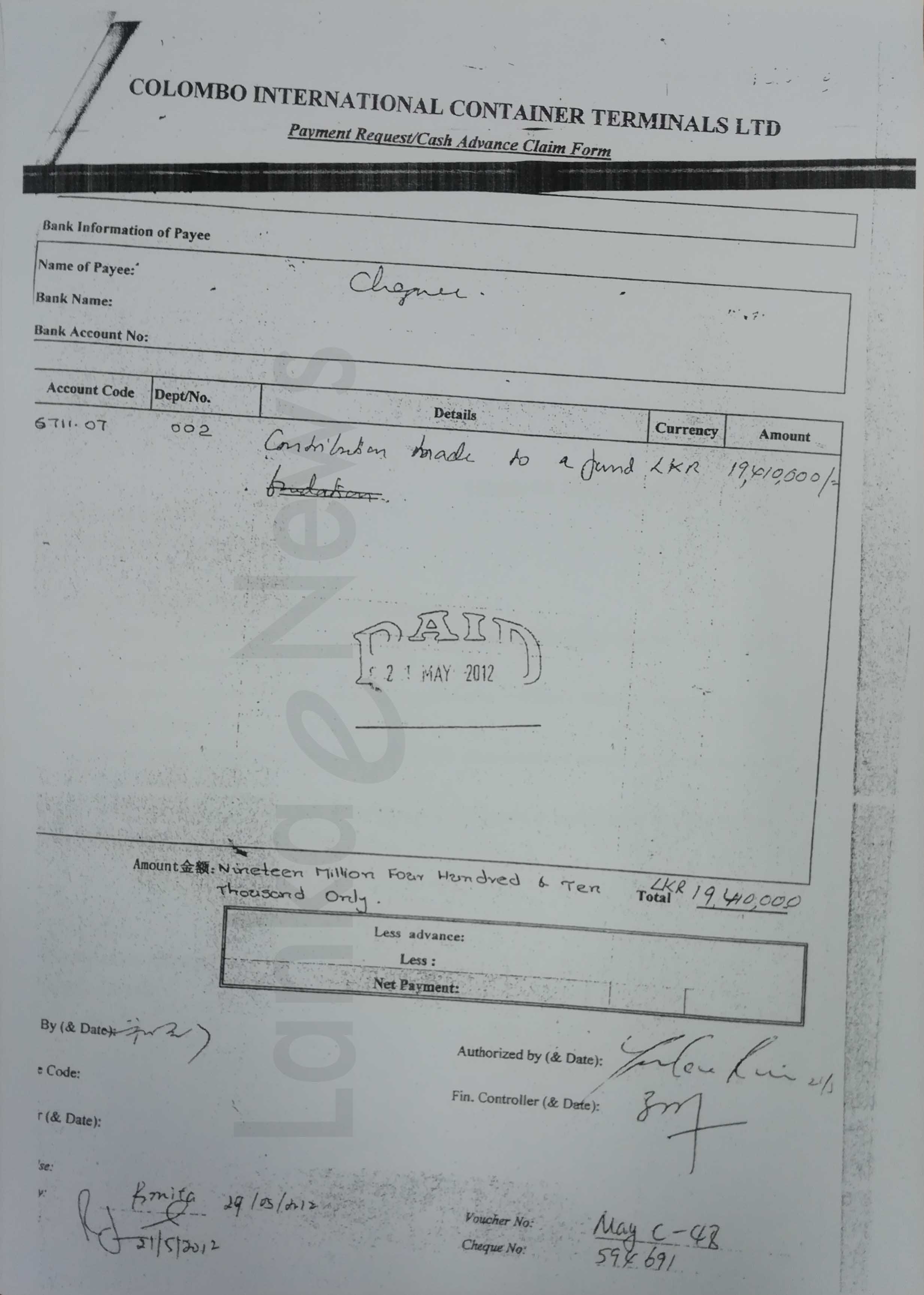 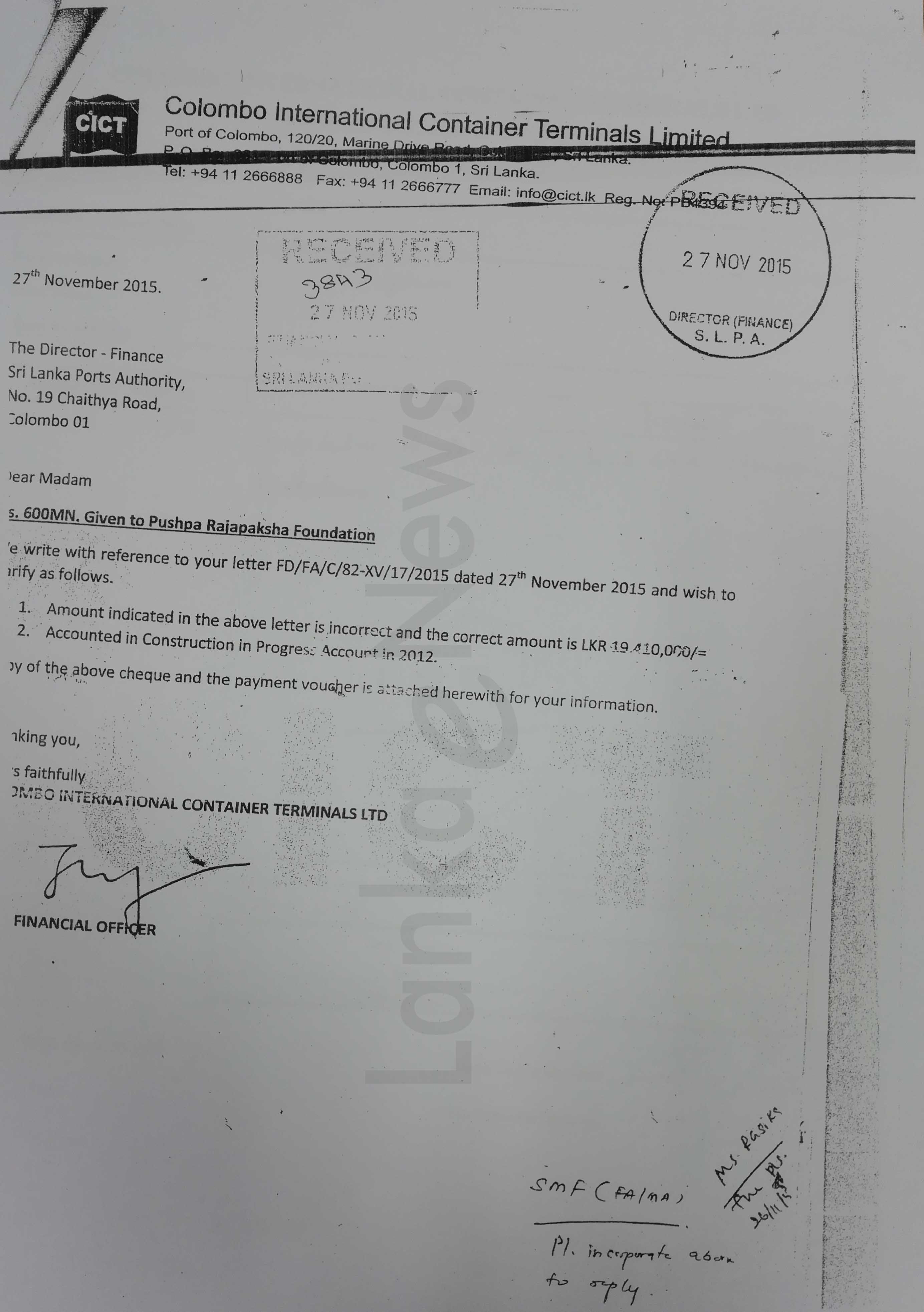