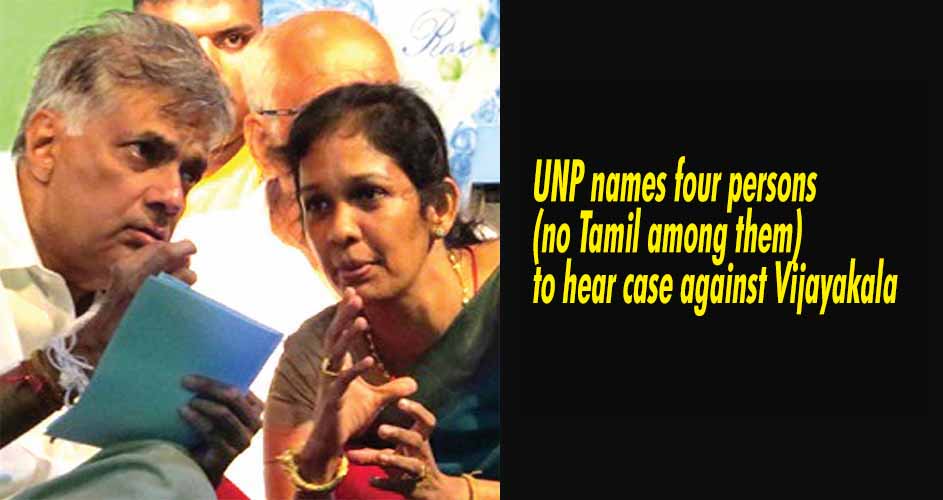 While calling itself as ‘United national’ failing to appoint a Tamil national member to the committee inquiring into a Tamil minister’s issue  must be treated as a serious flaw, as this can create a wrong impression among the Tamil society in the North.