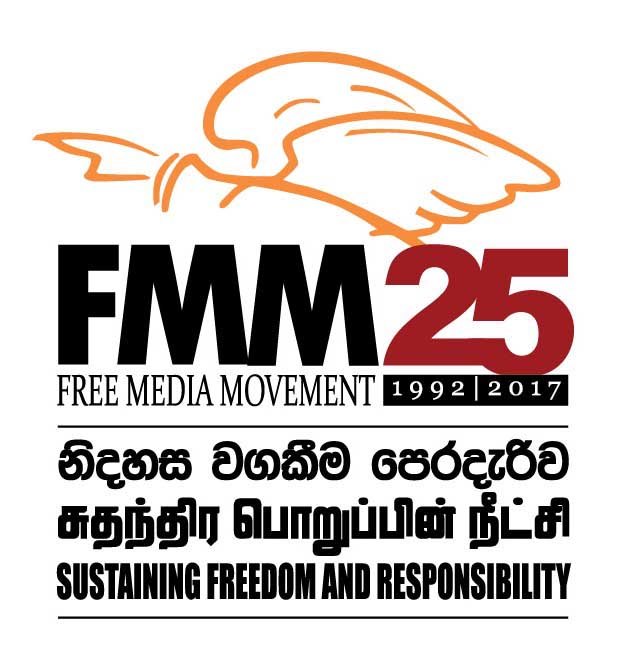 (Lanka e News - 28.Oct.2018, 11.30PM) In the wake of the conflict that has been created between the two major parties in the country, in respect of the Prime Minister’s post, the Free Media Movement insists that relevant authorities should take immediate action to control the undue influence exerted on the state media and other media organizations.

There have many reports of outside elements entering state media institutes and exerting pressure on the staff at these institutes. FMM believes the presence of outsiders is a great hindrance to the staff in carrying out their duties in a free manner, while it is a threat to democracy.