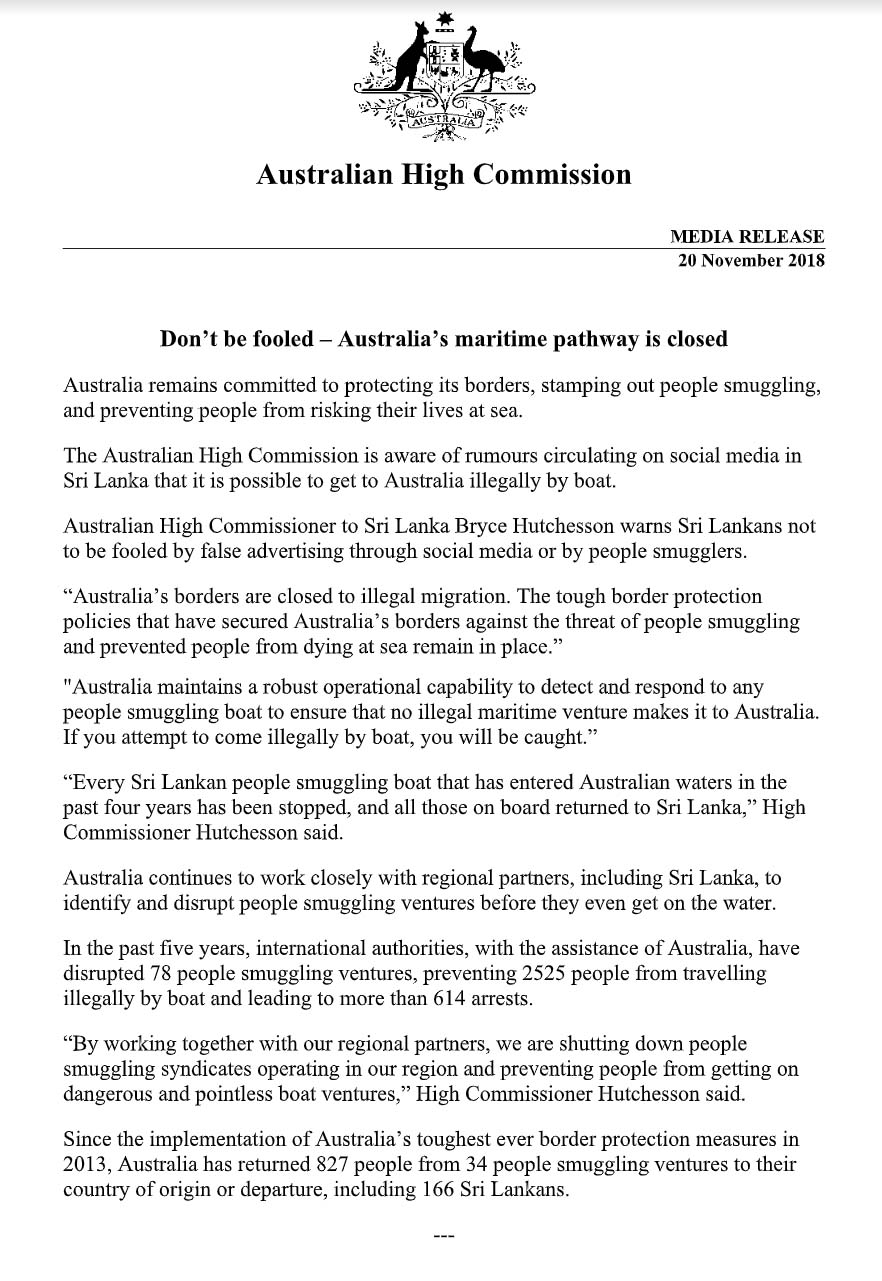 The Australian High Commission is aware of rumours circulating on social media in Sri Lanka that it is possible to get to Australia illegally by boat.

Australian High Commissioner to Sri Lanka Bryce Hutchesson warns Sri Lankans not to be fooled by false advertising through social media or by people smugglers.

"Australia maintains a robust operational capability to detect and respond to any people smuggling boat to ensure that no illegal maritime venture makes it to Australia. If you attempt to come illegally by boat, you will be caught.”

“Every Sri Lankan people smuggling boat that has entered Australian waters in the past four years has been stopped, and all those on board returned to Sri Lanka,” High Commissioner Hutchesson said.

Australia continues to work closely with regional partners, including Sri Lanka, to identify and disrupt people smuggling ventures before they even get on the water.

In the past five years, international authorities, with the assistance of Australia, have disrupted 78 people smuggling ventures, preventing 2525 people from travelling illegally by boat and leading to more than 614 arrests.

“By working together with our regional partners, we are shutting down people smuggling syndicates operating in our region and preventing people from getting on dangerous and pointless boat ventures,” High Commissioner Hutchesson said.

Since the implementation of Australia’s toughest ever border protection measures in 2013, Australia has returned 827 people from 34 people smuggling ventures to their country of origin or departure, including 166 Sri Lankans.