For the attention of the Civil Societies and progressive Media:

(Lanka-e-News -07.May.2019, 7.30PM) The Eastham Forum organized by the Independent Civil Society for Unity, attended by researchers, activists and representatives of all Sri Lankan communities in the United Kingdom, held at Trinity Centre, Eastham, London, on 04th May 2019 decided to issue this statement encompassing the summary of the discussion and the appeals made to the communities, civil societies and the Government.

1) Condemnation alone will not heal the wounds; meaningful actions needed.

The Forum unanimously resolved to condemn the heinous and barbaric act of terrorism unequivocally, launched at three churches and three tourist hotels targeting a peace-loving religious group on the Easter day; to wish a speedy recovery of those injured in the horrific suicide bombings; to extend condolences to the bereaving families, friends and all those close to the victims; and to express complete solidarity with the brave people and sensible religious and community leaders of the country for standing firm in the hour of grief in averting another blood bath in the country.

However, the Forum believes that condemnation alone would not heal the wounds. All church leaders have displayed maturity, courage and statesmanship in dealing with the provocative attack and set an example for the extremist elements within the political and religious establishments to follow. The forgiveness of the tolerant Christian community should not be taken for granted to forget the societal and governmental responsibilities towards them opportunistically.

The Forum categorically urges that the Sri Lankan Government cannot relinquish its responsibility for the security lapses and calls to provide immediate and long term relief, compensation and rehabilitation to the kin of persons killed and affected and to address the cumulative psychosocial impact of the trauma not only on the individuals but also on the families, community and society.

The Forum considers all communities, especially the Muslim community, have an obligation by the victims’ families to involve directly to show their solidarity in practice by sharing their sorrows and burdens and by lending hands in need, to set precedence towards building meaningful reconciliation in the country.

2) Demonizing the entire Muslim community will create another demon.

The Forum, in one voice, states that the entire Muslim community cannot be condemned for the identified perpetrators who planned and executed. Accusing the entire Muslim community for the barbarianism of one single terrorist group, the NTJ, is an extreme form of ethno-nationalist prejudice of Islamophobia. Muslims in Sri Lanka should not have to be blamed for the terrorist attack. They should not have to go apologetic either. An overwhelming majority of the Muslims were and are not only eschew terrorism within their community but also explicitly demonstrated their opposition to it. They are spread across the country and there is little chance of Muslims living in other parts of the country knowing the insidious activities of a handful of ultra-extremists in a remote village when the entire security services and the Government had taken the threat lightly and floundered in handling the local and foreign alerts.

The Forum appreciates that Muslims, who were suspicious of the hard-line groups such as NTJ and its leader Zahran Hashim, who presumed dead in the attack, have been warning the Government for years; held protests demanding authorities to arrest Zahran and ban NTJ; and Muslim religious leaders warned military intelligence officials and the Government about the group and its leaders giving their names and details.

Soon after the Easter carnage, the entire Muslim community cooperated with the authorities to apprehend or eliminate the remaining terrorists and disallowed the bombers to be buried in the grounds of any mosque. Unfortunately, the authorities that slept at the wheel now trying to divert the attention of the people putting the blame on burqas, beards, swords and even kitchen knives used by the Muslims.

The behaviour of mainstream print and visual media are morally reprehensible and deeply irresponsible. A TV is conducting a dog-and-pony show, humiliating a Muslim cabinet Minister with a vengeance symbolizing the entire Muslim community. The entire Muslim community is being unfairly blamed and targeted for the reprehensible violence committed by a few. There are instances where some members of the Police and armed forces have been unnecessarily hard and tough on Muslims and treated them as if they are the ones who committed the acts of terrorism. The Muslims are undergoing what the Sri Lankan Tamils experienced over the years.

The Forum appeals to the Government and the media not to create another breeding ground of terrorism. The Forum also appeals the Muslim community to be self-critical for allowing extreme conservatism to creep in and slip a few misguided youths towards the hate-filled ideology of Islamic State and to be vigilant and find ways to guide the followers of Islam towards peaceful co-existence.

The Forum appeals to the Government to maintain law and order and create an environment for everyone in the country to live in peace enjoying the equal right. There is no difference between the ideology of the IS and ethno-nationalist extremism that seeks a monopoly over others. The principle that everyone is equal before law should be upheld and no individual or community should be allowed to be above the law or treated as more-equal. The current situation should not be used to smuggle more draconian laws into existing stringent laws and hijack civil liberties.

The Forum considers the issue is not purely a matter related to law and order; there are much deeper dimensions to it. Although the pull factor behind the Easter Sunday carnage is the IS ideology one should not conveniently sweep the push factor, the majoritarian extreme -ethno-nationalism, under the carpet. Extremism breeds extremism and terrorism cannot be defeated by extremism.

The Forum appeals to civil societies:

The Forum calls upon the Government: 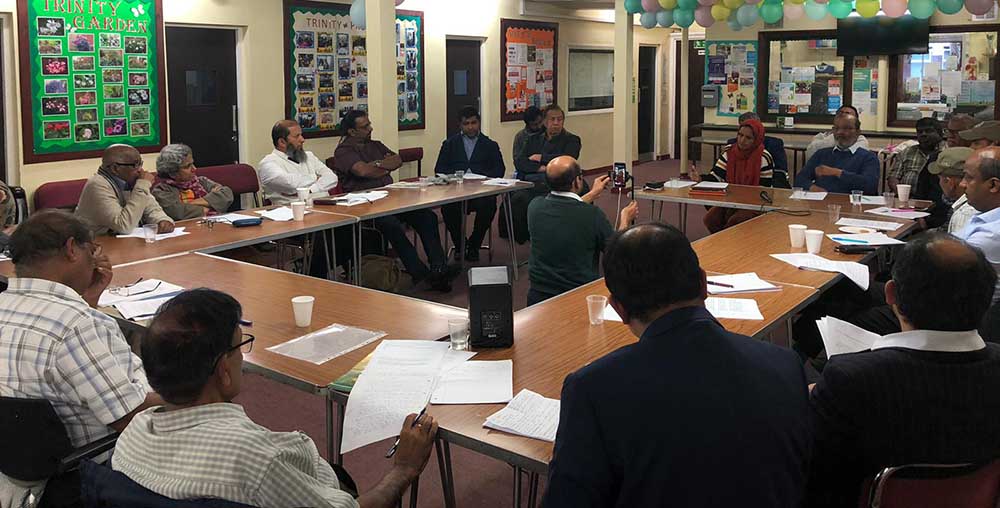