The real facilitator to the Wellampitiya bomb factory is not Bathiudeen but president Gamarala! Read the proof letter !! 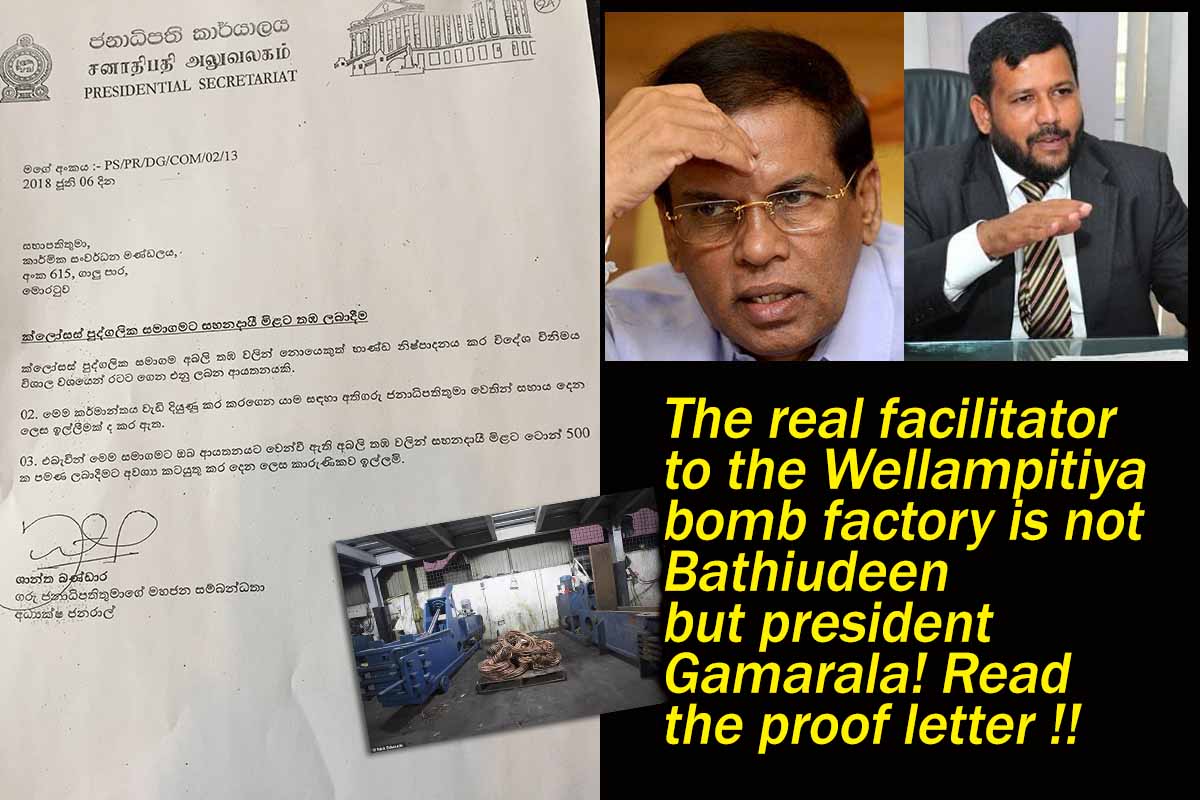 (Lanka-e-News -13.May.2019, 7.30PM) Although there were allegations against Minister Rishard Bathiudeen for supplying tons of copper to the millionaire businessmen Inshaf Ahmad’s factory Closures Pvt Limited at Wellampitiya, who detonated a suicide bomb at the Kingsbury Hotel in Colombo, it was revealed that it was President Pallewatta Gamarala who has insisted minister Bathiudeen to supply tons of copper to the suicide bombers copper factory.

Public relations director general Shantha Bandara of president Gamarala has sent a signed letter dated 6th  June 2018 to the chairman of Technical Development Board (under minister Rishard) to supply 500 tons of scraped copper for a concessionary rate to the above factory.

Lanka e news has no personal agenda o white wash minister Bathiudeen but it is our duty to reveal that the public that the alleged person for the disaster is not Bathiudeen but president Gamarala.