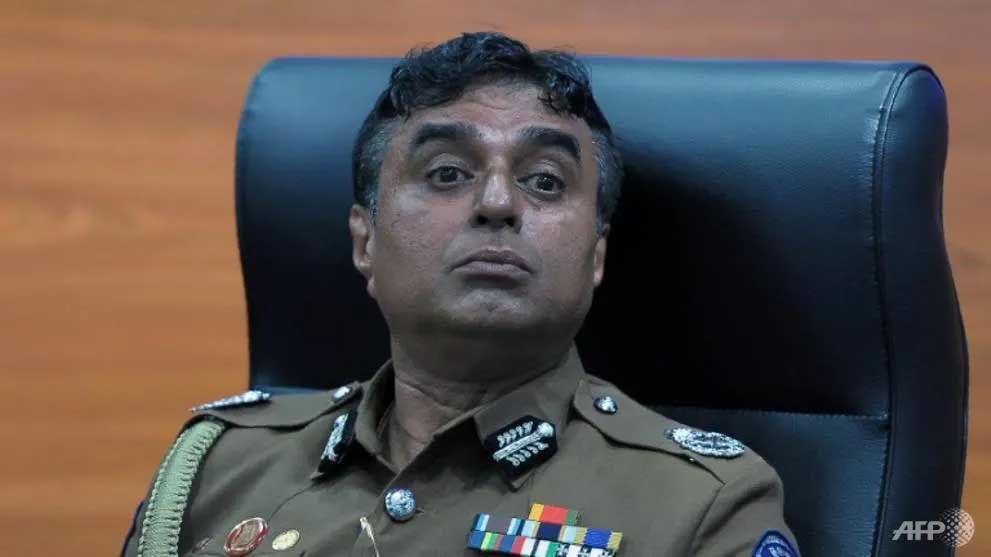 In the matter of an application under and in terms of Articles 17, 35 and 126 of the Constitution of the Democratic Socialist Republic of Sri Lanka

(in terms of the requirements of Article 35 of the Constitution)

3A to 3J Respondents

TO: HIS LORDSHIP THE CHIEF JUSTICE AND THE OTHER HONOURABLE JUSTICES OF THE SUPREME COURT OF THE DEMOCRATIC SOCIALIST REPUBLIC OF SRI LANKA

The Petition of the Petitioners above named appearing by Mr.Dinesh Vidanapathirana and Priyangika Jayawickrama Attorneys - at - Law of the Supreme Court of the Democratic Socialist Republic of Sri Lanka, Practicing in Partnership under name, style of VIDANAPATHIRANA ASSOCIATES his Registered Attorneys-at-Law states as follows:

Senior Superintendent of Police – on or about 02nd May 1996

Deputy Inspector General of Police – on or about 11th May 2005

Inspector General of Police – on or about 20th April 2016

Annexed hereto compendiously marked P1 and pleaded part and parcel hereof is a copy of the Curriculum Vitae of the Petitioner, which sets out in summary, his career trajectory and contributions. The Petitioner respectfully reserves the right to tender further proof of same, should the need for same transpire.

Relevant background and facts pertaining to this application

Annexed hereto marked P2 and pleaded part and parcel hereof in proof thereof, is a true copy of the Letter of Appointment received by the Petitioner, appointing him as Inspector General of Police.

Developments pertaining to extremist organizations (whatever is relevant);

INFORMATION PROVIDED TO THE PETITIONER AND ACTION TAKEN

The Petitioner annexes hereto marked “P3a” and “P3b” respectively the two letters aforesaid and the annexure to “P3a” is marked “P3c” and pleaded as part and parcel hereof.

A) The importance/reasons for informing SDIG – Western Province – Nandana Munasinghe

a. The Western Province is the political, administrative and economic nerve centre and hence is considered the most important province in the country;

b. The presence of a large number of important churches; and

c. The location of the Indian High Commission, identified as one of the targets.

a. The STF, the fighting and crime busting arm of the Police, is decentralized into 42 Territorial Divisions, covering the entire island;

d. The STF provides protection to Embassies on special requests and therefore has a good working relationship with them; and

a. All Counter Terrorism related matters are connected and conducted by the CTID;

b. The CTID conducts investigations and inquiries throughout the country into terrorism related matters.

The Petitioner annexes the aforementioned letters hereto marked “P4a”, “P4b” and “P4c” respectively and pleads the same as part and parcel hereof.

a) (then) Secretary, Ministry of Defence (Chair)

b) Chief of Defence Staff

c) Commanders of the Tri-forces

g) Senior Officials of the Ministry of Defence (Additional Secretaries)

a) Organizing sDIGs to coordinate matters;

b) Cancelling leave of police officers;

Annexed hereto compendiously marked P6(a), P6(b), P6(c) and P6(d)and pleaded part and parcel hereof are true copies of the letters from the Petitioner IGP to relevant senior officers of the Sri Lanka Police asking for reports/information.

a. H.E. the President made accusations that he was not informed of any of these events in particular against Mr. Hemasiri Fernando, the (then) Secretary, Ministry of Defence and the Petitioner IGP;

b. H.E. the President admitted that meetings of the NSC were not duly held, which were conducted in the form of Special Security Committee Meetings attended only by officials deemed necessary by H.E. the President, at his discretion;

c. H.E. the President stated that he had no confidence and trust in officers of the NSC including the Petitioner IGP;

d. Compensation for those affected by the bombings was discussed;

e. Certain issues concerning foreigners that were affected were discussed;

f. The matter of promulgating Emergency Regulations was discussed; and

g. The matter of the imposition of curfew was discussed.

a. H.E. the President stated that he was not willing to accept responsibility for the Easter Sunday attacks since he was unaware of the intelligence;

b. H.E. the President kept stressing that he was not informed by the Petitioner IGP and the (then) Secretary, Ministry of Defence;

d. H.E. the President pressured the Petitioner IGP to tender his resignation immediately, accusing the Petitioner that he had been grossly negligent of his duties;

e. H.E. the President also stated that should the Petitioner IGP tender his resignation, he will do the needful to ensure that the aforementioned inquiry reports do not adversely affect the Petitioner IGP and would appoint him as an Ambassador/High Commissioneror as a senior government official;

f. The Petitioner IGP responded politely, reminding H.E. the President that he was a police officer with a long and distinguished career of 34 ½ years in the Police Force;

g. The Petitioner IGP informed H.E. the President of the actions he had taken (as set out herein above) pursuant to the Intelligence Report given to him on 9th April 2019.

The Petitioner annexes hereto marked “P7”compendiously a true copy of the document submitted by the Petitioner dated 26th April 2019 given to the said Committee with annexures thereto and pleads the same as part and parcel hereof.

Annexed hereto marked “P9” and pleaded part and parcel hereof, is a true copy of the letter dated 29th April 2019 signed by H. E. the President sending the Petitioner IGP on compulsory leave.

WHEREFORE the Petitioner respectfully prays that Your Lordships’ Court be pleased to:

Registered Attorneys-at-Law for the Petitioner