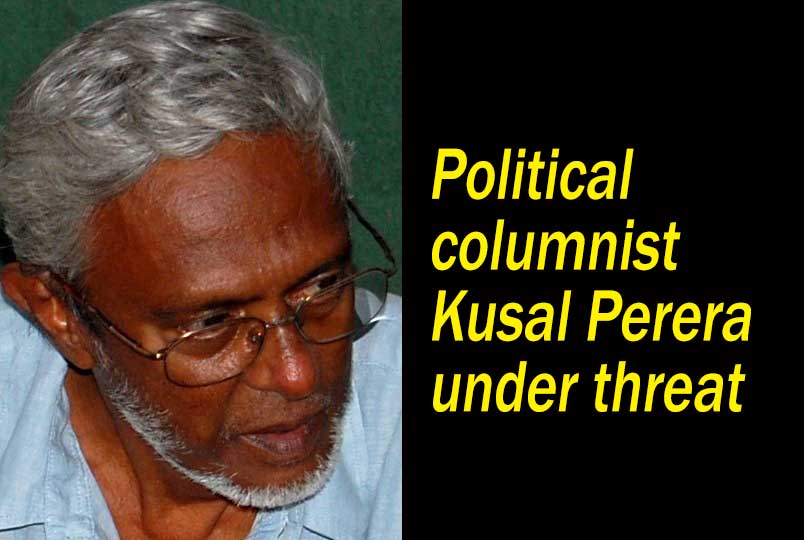 (Lanka e News -15.June.2019, 6.35PM) The Organised Crime Division is reported to have moved Colombo Magistrate Courts against journalist Kusal Perera and the Daily Mirror to investigate a complaint against his article on 17 May in the Daily Mirror on developments after Easter Sunday tragedy titled "From Islamic terrorism to marauding Sinhala Buddhist violence" being interpreted  as him flaming religious rivalry. He is therefore made liable to be arrested under ICCPR Act No.57 of 2007.

All through his long career in both print and electronic media, Kusal Perera has stood against all forms racism and has written extensively against extremism and terrorism while publicly stating so. He is internationally known for his very strong anti racist stand. He is accepted by all as an independent political critic. He was a regular political writer for the Sunday Lakbima too. Was often invited by Lankadeepa to write the Thursday political analysis. International media too seek comments from him as an independent political commentator.

On Friday afternoon police officers had visited the Daily Mirror news paper office to have statements from editorial staff, we learnt. This is the first instance a reputed senior journalist and a respected political commentator who publicly stand against racism and extremism is being investigated under the ICCPR Act that is meant to curb racism.