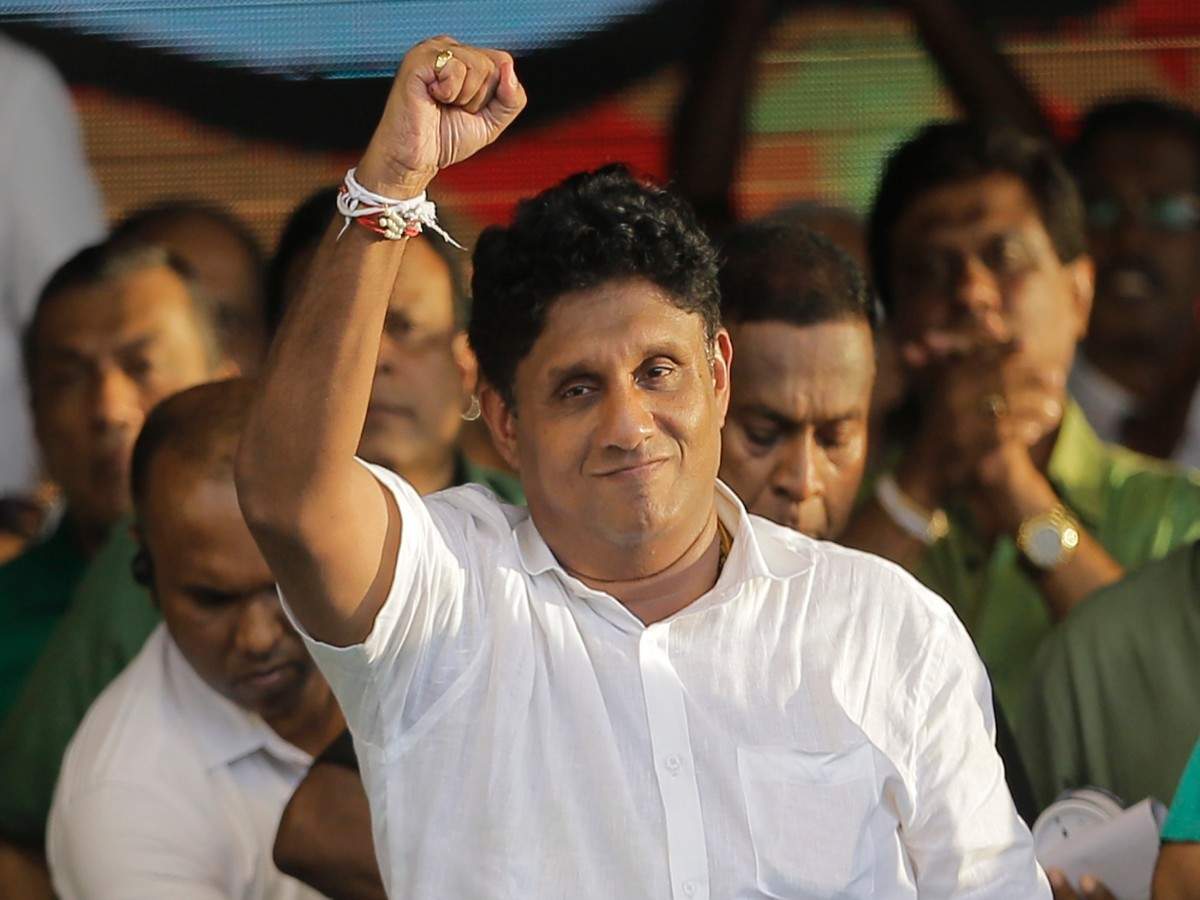 (Lanka-e-News- 08.Nov.2019, 9.45PM) I condemn in the strongest possible terms your desperate attempt to drag the Venerable Mahanayake Theras of the Three Nikayas into your fearmongering election campaign. On Wednesday, you publicly appealed to these Venerable Prelates to inject themselves into a political debate on your behalf by manipulating and misrepresenting the letter and spirit of my election manifesto. For your information, the Venerable Mahanayake Theras were among the first to receive copies of my manifesto. I have nothing to hide from the people of this country.

I am committed to maximum devolution within an “ඒකීය රාජ්‍යය.” I call it an “undivided and indivisible country.” You may call it a “unitary state.” I have pledged repeatedly and categorically that I will protect not only the unity of our state (“ඒකීයත්වය”), but also its territorial integrity, sovereignty and independence. The greatest threat that I see to the unity, territorial integrity and sovereignty of our state is a cabal of extremists who will stop at nothing to terrify and divide our people just to consolidate their own power.

The political coalition that you lead is packed with every breed of extremist our country has ever seen. Since your brother the candidate cannot muster the courage to face a debate or answer any question of substance, perhaps you can give the people the answers he will not to the following questions.

1. Your secret deal with Pillayan
You have already made clear that in return for the support of Pillayan, you will absolve him of responsibility for the vicious execution of a Member of Parliament who was was on his knees praying before his God at Christmas Mass. Once you have set him free, will you once again allow Pillayan to terrorize the people of the East, whose children he once stole and forced to fight for Eelam?

2. Your secret deal with Vardaraja Perumal
Vardaraja Perumal, who has sworn allegiance to your brother, is someone who as Chief Minister of the North-East illegally declared a state of Eelam and hoisted the Eelam flag. What did you have to promise to win the allegiance of this Eelamist?

3. Your secret deal with Karuna Amman
Karuna Amman murdered 600 police officers, bombed our most sacred Dalada Maligawa and slaughtered villagers in Aranthalawa in cold blood. What was the cost of his allegiance to your brother?

4. Your secret deal with M.L.A.M. Hisbullah
After your party screeched from every rooftop that M.L.A.M. Hisbullah was a terrorist complicit in the Easter Sunday attacks, what secret deal have you offered him in exchange for him asking his supporters to cast their second preference vote for your brother?

I cannot fathom how a political leader of your maturity, who has witnessed the devastation wrought by endless ethnic strife, could continue sowing divisions and fanning flames of fear among the citizens you have sworn to protect, merely because of your pursuit of power.

It is your duty as much as it is mine to reach out across ethnic and religious divisions, unite all Sri Lankans and move forward together, not to seduce our citizenry into turning on each other for petty political gain. I refuse to be lectured on defending our sovereignty and Constitution by a politician who only one year ago trampled our Supreme Law to seize power in an unconstitutional coup d'état.

I do not believe it is a coincidence that you were defeated five years ago at a presidential election held on 8th January, the anniversary of the murder of senior editor Lasantha Wickrematunge. Perhaps it is your destiny that the upcoming election falls on 16th November, the one-year anniversary of the day the whole country saw how you and your allies reacted in Parliament to the democratic defeat of your ill-conceived power grab. I firmly believe that on this anniversary, the people of this country will prove once and for all that they value their democracy over your family’s unquenchable thirst for power.