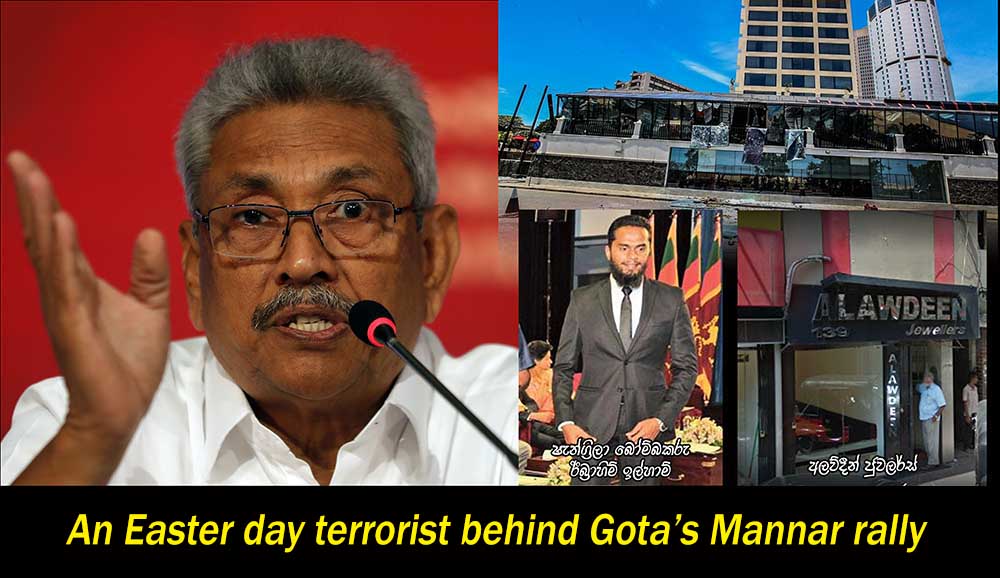 Alawdeen has distributed 1500 muslim caps to 1500 Tamils in Mannar, given each person Rs. 1500 as perks, lobbied them to join Gotabhaya Rajapaksa’s rally held in Mannar. The latter has organized a banquet to Gotabaya at his Mannar residence.

Alauddin's only daughter, Fatima Ilham, was married to the deceased Mohammed Ibrahim Ilham Ahmed. Investigations into the Easter raid have uncovered a sum of Rs. 200 million in a secret bank account of Alawdeen's daughter. No one knows how the money was received. It is also reported that Alawadeen is an accused for a financial fraud committed to the Department of Inland which has fined Alawdeen Rs. 50 million.

Since Lanka e-News Facebook page has been banned for a week due to the Rajapaksas' fraudulent complaints, so we urge you to share this articles on their social networks as much as possible.