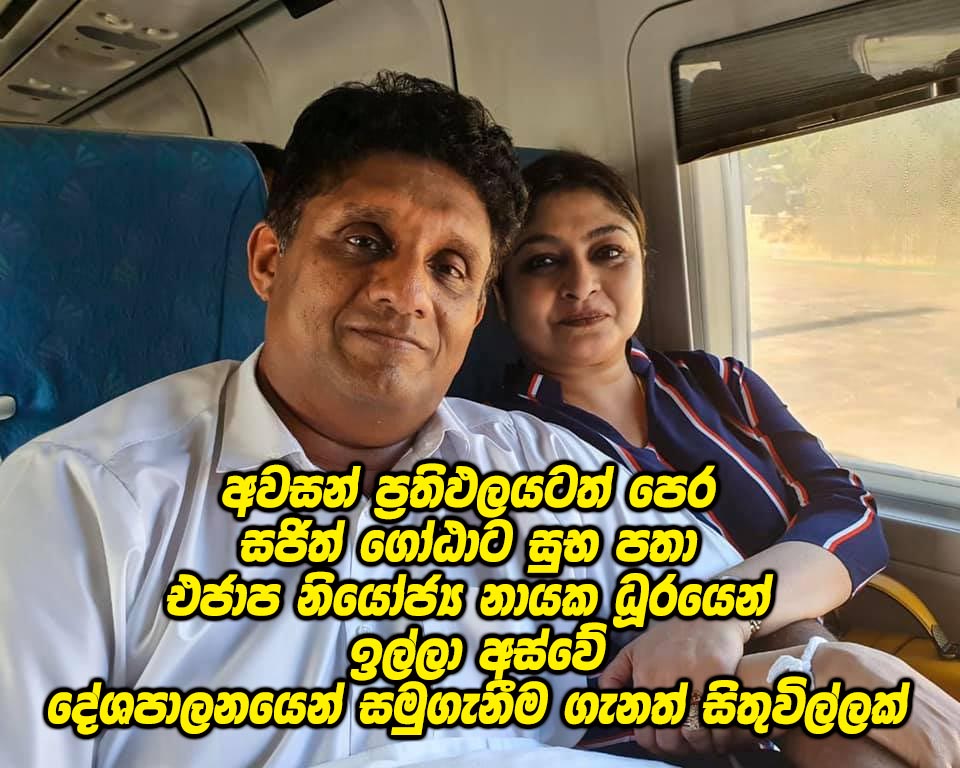 (Lanka-e-News 17.Nov.2019, 5.30PM) Issuing a statement Sajith Premadasa said that he has decided to resign from his party deputy leadership with immediate effect. Before the release of the final results Sajith Premadasa accepted his defeat, bowed down to peoples mandate and congratulated the new seventh president Gotabaya Rajapaksa.

Sajith has told his close friends that he has decided to quit politics even before the first presidential rally held in Badulla, if the people refused him he would no longer involve in politics. But his announcement did not explicitly say goodbye to politics.

At the conclusion of a hard fought and spirited election campaign, It is my privilege to honour the decision of the people and congratulate Mr. Gotabaya Rajapaksa on his election as the seventh President of Sri Lanka.

I express my heartfelt gratitude to all of our citizens who voted for me, in all corners of the island. I am humbled that you placed your faith in me. Your support has been a fountain of strength throughout my twenty-six-year-long political career. I also wish to place on record my gratitude to all those who worked tirelessly on my campaign. My family and I will never forget your sacrifice and dedication.

We have just witnessed the most peaceful presidential election in the history of our independent republic. This was a result of the democratic gains and institutional reforms that have taken place over the last five years, that empowered an independent elections commission and restored the rule of law. My appeal to the incoming President is that he take this process forward and strengthen and protect the democratic institutions and values that enabled his peaceful election as the 7th President of Sri Lanka. I also urge Mr. Rajapaksa to ensure that the post-election environment is peaceful, and that no citizen or NDF party supporter is persecuted or harmed for their role in supporting my candidacy.

For 26 years, I have been an active politician in this country. During that time, I have made every effort to serve the people, in my home district of Hambantota and wherever and whenever they needed my assistance. It has been my privilege to serve as Housing Minister in this Government for five years, prioritizing the creation of a home-owning society by 2025. I hope the people understand that these were sincere, heartfelt efforts to uplift the lives of my fellow citizens.

In light of today’s decision by the electorate, I have decided to step down as Deputy Leader of the United National Party with immediate effect.

In the coming weeks, in consultation with all those who supported my presidential bid, the people who have stood by me through my political journey and my loved ones, I will reflect on the future of my political career and where my life will take me hereafter. Bound to the people of Sri Lanka, I remain their faithful servant, today and always.