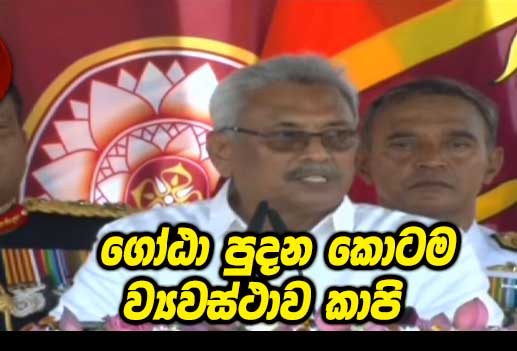 (Lanka-e-News 18.Nov.2019, 11.30PM) Gotabaya Rajapaksa violated the constitution within a moment he sworn in as the president. Addressing the people he said that “I have met you all as the executive president of this country, commander of the armed force and as the minister of national security who can safeguard the security of your beloved children"

This is a serious concern. If a president violates the constitution, it cannot be trivialized. Following is the video