“I was well aware that I could only win from Sinhala votes !!” President Gotabaya’s offending statement against the minorities 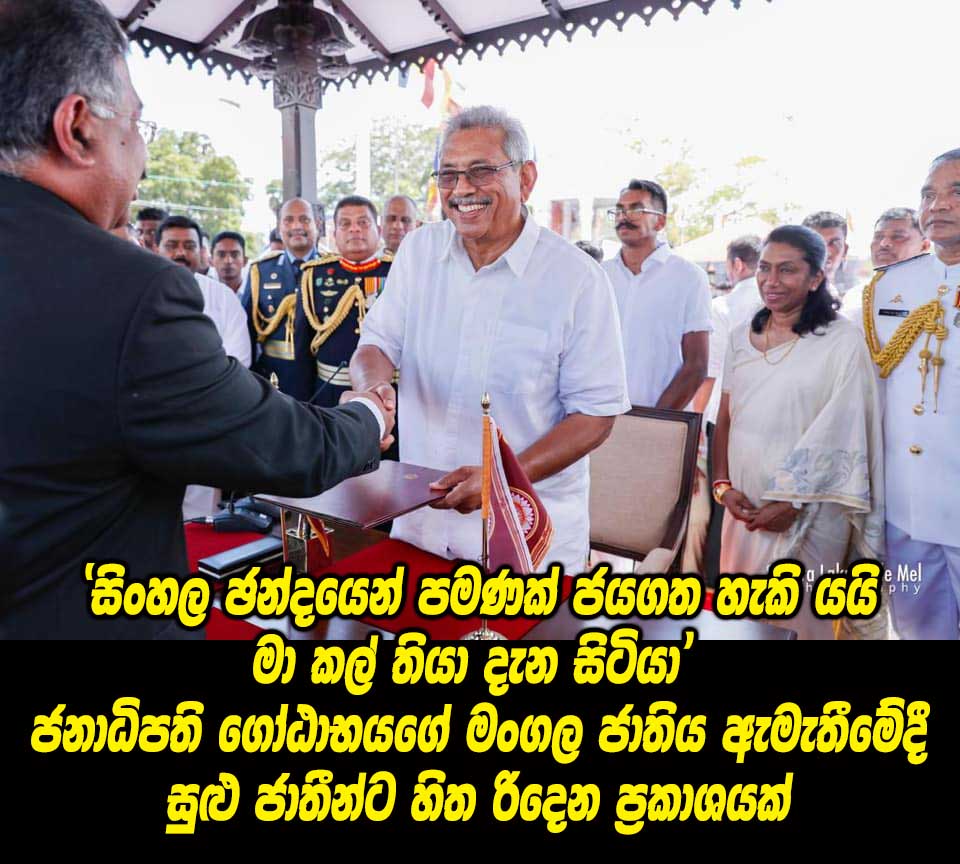 Following the swearing in while the addressing the nation he said that he was well aware that he could only win from Sinahala votes. From the statement he implied that in order to acquire the majority votes he was already conspiring a plot. However political analysts say that it is not suitable as a president to say such which affects the minority community on his first address to the nation. The following is Gotabaya’s statement.

“ . . . from the very first we knew the main factor for our victory is the sinhala majority. Although I know that I could win from the Sinhala votes I made a special request from the Tamil and Muslim communities, that is for them to take part in the victory. The response for that was not what I expected. However as the new president I urge all Sri Lankans to join me for the future development of the country”

He said that he would make a new government that could work with him.

However during the swearing in ceremony he did not wear the European suit, ariya Sinhala costume or the Rajapaksas famous kurahan shawl but he wore a normal white trouser and a white shirt on top.

Following are the pictures taken during the sworn in ceremony. 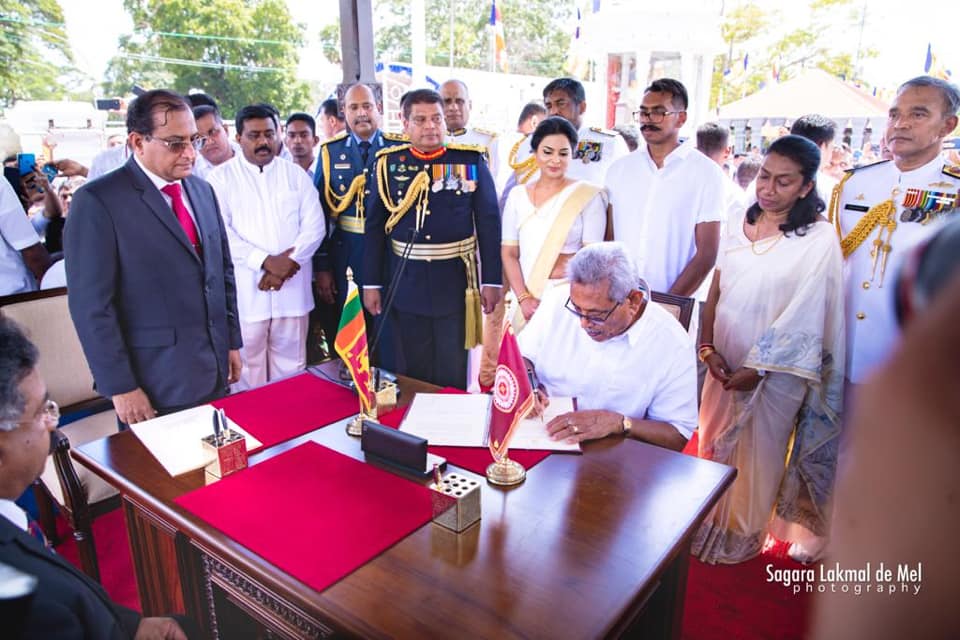 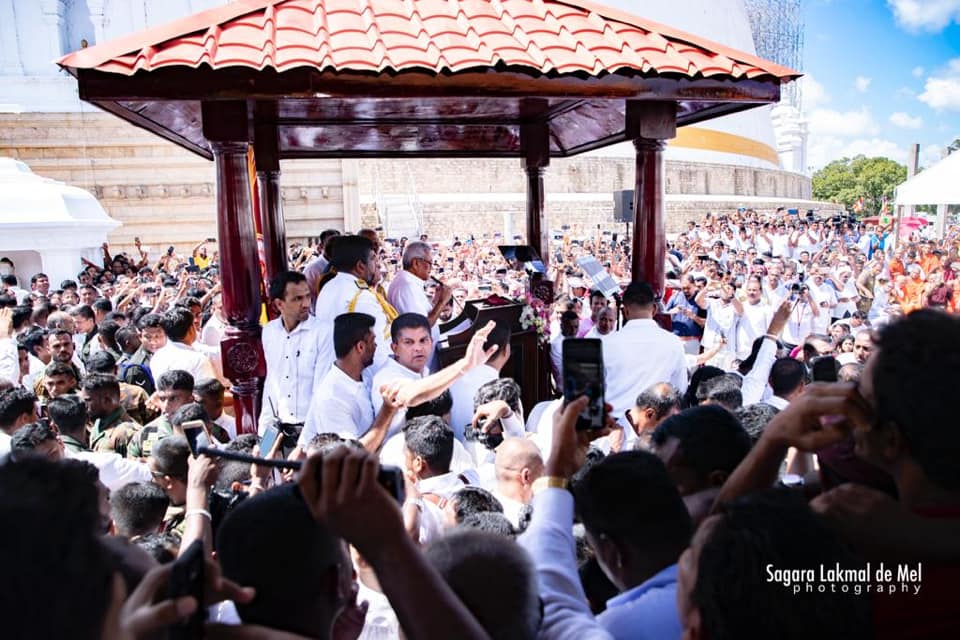 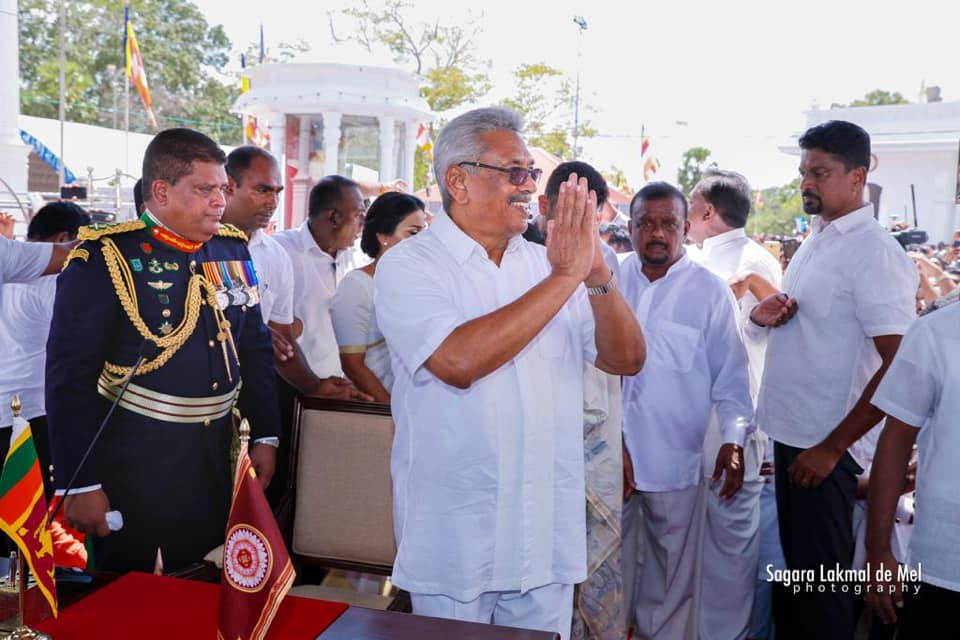