Opposition leader and prime minister Candidacy is given to Sajith, party leadership and alliance leadership remains with Ranil 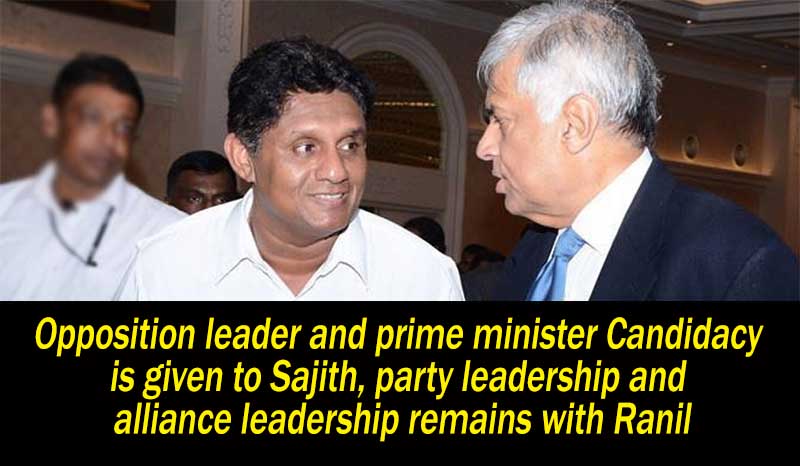 (Lanka-e-News -05.Dec.2019, 7.30PM) UNP parliamentarians including Ranil Wickramasinghe have decided to give the opposition leadership to Sajith Premadasa. This decision was taken today 5th at Sirikotha party headquarters

Following the appointment of the new government, the abduction of embassy worker, the suppression of the social media, police and CID and the increase of prices, people are waiting to see the role of Sajith Premadasa as the opposition leader. The main reason for the defeat of Sajith Premadasa is that the middle class of the country did not accept him. People are waiting to see how Sajith will face the challenge following taking his opposition leader post.