Rajitha to be arrested..! warrant issued..!! 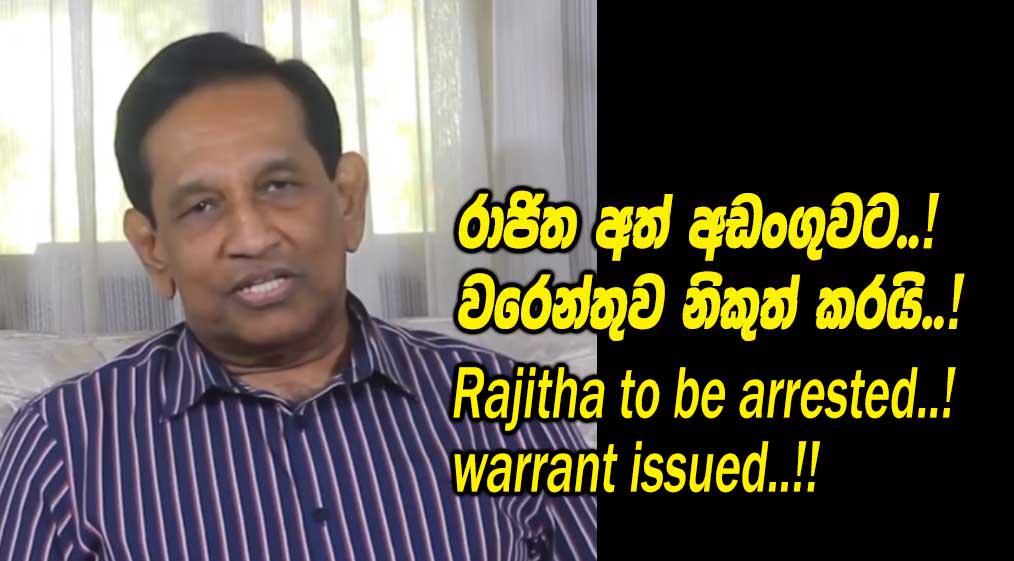 The CID has urged this request from the courts on the order of Attorney General Dappula De Livera. Rajitha filed three anticipatory bail applications stating that he was going to be arrested but the courts did not grant the expected bail. Meanwhile Colombo additional magistrate Priyantha Liyanage ordered a travel ban to Rajitha Senarathna yesterday.

Rajitha's house is full of lawyers and supporters when it is reported that Rajitha is about to be arrested this evening.