Gotas impotent government, start its witch hunts against Rajitha who is hospitalized..!! 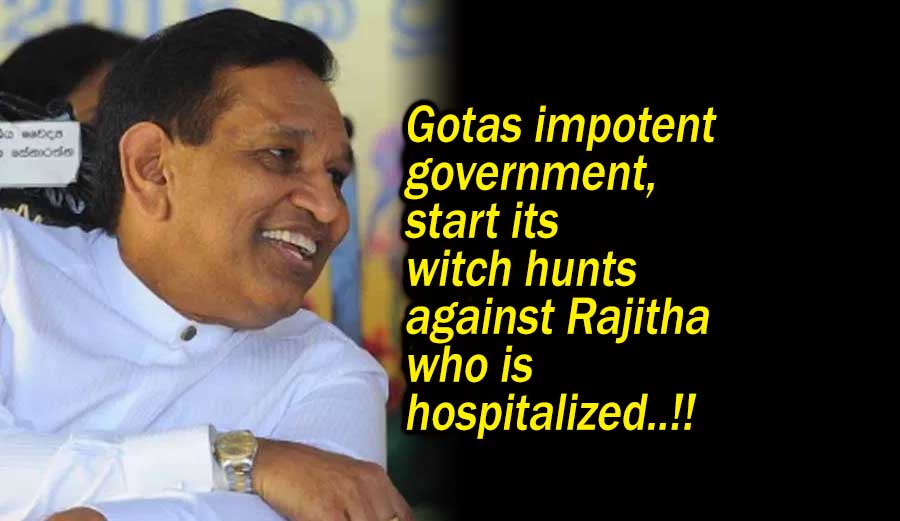 (Lanka-e-News -26.Dec.2019. 11.35 PM) Dr. Rajitha Senarathna entered the cardiac unit of a private hospital in Colombo yesterday when impotent Gota’s government who is unable to bring down the prices of essential food, exploited a press conference convened by Dr. Rajitha and issued a warrant against the former health minister. Dr. Rajitha is a person who has undergone a heart surgery.

The Colombo crime division (CCD) is waiting outside the hospital premises to take a statement from Dr. Rajitha until the doctor’s reports are released.

The CCD officers who took the court warrant yesterday was searching his official residence and his personal residence in Beruwala but unable to locate him.

Meanwhile, Rajitha's lawyers filed a motion in the Colombo Magistrate's Court demanding to recall the warrant issued for his arrest, but had been withdrawn this afternoon.

Dr. Rajitha Senarathna was the only health minister who has done a great job for the free health service in the country after independence.