Due to Ranjan’s idiotic activities many in trouble, doubt against Ranjan's own conspiracy to get apprehend by the police 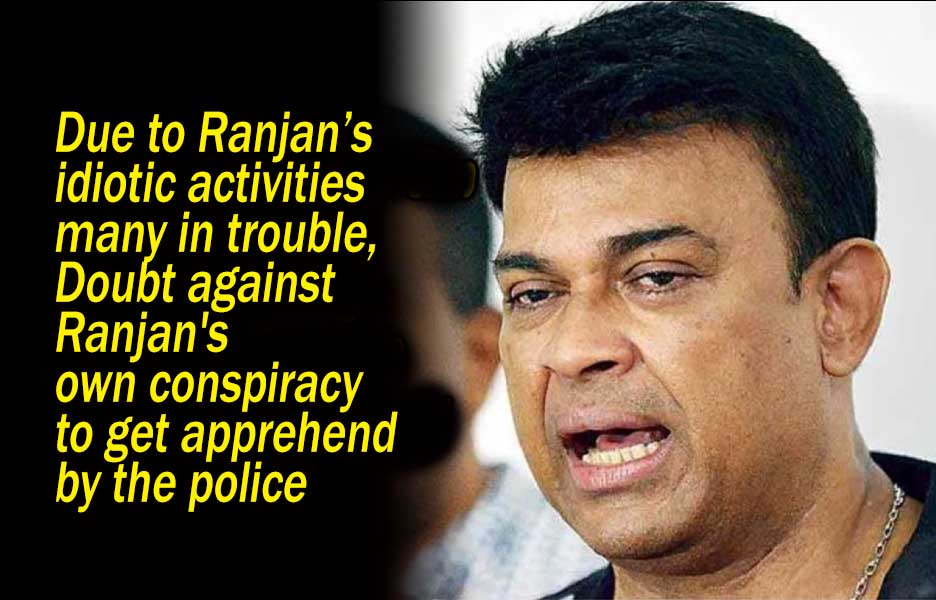 (Lanka-e-News 08.Jan.2020, 8.30PM) The Police Commission has commenced investigations against the suspected SSP Shani Abeysekera, who is a valuable detective due to the stupid deception of Ranjan Ramanayake.

The secretary of the national police commission said the investigations have started against Shani Abeysekara for exposing CID information’s to outside sources.

SLFP secretary and Minister Dayasiri Jayasekara said the judicial services commission and a special presidential commission should be appointed to investigate in to this exposure.

Sources said that there is a plan to arrest and remand Shani Abeysekara and it could be followed to few judges as well.

The UNP leadership is also in doubt of Ranjan that it could be his own conspiracy to hand over the audio clips to the police.

There is no anti corruption struggle led by Ranjan except flattery lip service. It has only betrayed valuable people. Such stupid idiotic nincompoops should withdraw from politics and live only on celluloid belts.