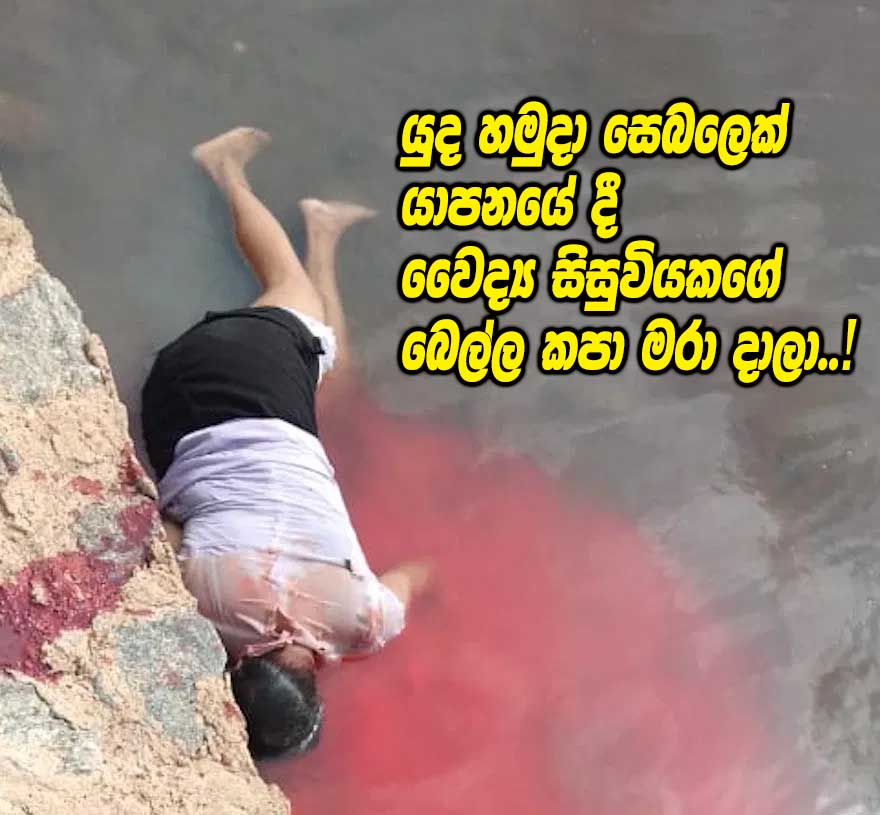 The incident has occurred near a garden located in the Pannai coastal strip. Residents have seen her lying under an umbrella along the beach with the soldier who was the victim's killer. She was later found dead around 2.30pm in the sea with a cut in her throat by a sharp weapon.

Following the incident the soldier has tried to escape but the residents has prevented him. Later the STF and the police has come and caught the solider. The dead body of the student has been handed over to the Jaffna hospital.

Although the mainstream media has reported this murder stating as Sinhalese medium medical student, they it has been concealed that it was committed by an army soldier.