Dr Jayampathi who left the country fear of his life resigns from MP post, Saman Ratnapriya fills his vacancy 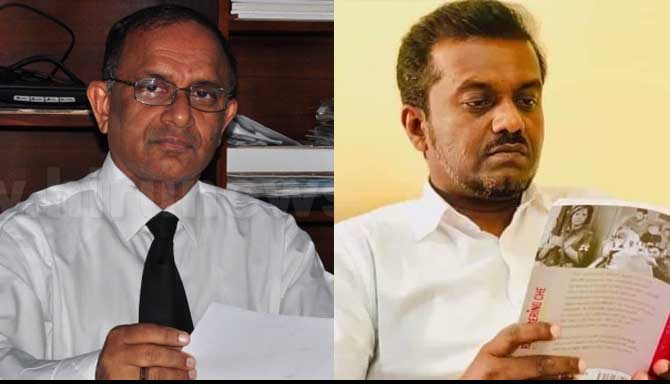 (Lanka-e-News- 23.Jan.2020, 11.30PM) Dr. Jayampathy Wickramarathne who represented the Samasamaja party and became a mp from the united people’s alliance resigned from his parliamentary seat from the 20th of this month.

The resignation letter was presented to the speaker of the parliament yesterday 22nd and later it was announced officially. The united national party has decided to nominate a leftist civil society activist Saman rathnapriya to fill the vacant parliamentary seat of Dr. Jayapathi which is a positive move. He is also the president of the Government Nursing officers association. This is the first time in the history of Sri Lanka that a nursing officer is elected to the parliament.

UNP General Secretary Akila Viraj Kariyawasam says that he will inform the Election Commission in writing today about the appointment of Saman Rathnapriya to to fill Dr. Jayampathy's vacancy.

When Gotabaya became the president, Dr. Jayapathi who was instrumental in bringing the 19th amendment left the country to secure his life. His fear was due to Kamal Gunarathna became the defense secretary, who once said that people who brought the 19th amendment are traitors, they deserve death and we should never allow them to lift their bodies over their knees to what we did in 88/89 period.

Not only Dr. Jayapathi, even the former army commander Mahesh Senanayake, former media secretaries and journalists too has left the country to secure their lives.

Dr. Jayampathi resigned from his post to allow the United National party to appoint someone more than keeping his parliamentary seat vacant.

President's Counsel Dr. Jayampathi Wickramaratne is one of the world's best known experts on constitutional law. He was also an intellectual who has contributed to form constitutions to foreign countries.