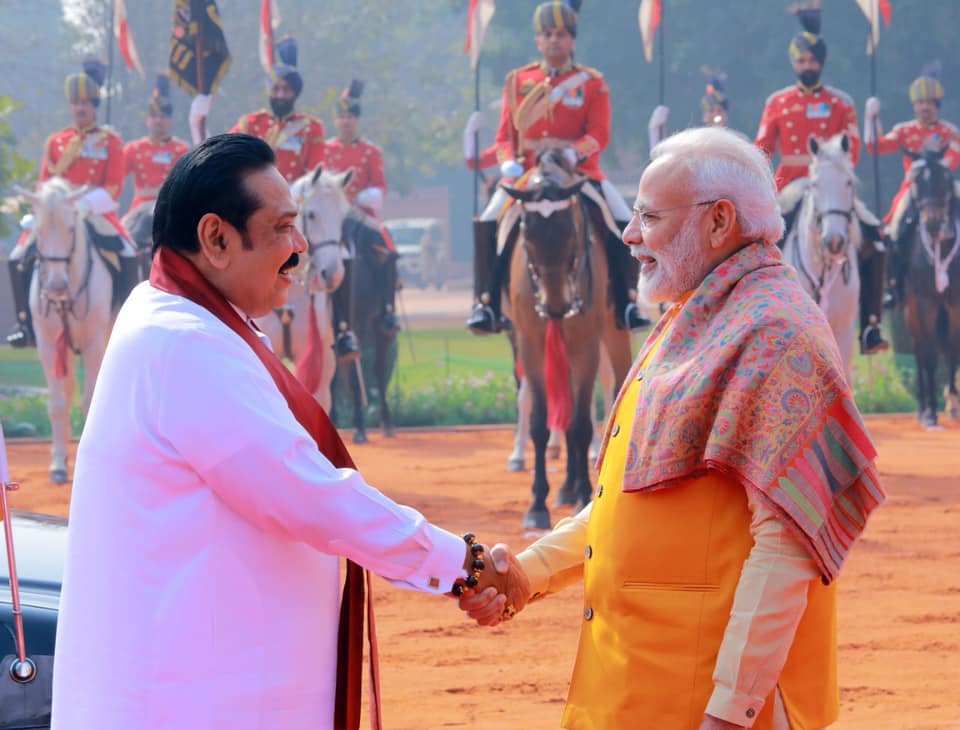 (Lanka-e-News -09.Feb.2020, 11.00AM) Prime Minister Mahinda Rajapaksa's first overseas visit to India after becoming Prime Minister and President twice again has become a hoax. Despite a five-day visit, the Indian leaders met the premier in two days and in the remaining three days Mahinda would be visiting places of worship such as Varanasi, Saranath, Buddhagaya and Tirupati.

The visit, which began on Friday, had ended by a joint statement made by Prime Minister Modi on Saturday. Besides the USD 400 million loan scheme and a USD 50 million purchase of defense equipments donation given during Gotabaya’s Indian visit to meet Modi, Mahinda received nothing. Apart general statements given by the head of state, during the Indian visit as how to jointly combat terrorism and how both countries should overcome the economic crisis it is amazing that India has not even asked Mahinda what concessions it would grant to the North.

During the period of good governance, India started many housing projects in the north and in the estate sector. Although Mahinda asked Modi to start similar housing projects in other parts of the country, but Modi did not give his consent. Douglas Dewananda and Thondaman too joined with Mahinda but even they did not receive any helps.

One of the highlights was the poor publicity given by the Indian media for Mahinda's visit. Not only from India but from Gota’s government too Mahinda received a poor publicity. The best example is the Government Information Department. At least the joint statement of the two Premiers Modi and Mahinda was not publicized by the Department of Government Information. Colombo political analysts say this reflects the cold war between the president and the prime minister.

However it is Namal Rajapaksa who is unofficially looking after premier Mahindas duties.