Biggest Corona cluster in South Asia, how Corona spread at the Welisara Naval Base, evidence with proof

An exposure by a special correspondent 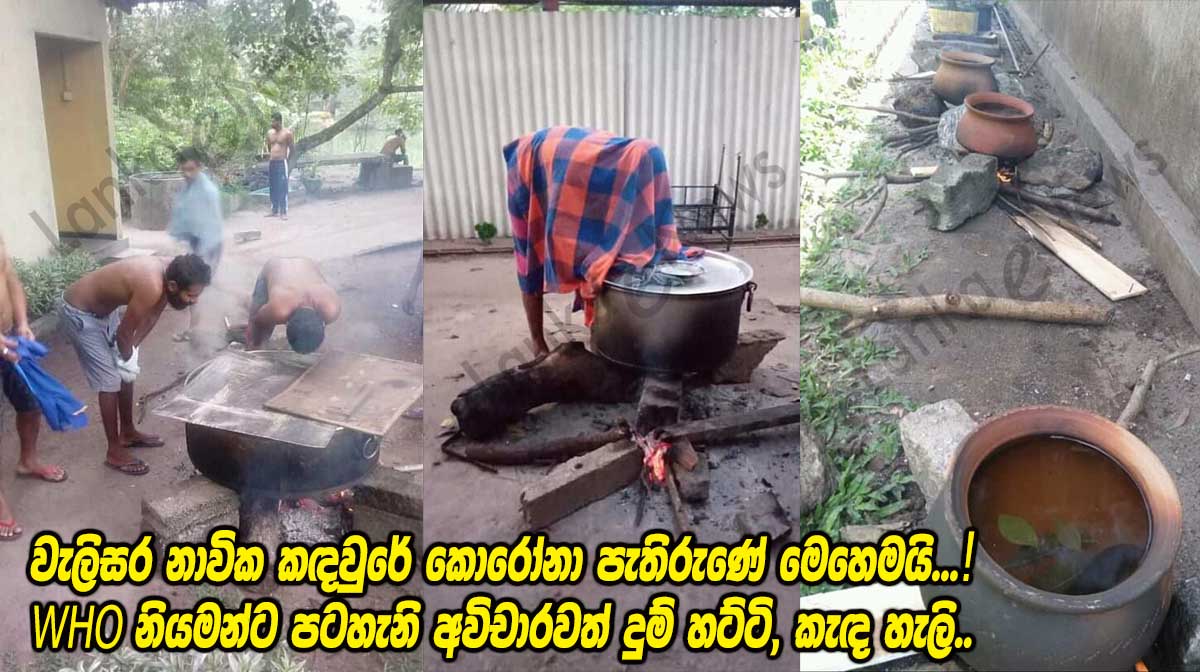 (Lanka-e-News -26.May.2020, 7.00PM) The people living in the naval base in Welisara, is in a fear of expressing their views on the spread of Kovid 19 virus. In spite of marines’ declaration the actual situation in the camp, they do so with great dismay.   Someone has to raise a voice for those who can’t. This is a record with the evidence.

There are nearly 4000 marines in the Welisara navy camp. In some houses there are 50-60 soldiers living residentially. The committee appointed to look into the spread of corona virus at the Welisara camp has stated that insufficient space for the camp to comply with quarantine laws.

It is now very clear that the disease is spreading among all the non-infected navy personnel due to the stupid decision taken to cancel the leave and bring them back to the camps without any tests.

However, the Navy personnel themselves have confirmed they are forced to inhale smoke and gave porridge to drink in the camp claiming to increase immunity. It is evident that the Navy spokesman so confidently speaks of the immunity of the soldiers in reliance on these 'unethical acts'.

The soldiers say around 1800 soldiers and 200 smoke pots were brought to a place named Gemunu, forced them to inhale the smoke. Soldiers also say that the effluent from the navy hospital is dumped in a pit about 200 meters away from the hospital and 100 meters away in the military houses. Of course these are things that should be burned immediately. Any donkey should understand that when dumped in pits, it is bad for everyone's health.

Soldiers say recently they brought 12 corona confirmed patients to the hospital but within few hours they were taken away. That was confirming they were not affected by Corona following a re-examination. It is exotic to say we cannot consider a person is none infected for Corona following the second PCR examination when he has been confirmed of corona at the first PCR test. This PCR test involves taking a sample mucous membrane of the infected person to check if there is a virus in it. If the virus is not present in that area the result would be received as none infected. But, in fact, other areas of his respiratory tract are highly susceptible to viruses. So even if the test is "negative" that does not mean that the person is not definitely infected. On the other hand, if a virus is detected in a person's first sample, he is permanently considered a "positive" patient. It is "positive" only if the virus is present in the sample.  But second or third samples taken from him may not contain virus. The results of the tests show that the person is not infected. So the truth is that once "positive," it can no longer be "negative." In fact, they can be diagnosed only by checking for antibodies in blood samples obtained after a few days. It would be a fatal error if people in a hospital ward, evacuated allowing them to mingle up with patients. From this it is very clear that these rulers are totally unaware of the Kovid 19 virus.

If one cannot clear an area where 4000 lives where the country is heading..

If 4000 soldiers reside in the camp and if 1000 test can be done in day, within four days all soldiers can be tested. It is best to separate the infected persons and send them to quarantine camps. Those who are not infected can have better results by repeating the test twice. As the authorities say there are no patients found in the community these days, it is imperative that all the facilities for inspection can be utilized and inspect for the Marines at the Welisara Navy Base. It is urgent and expeditious requirement to separate those infected, move them to quarantine centers or hospitals and completely empty the Welisara Navy Base and disinfect it. A question arise how those who can't 'clean up' a place with four thousand people "clean up" a country with a population of about 21 million.

An inquiry should be made immediately who forcibly deployed military personnel to bring smoke and porridge pots into the camp, inspect them, which are contrary to WHO norms. While this happening where were the medical directors and the hospital staff? How did those in charge of sanitation in the camp react? Disciplinary action should be taken against all those who spread the disease without proper disposal of infected waste. To bring all the troops from home and keep them in camps and provide them with all the means to spread the disease without is a grave jeopardy to put soldiers' lives on the premise that they can undergo any test, assuming the immunity of the troops is high.

When a drug is tested, there are world-renowned methods for testing. They can do so only with the consent of the individuals. Forcibly deploying soldiers inside the camp, calling them "heroic war heroes, "වීරෝදාර රණවිරු නාවික සෙබළුන්" by the media, playing songs and calling them as “one of our men "අපේ එකෙකි ඒ මිනිසා"” trying to create a completely different image for the general public by placing the soldiers and their relatives in the air should be condemned with contempt.

Therefore, it is necessary to conduct a proper investigation and take disciplinary actions for all the persons who are responsible for the casualties of the soldiers, who maintained bad health habits, environment and the forcible use of unethical medicines in the camp.

(Pictures show evidence of unscrupulous inhaling of smoke and undesirable waste at the Welisara camp.) 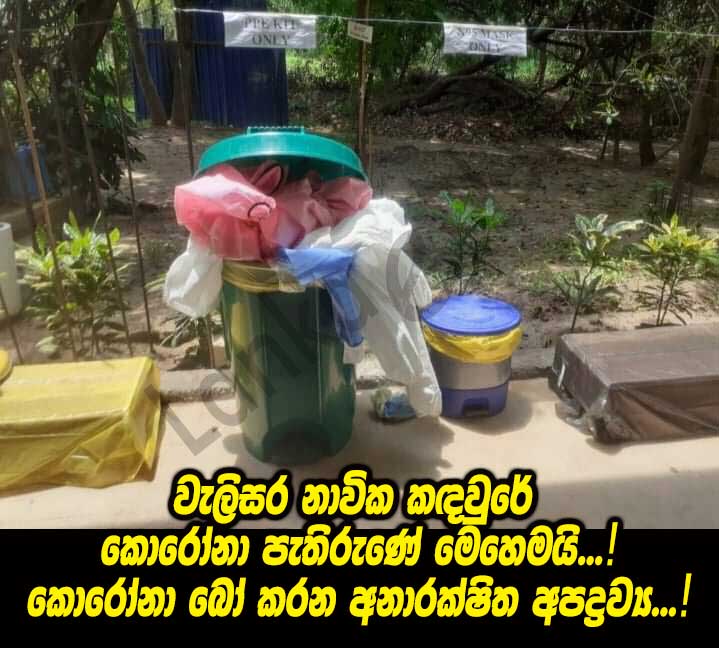