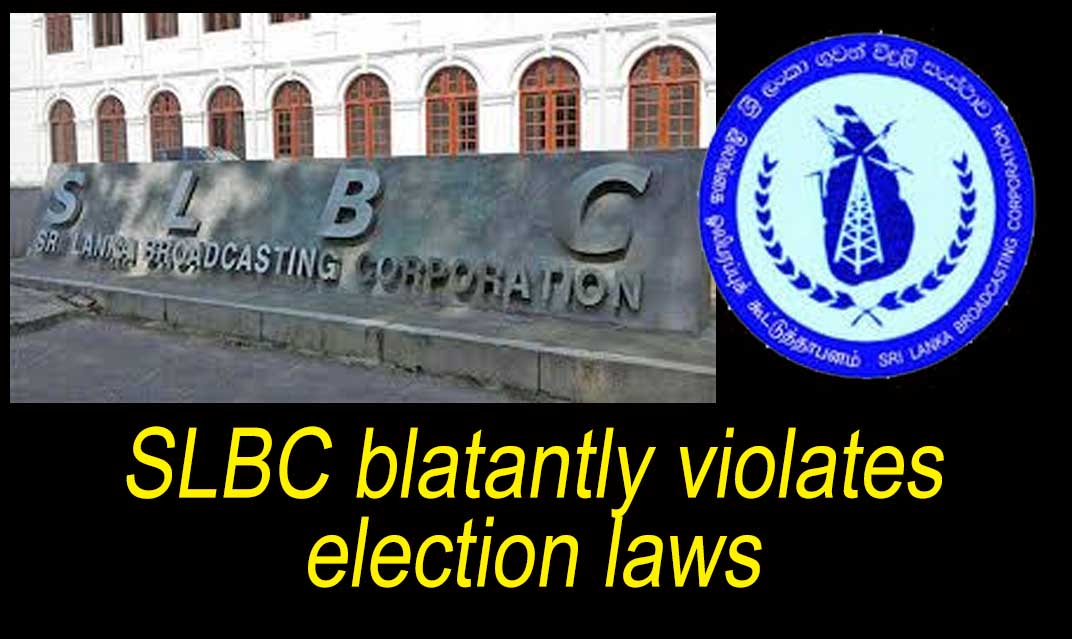 (Lanka-e-News- 03.Aug.2020, 11.10PM) Campaign for Free and Fair Elections (CaFFE) today informed the election commission that the Muslim Service of SLBC had been violating election laws during the silent period.

Although it is the silent period where no election propaganda is to take place, the Muslim Service of SLBC carried a voice cut by SLPP Beruwala organiser, Marjan Faleel urging the voters to support SLPP Kurunegala candidate Mahinda Rajapaksa.

This is also a misuse of public property. This is not the first time that the SLBC had violated election laws and CaFFE had lodged similar complaints to the Commission earlier.

CaFFE has also received a number of complaints about propaganda during the silent period. These include promoting candidates at religious establishments as well as distributing goods to voters .