Makandure Madush murder is a paradox for the government..! 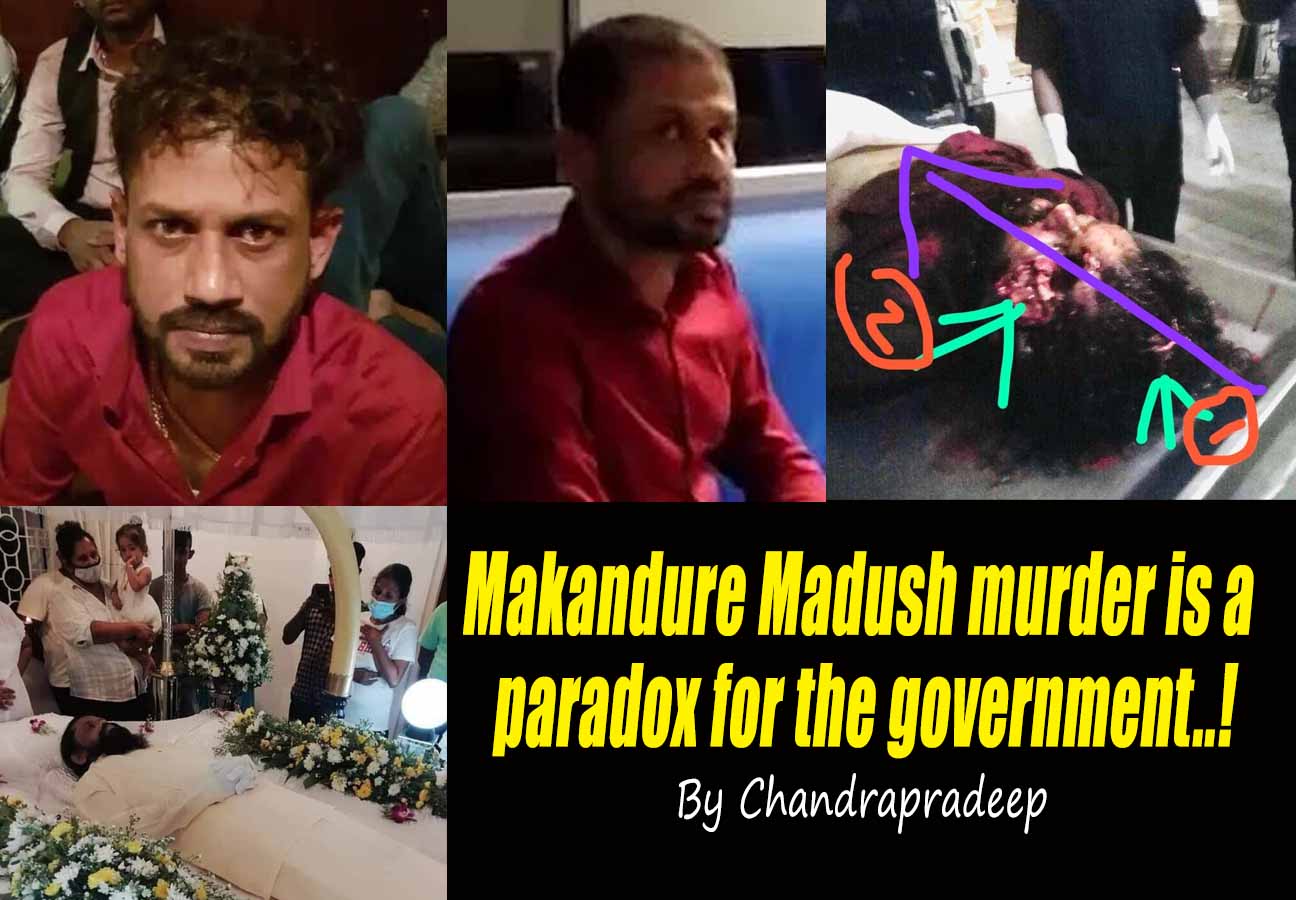 (Lanka-e-News- 21.Oct.2020.8.00PM) Samarasinghe Arachchige Madhush Lakshitha alias Makandure Madhush, a suspect in a number of crimes in Sri Lanka, was arrested by Abu Dhabi police in February 2019 and handed over to the Sri Lankan government in 2019 May. Senior police officers as well as senior lawyers say that making a false statement after being killed by the police in the Applewatta area in Colombo yesterday morning while in police custody on a detention order issued by the Defense Secretary for about a year and a half would become a paradox for Sri Lanka.

Thirty people were arrested with drugs by the Abu Dhabi (UAE) government along with Makandure Madhush. At the request of the CID in Sri Lanka, the Interpol issued a red warrant for Madush's arrest. As a result of the red warrant, the Abu Dhabi government handed over Madhush and other underworld leaders to the Sri Lankan government. Accordingly, the detention of Madush in Sri Lanka by the police is a matter linked with international than an ordinary underworld leader.

There are several other Sri Lankan underworld leaders living in the UAE now. 'Kosgoda Sujeewa' and 'Moril' are among them. Now bringing them to Sri Lanka is impossible.

The Interpol is also in trouble because the Interpol intervened to send a group of people arrested by the Abu Dhabi government to Sri Lanka without allowing them to act in accordance with the laws of that country. It should come as no surprise that they will not issue red warrants requested by Sri Lanka in the future and will not hand over those criminals to Sri Lanka who have already issued red warrants for arrests because no international body approves the punishment of any serious offenders under the law of the jungle. Accordingly this incident would prevent bring back Arjun Mahendran who has been issued a warrant by the Interpol.

Senior police officers and senior lawyers are of the opinion that the Rajapaksa tribal government has killed Madhush for profit and has done a great damage in the long run.

Madush murder and the determination of the date..

Madhush was in the custody of the CID. CID Director DIG Nuwan Wedasinghe was removed and replaced by SSP Nishantha de Zoysa. Nishantha de Zoysa is a limb of of infamous Vass Gunawardena, who was the DIG of CCD, now imprisoned for a murder. Nishantha Soyza is well known for his police brutality. As soon as he arrived at the CID, Makandure Madush was handed over to the CCD in Colombo. That was on the 17th. Madhush was shot dead at 3 am on the 20th. Alternative media had earlier stated that Madhush was handed over to the CCD to murder him.

The screenplay concocted by the police after the murder of Madush is an extremely weak one. Police say that Madhush was taken to show a place where the drugs were hidden, he was shot dead by a group of drug dealers. Police say someone was shot in the leg, but did not disclose his identity. Police also showed a motorcycle the drug dealers fled. At the time of the incident former army corporal who was a neighbour at the vicinity has kept a facebook post that he heard a police voice sayinng “kneel down, kneel down” and someone shouting as “no no” and heard gun shots. Then a motor cycle found at the incident was dumped by the police, but later the latter has refused. Whether his statement is true or false, even a small child who sees the corpse of Madush being shot can see that a bullet held by a man standing near the head of a kneeling man has drilled his eye and come out. Another deceit told by the police was that a nine mm pistol was shown as the shooting weapon, but the empty shell sheath that had fallen nearby was a T-56 bullet.

Who possess the Rs.10000 million owned by Madush in his 23 bank accounts?

Why did the police choose the crowded Applewatte area for Madhush's murder? The area is almost entirely inhabited by supporters of the Samagi Jana Balawega MP Mujibur Rahman perhaps to intimidate his supporters. Choosing early dawn 3am to kill Madush was to divert the countrys attention from the 20th amendment which is presented in the parliament on the 20th and the debate scheduled on the 21st and the 22nd.

Madhush has associated with a large number of politicians attached with Pohottuwa. It was Lakshman Yapa and his son who helped Madhush with forged passport and deported him from the country. It was them who dropped him at the airport.  Niroshan Premaratne, Club Wasantha, club wasantha’s secretary who was a dupe of Madush, Surannga Premalal, Mahinda Amaraweera ad his son Pasan Amaraweera had close links with Madush. It was through these politicians that Madush invest his illegal money. Nirosha Premarathne is is one of them. When Madhush was killed, these corrupt politicians become free from corruptions.

After Madush was brought to Sri Lanka, the police stated that there were over Rs.10000 million money in 23 bank accounts of Madush. Who possess that money now? The police who write murder screenplays should also reveal that.