People are dying on the road due to epidemic and famine ..! Evil government plays havoc ..! (pictures prove ) 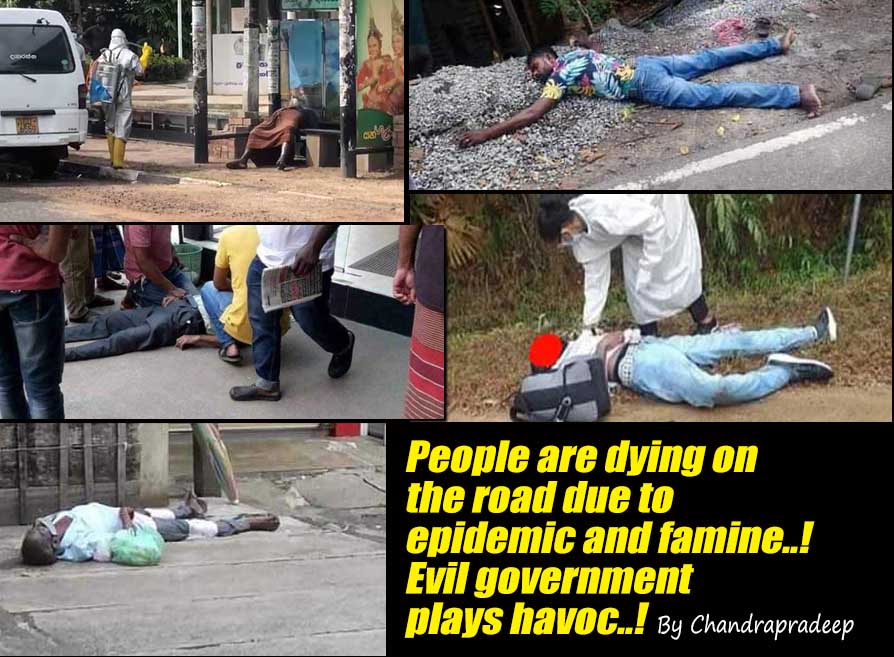 (Lanka-e-News -13.Nov.2020, 11.30PM)  Lanka e news have to report with intense sympathy that people of the country are burning to death in the middle of the roads due to the mismanagement of the kovid epidemic and the resulting famine made by the Rajapaksas and its military junta which used the Corona epidemic as a tool to win elections, and ripped the people following the election victory, concealing the factual situation from the people.

Only God above knows how many people are dying, including those who die in their homes.

When Lanka e News initially revealed that people were dying on the roads, we were crabbed, but we have received pictures of many of the victims. Due to the current unofficial media censorship, the lockdown situation and the fear of the military, the disclosure of factual information is very low. Below evidence shows few of those deaths.

Cause of deaths on the roads..

Deaths on roads are caused for both epidemic and famine because it has become extremely difficult for the poor to find food.

Following pictures show few road deaths in Puttalam, Gampaha, Kandy, Peradeniya and Mahawela, but larger numbers of deaths have been reported at houses without treatment. Some people die at home not because of corona but because of other chronic diseases without medication. For example, in the Athurugiriya area, a woman died due to kidney disease. She was discharged and sent home from the hospital without a blood transfusion. She was sent home to make room for corona patients. She died at home after being poisoned for not transfusing blood once a week. Others have committed suicide out of shock at the military activities associated with the epidemic.

Despite such a catastrophic situation in the country, Army Commander Shavendra Silva who is the head of corona control and acts as a specialist doctor recently said that only five people had died in Sri Lanka directly due to corona. It is clear from that statement that he does not have a brain similar to lice.

A kilo of vegetables that cannot be sold for Rs. 20 in Dambulla could not be transported to Colombo which is 150 km away to sell at least for Rs. 250. Thousands kilos of vegetables were destroyed in Dambulla. The situation in Nuwara Eliya is also similar. People in other areas are starving due to food shortages. Government or opposition politicos distributed goods during the election could not be seen here. The big hero who does big works or his army commander are boasting without deploying at least Sathosa Lorrie or army trucks and transport these vegetables mere 150Km. Therefore not only the plague but also the famine ad scarcity could be the cause of helpless people dying on the roads.

The main trumpet of the evil governments’ media 'Ada De Rena' channel or 'Kudu channel' is 'Meek' about the helpless deaths of the citizens on the roads and in the houses. Instead, they raise the issue of burying Muslim deaths to brainwash the masses. The Rajapaksas' theory is to cover up the real problems of the country with illusive games but this is not a problem but a tragedy in which citizens die on the roads.

The Rajapaksas are playing crazy, unable to control the plague or the famine. The president himself says, 'If I can go to war, I can do anything else.' Is it because war is possible that he left to the US during the war? People do not question him, but people have to say one thing to escape the fear of death.

'If you can not, give it to someone and leave'

(Thank you for the one who provided us the pictures) 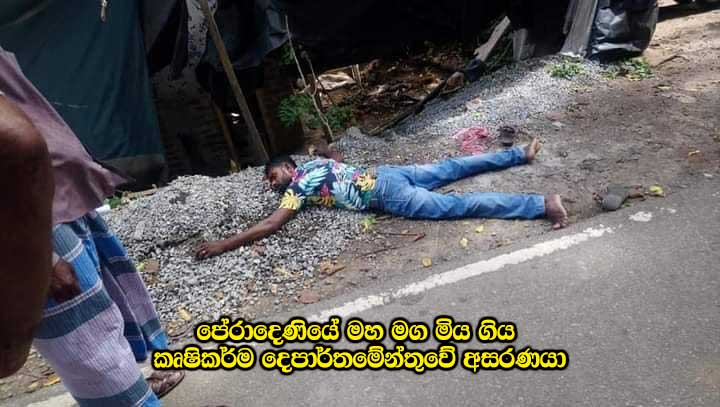 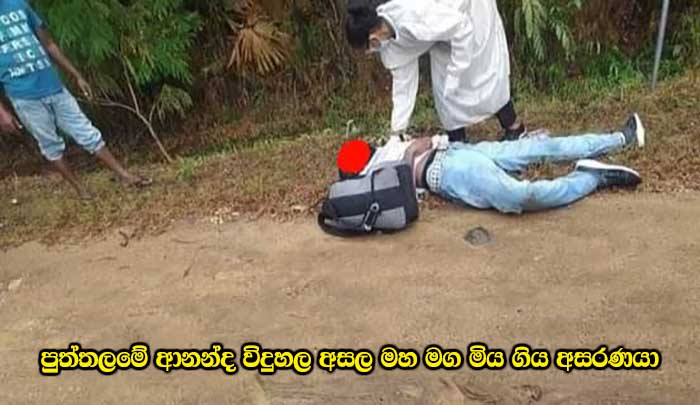 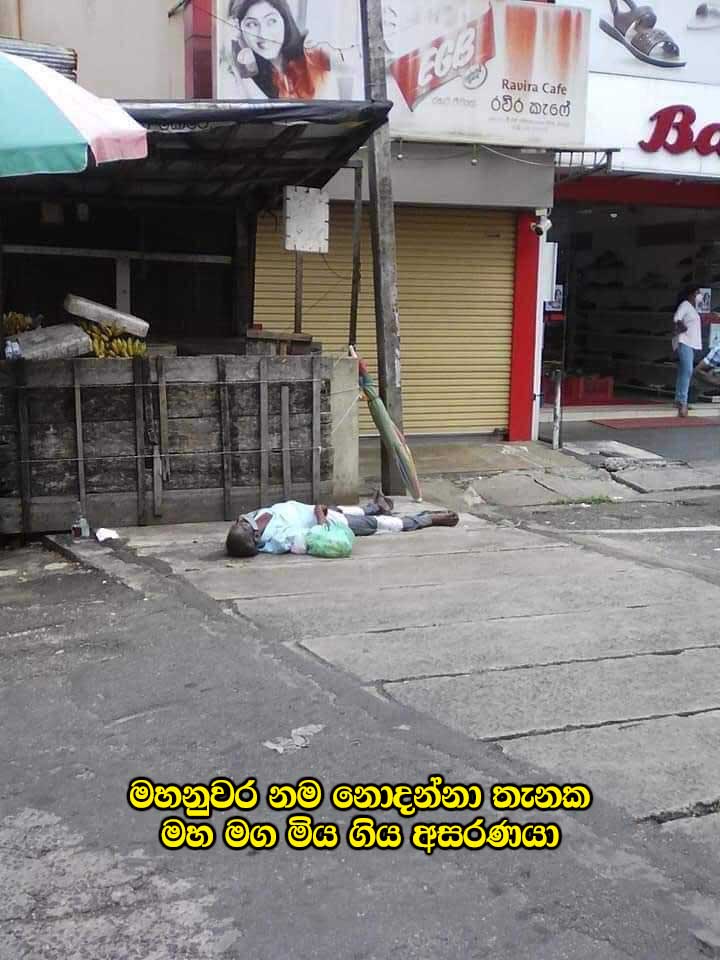 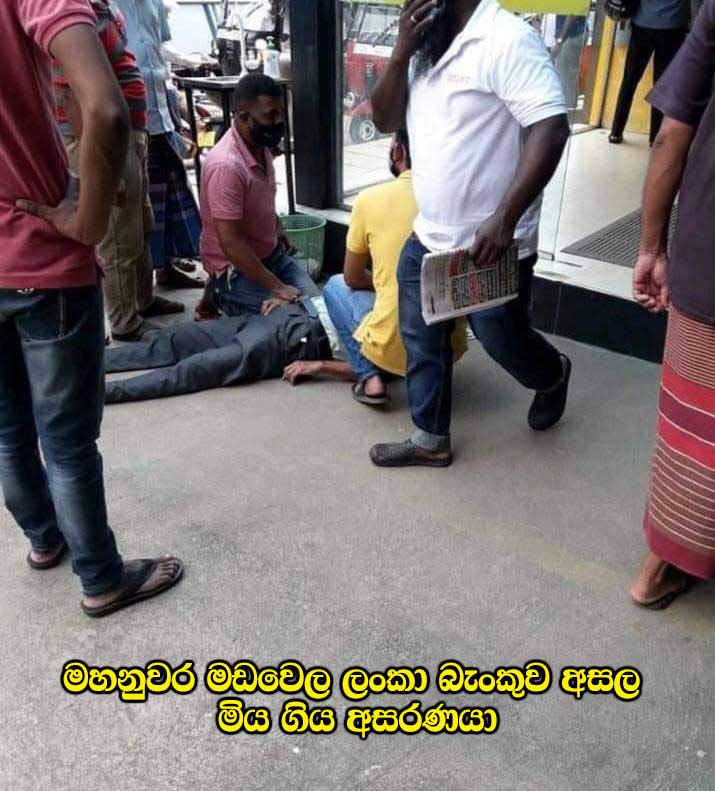 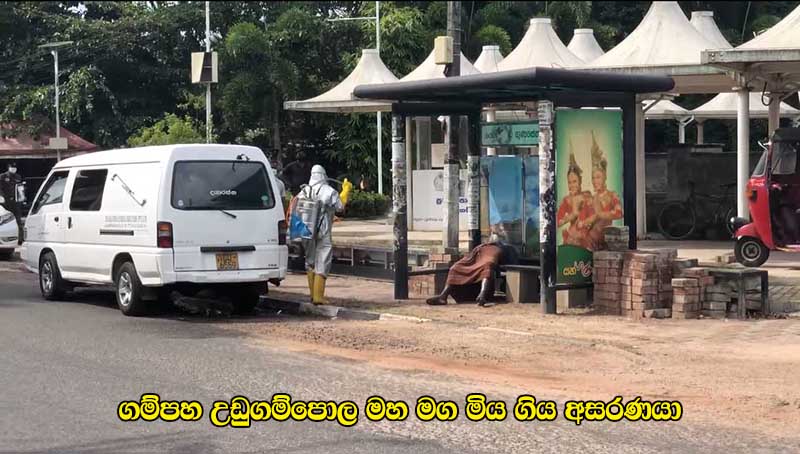 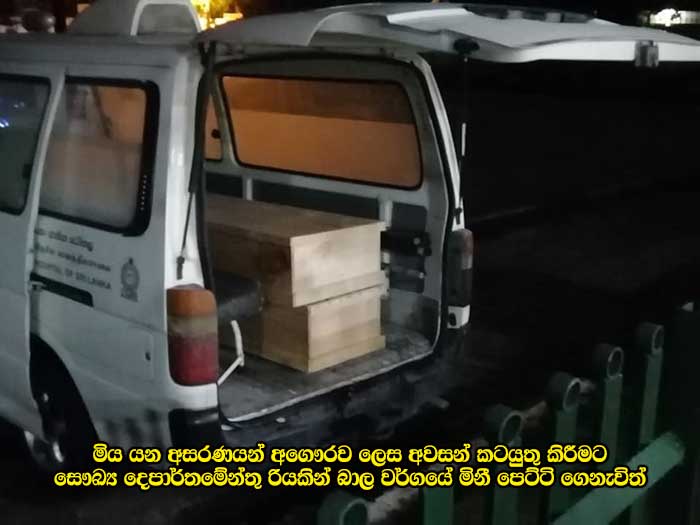 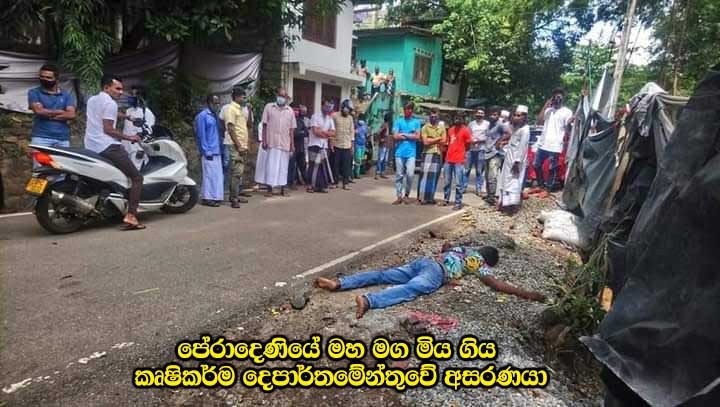 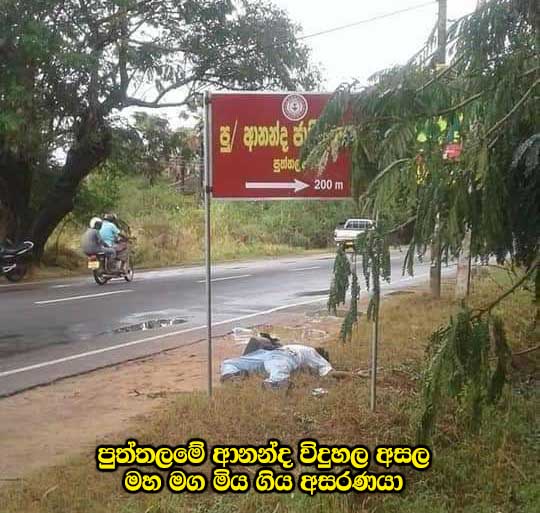