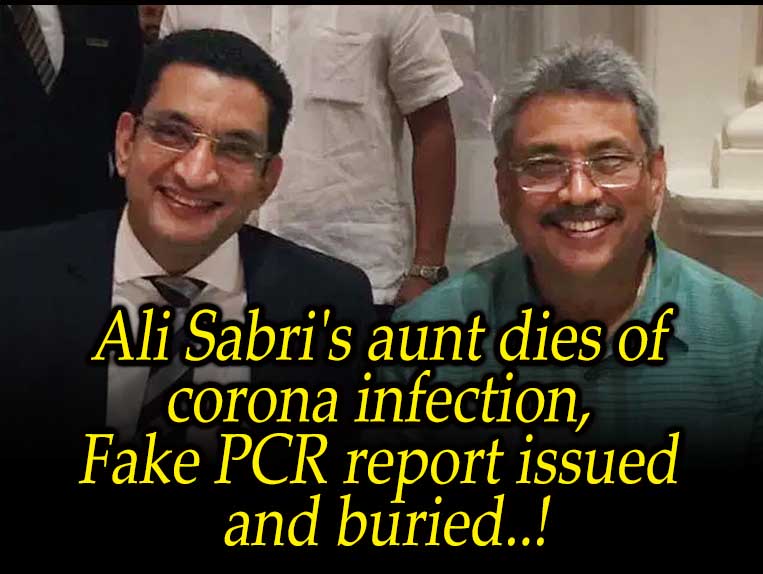 As soon the neighbours heard the news of her death it was informed to the local public health inspector.

However, the Ratmalana Public Health Inspectors took Fatima's body and checked for PCR. The test confirmed that she was infected with Kovid.

Fatima's body was released to relatives when health officials had no choice but to accept the mysteriously released second PCR report. Fatima's body was then buried in the cemetery of the Jumma Mosque in Kalubowila according to Muslim rites.

How did Corona Positive Fatima, a resident of No. 32 Walagamba Mawatha, mysteriously become a Corona Negative? Ahmed Junaidin Fatima Nilusha is the aunt of Gota goverments Justice Minister Ali Sabri.

What would the 'Pani Sumane' say now that if one Muslim body infected with corona is buried, he would lobby 20 million people to the streets?

What does Gotabhaya Rajapaksa, who promised the clergies , "I swear in front of the statue of Dutu Gemunu, that no corona positive body will be allowed to be buried on this earth" now, say?