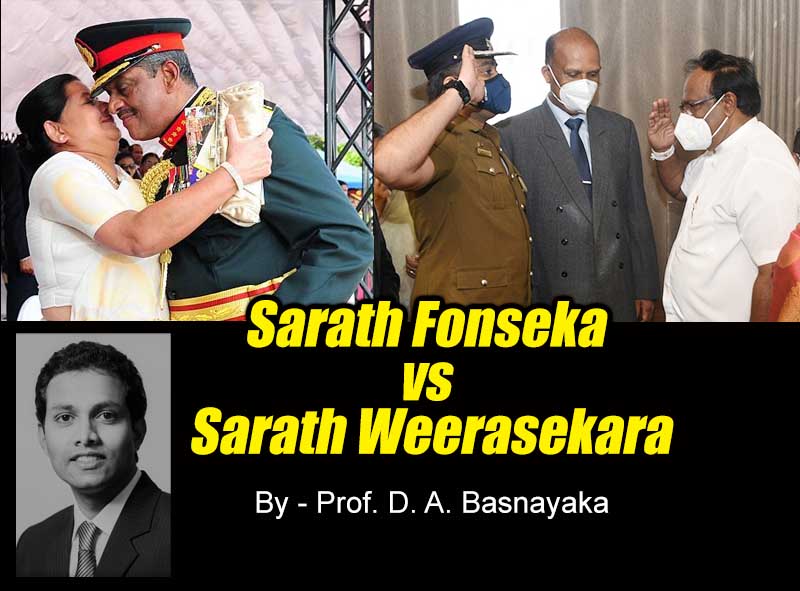 (Lanka-e-News -27.Dec.2020, 10.30PM) Recently Mr. Fonseka unwittingly found himself in a heated argument with Mr. Weerasekara in the parliament over a social media post, in which Mr. Weerasekara’s son can be seen saluting his father, who was recently offered a cabinet job. Due to the fact that Mr. Weerasekara’s son is a junior officer of the ministry, where Mr. Weerasekara holds the new cabinet position, Mr. Fonseka rightfully expressed his view that the social media post could give a perception of collusion, and should not have been posted, or the saluting should not have been done at all in a public place. On the other hand, Mr. Weerasekara and several other MPs argued that it is a sweet moment between a father and a son and Mr. Fonseka should be an inhuman person to criticise such a harmless moment. Why this incident is important and why it matters?

If one has to put both objective and subjective decision makers together, it is always desirable to put an objective decision maker with sufficient education and experience at the top. Otherwise, objective decision makers, under a subjective decision maker, tend to leave the group abruptly, or completely shut them down from participating in group efforts. For instance, we currently see a large swathe of law-abiding and capable people are extremely inactive in the society, and their contributions for big challenges of our time is next to nothing. We also see a growing trend that well-educated, well-trained, and well-settled Sri Lankans are leaving the country in despair creating a vacuum of role models. This is an unsustainable demographic trend, which has been creating adverse ripples through the social fabric for several decades.

As far as the governance of a country is concerned, the responsibility to choose the right kind of people from the nomination process to the selection of the cabinet falls exclusively on the very top leadership. If they find a favourable combination, objective decision makers will bring them glory. Otherwise, subjective decision makers in wrong places will create chaos and carnage. For instance, a single lapse of judgement in a battle field could mean thousands of lost lives, and in politics could mean the loss of decades of economic and social progress. If the top leaders are really serious about their leadership and legacy, it is more beneficial for them to take more time to study the thinking pattern of their own lieutenants rather than their enemies.

Closing Remarks: The writer has observed in several occasions that Mr. Fonseka, despite not having any degree or higher degree, has shown remarkable ability to plough through subtle issues objectively in order to reach to the core, which may be inspirational to many. It is reasonable to assume that this objective decision making ability had played a major role in his success in the battlefield. Meanwhile, Mr Weerasekara announced a worrying public security policy decision within days of his cabinet appointment, and continues to make lightly-thought statements in the parliament.