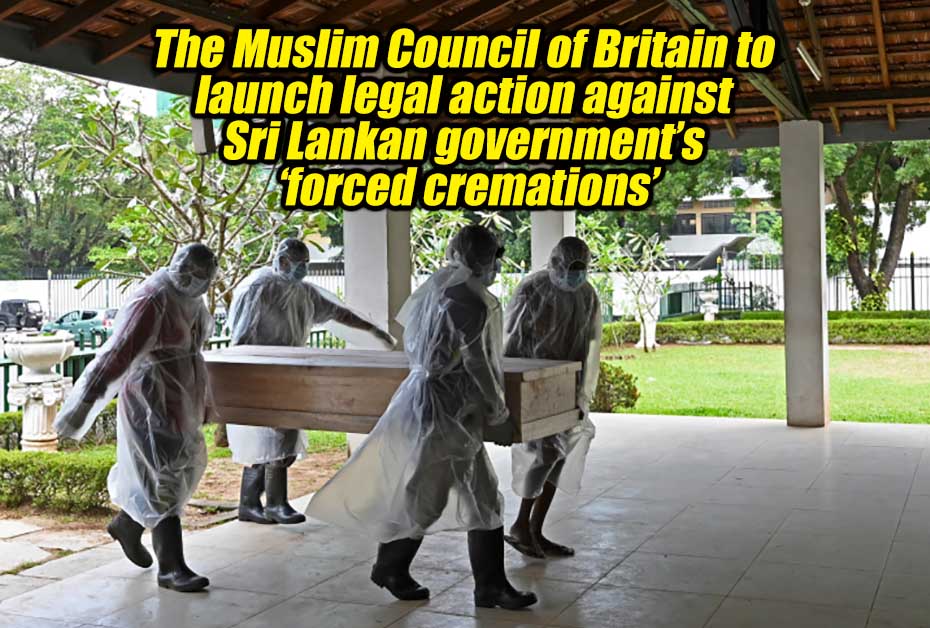 (Lanka-e-News -30.Dec.2020, 9.20PM) “The ongoing ‘forced cremation’ policy by the Sri Lankan Government of COVID-19 deceased has included a 20-day old baby and over 100 Muslims according to a reliable source.

In response to this, the Muslim Council of Britain has set up a Taskforce headed by Assistant Secretary-General, Zara Mohammed, consisting of UK-based Sri Lankan representative bodies, lawyers, medical experts, and senior leaders of the community.

The MCB taskforce has written to the Foreign Secretary and the Sri Lankan High Commissioner to request an immediate reversal of this ‘forced cremation’ policy and highlight its impact on Muslim and Christian communities.

“The forced cremations of Muslim bodies in Sri Lanka are a serious violation of the religious freedom of a minority group. It is a violation of international law to delay returning a family member’s body for burial in a timely way unless there is good reason to do so. In this case the Sri Lankan authorities have departed from the World Health Organisation’s recommendation for the safe management of a dead body during the coronavirus pandemic without any justification. In addition, the Sri Lankan Supreme Court’s rapid and unreasoned dismissal of the application made by family members of the deceased leaves no domestic remedy to what some have described as ongoing persecution of the Muslim minority in Sri Lanka. We are now preparing to bring this matter to the urgent attention of the United Nations Human Rights Committee for resolution”.

The Sri Lankan Government’s policy of forced cremation is unconstitutional in its very nature and continues to devastate the families of the deceased. It is now imperative for the international community to urge the Sri Lankan Government to reverse this policy, immediately. The MCB taskforce will pursue the necessary legal action to end this violation of human rights and allow families to bury their deceased with dignity.

( The Muslim Council of Britain is the UK’s largest Muslim umbrella body with over 500 affiliated national, regional and local organisations, mosques, charities and schools.)