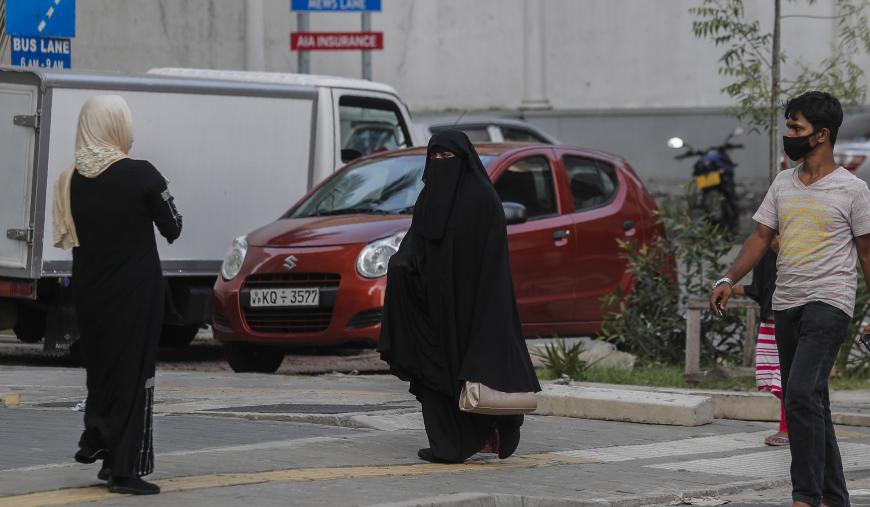 The regulation will allow the government of President Gotabaya Rajapaksa to more easily target religious and racial minorities, in violation of their basic rights. The United Nations Human Rights Council is considering a resolution to strengthen monitoring and promote accountability for human rights violations in Sri Lanka, after the UN high commissioner on human rights identified “clear early warning signs … of future violations.”

“The Sri Lankan government has added a new weapon to its arsenal of abusive laws, putting religious and racial minorities at greater risk of torture and prolonged detention without trial,” said Meenakshi Ganguly, South Asia director at Human Rights Watch. “Instead of addressing the UN’s concerns by repealing the notorious Prevention of Terrorism Act, the Rajapaksa administration is embracing it with a vengeance.”

The regulation broadly allows the authorities to detain and “rehabilitate” anyone who “by words either spoken or intended to be read or by signs or by visible representations” causes the commission of violence or “religious, racial or communal disharmony or feelings of ill will or hostility between different communities or racial or religious groups.”

Instead of being tried, the suspect faces detention in a “reintegration center” for up to one year. The defense minister, currently President Rajapaksa, is empowered to extend the detention for a second year.

On March 12, the public security minister, Adm. (ret.) Sarath Weerasekara announced plans to ban Islamic face coverings, which he claimed was justified on “national security” grounds. He also said he intended to shut down over 1,000 Islamic schools in the country. If imposed, the actions would be a serious violation of the right to religious freedom.

The Rajapaksa administration has used the Prevention of Terrorism Act and other laws to target members of minority communities, especially Muslims and Tamils, while taking no action against those inciting violence and discrimination against minority groups. Among those currently detained under the act are Hejaaz Hizbullah, a Muslim human rights lawyer who has been in custody since April 14, 2020, and Ahnaf Jazeem, a Muslim poet who has been in detention since May 16, 2020, for a book of verse promoting peace and toleration.

Sri Lanka’s relatively small Christian community has also been targeted. “You can’t even write anything on Facebook,” a Christian activist told Human Rights Watch. “Anything could happen. We don’t feel safe to express ourselves. They could lock you up under any pretext.”

For nearly a year, the Rajapaksa government imposed a policy requiring cremation, instead of burial, for anyone who died with Covid-19, in violation of Muslims’ religious rights. The government claimed the policy was necessary to protect public health although it had no medical basis. It was abandoned in March, after considerable domestic and international pressure.

The United Nations Human Rights Council in Geneva is considering a resolution that would strengthen monitoring of Sri Lanka’s deteriorating human rights situation and create a mechanism to collect and analyze evidence of violations for use in future prosecutions. Several senior members of the current government are implicated in alleged war crimes and other grave abuses during Sri Lanka’s civil war.

The draft resolution also calls upon Sri Lanka to “review the Prevention of Terrorism Act, and to ensure that any legislation on combating terrorism complies fully with the State’s international human rights and humanitarian law obligations.”

The government’s latest repressive measures highlight the importance of the Human Rights Council adopting a strong resolution that will help to prevent future abuses and advance accountability for past atrocities, Human Rights Watch said. UN member countries should also act on the recommendation of the UN high commissioner for human rights, Michelle Bachelet, and impose targeted sanctions, including travel bans and asset freezes on Sri Lankan officials implicated in grave violations.

At a meeting in January, the European Union, Sri Lanka’s second-largest trading partner, urged Sri Lanka to amend the PTA and bring it in line with international standards. Sri Lanka has previously undertaken to ratify and put into effect several human rights treaties to benefit from preferential EU tariffs, known as GSP+.

The Sri Lankan government “confirmed its intent on revisiting the provisions of the PTA with a view to making the appropriate amendments.” Because the new regulations make the PTA more abusive, not less, the EU should remind Sri Lankan authorities of the GSP+ consequences of persistent failure to comply with their human rights obligations, Human Rights Watch said.

International development partners, including the United Nations Office on Drugs and Crime (UNODC), the EU, Interpol, and others, are currently supporting a €4.5 million counterterrorism project with Sri Lankan security forces. They should immediately suspend their engagement until the Sri Lankan government adopts measures to make purported “counterterrorism” policies compliant with international human rights standards.

“Sri Lanka’s new regulations will only make matters worse for families of victims and other government critics already facing harassment, intimidation, and surveillance,” Ganguly said. “The UN Human Rights Council should send a message loud and clear that these abuses need to stop.”