The Rajapaksas are the masterminds of the Rs. 77 billion worth of heroin seized by India..! Those arrested have exposed everything 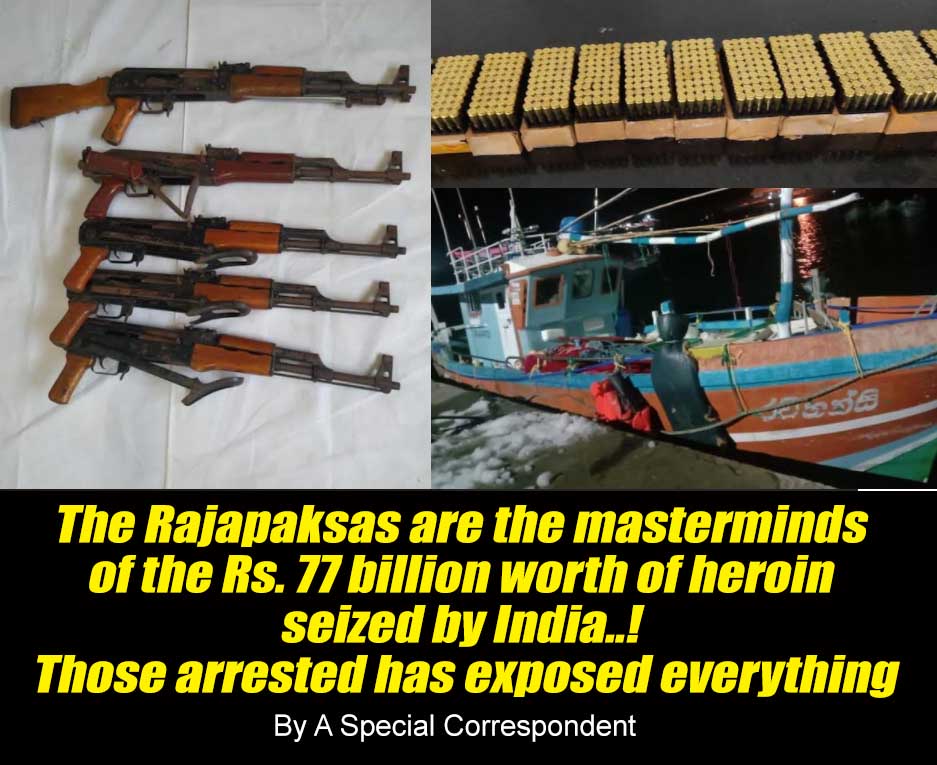 According to a Tamil Nadu intelligence report, the suspects were identified as 'Prasanna Wijewickrama' alias 'Baddegama Suda', an underworld leader in the Southern Province of Sri Lanka. It also stated that he is a close friend of one of the Rajapaksa comrade. According to a Tamil Nadu report, he owns eight star-rated hotels, including the Tissa 'Tamarind Tree' hotel on the fence adjacent to Medamulana.

Attached to the report are photographs of several high speed trollers used by the gang for smuggling. Even the places where they were parked are shown in the report with the photographs. The report also states that a building belonging to him near High Level Road is operating as a hub for running a drug network. (A photo of that report is shown here)

Gota government is quiet despite Indian information Although India has so much interest in anti drug trafficking, President Gotabhaya Rajapaksa, the Commander-in-Chief of the Ministry of defense, and his security forces are ignoring the fact.

This is the second time in two weeks that India has seized a stockpile of narcotics from Sri Lankan drug traffickers on March 25th. On March 5th a vessel carrying another 200 kilos of super heroin, 60 kilos of hashish were seized and six Sri Lankans were arrested off the coast of Lakshadweep.

In November last year, India also seized 120 kilos of heroin being transported in a boat called 'Shenaya Duwa' in the Kanyakumari seas. Its value in Sri Lankan currency is Rs. was about 26 billion. Despite the capture of all these heroin stocks by India, the Gota government in Sri Lanka despite not giving support has maintained a policy of silence without giving any publicity within the coutry, which has become a serious concern for the Indian government.

The estimated heroin users in Sri Lanka are about 65000. However the actual heroin users are believed to be around seven times larger than that. In the 80s and 90s, Pakistan and India were the main producers of heroin to Sri Lanka. Now that situation has changed. Currently, heroin comes to Sri Lanka mainly from Afghanistan. Today, Afghanistan accounts for about 90% of the world's heroin supply.

Heroin goes through Sri Lanka to countries below Sri Lanka, to eastern countries such as Indonesia, the Philippines, Malaysia and Australia. Sri Lanka is also one of the leading countries in sending heroin to the African continent. A large part of the heroin trade takes place at sea. According to the latest report released by the United Nations Office on Drugs and Crime, Sri Lanka has been identified as one of the world's leading heroin headquarters. Although Gota is not as concerned about the UNODC report, the Indian government has taken strong action on the growing situation. Indian intelligence has stepped up information gathering and operations on Sri Lankan smugglers in the Indian Ocean region.

The results of the Indian Defense Operations against Sri Lankan smugglers during the last year (2020) are as follows. Among those arrested were 14 drug lords including Kimbula Ela Guna. This is indeed a situation where the great hero Gota should be ashamed.

The Sri Lankan security forces are afraid to touch the drug Godfathers because of the relax policy of the top political authority in Sri Lanka. Crime law in Sri Lanka is like a spider web. The wholesale smugglers break the law like a cobra breaking a cobweb. Day today drug addicts get trapped in the cobweb-like ants.

Sri Lanka's reckless policy on war crimes and national reconciliation is now in the spotlight. Sri Lanka has already become a respondent before the UN Human Rights Commission. Over the past year, the United Nations Office on Drugs and Crime (UNODC) has transmitted its intelligence to Sri Lankan security forces via satellite technology.

However, according to UNODC officials and the Indian security forces, the Sri Lankan security forces have failed to respond quickly with proper coordination. If this situation continues, Sri Lanka will be branded by the world as a failed mafia state. 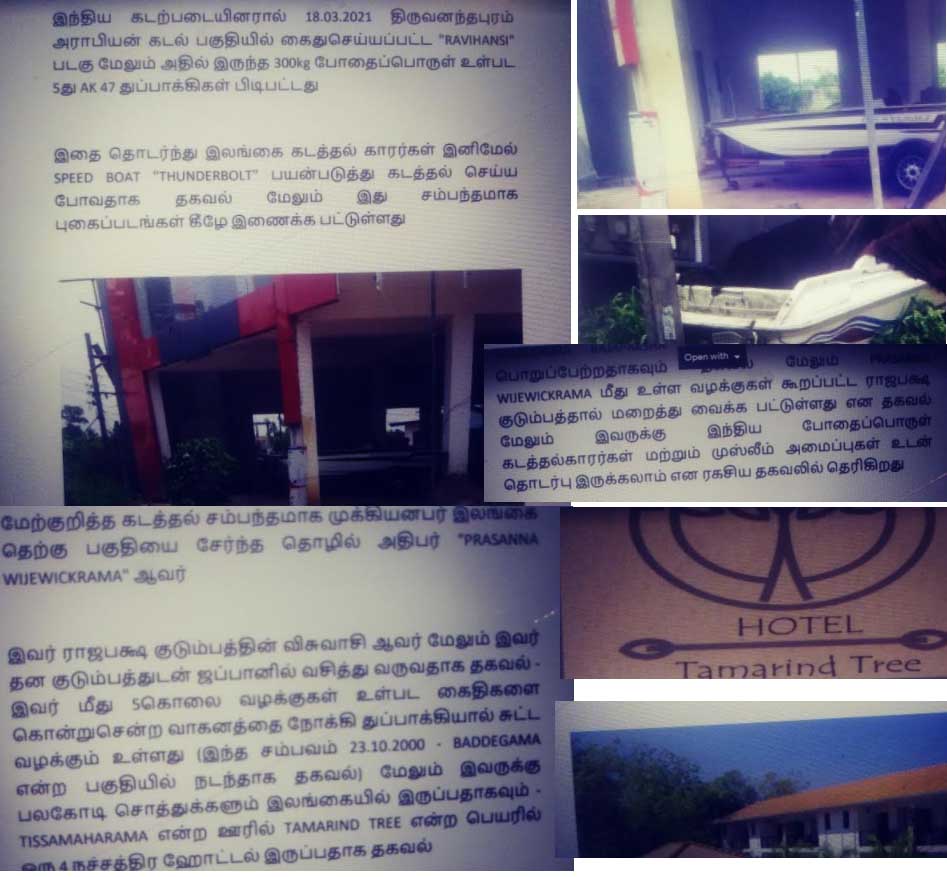