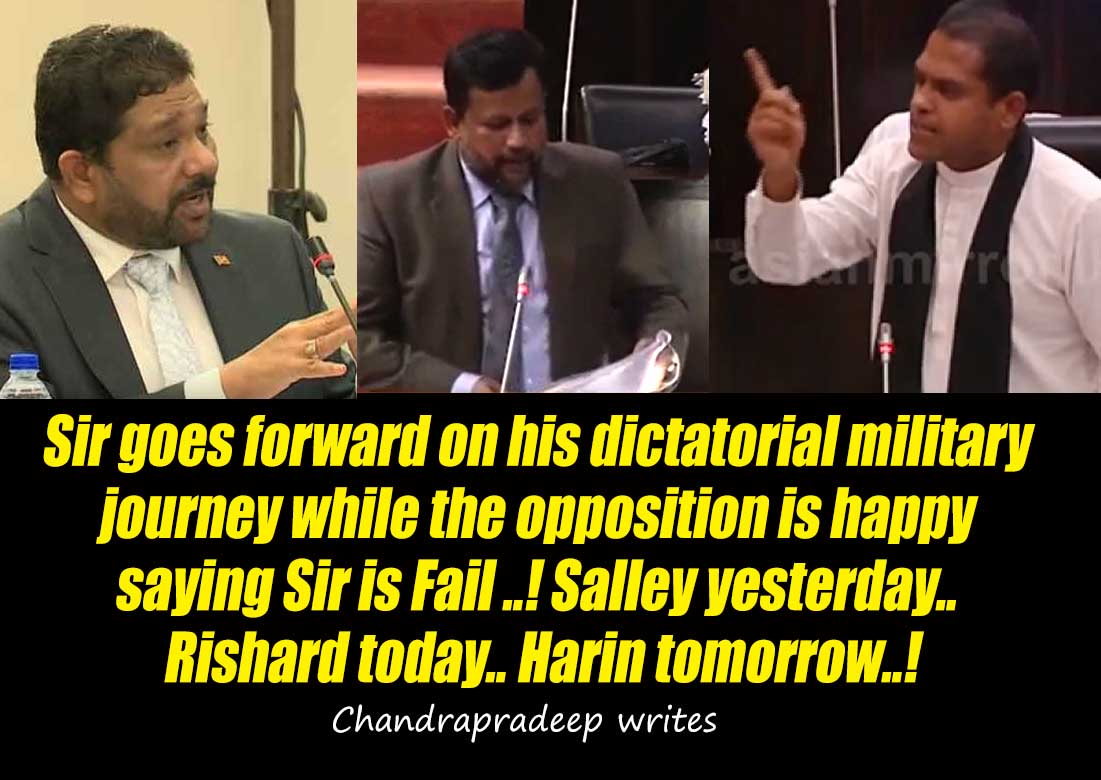 (Lanka-e-News -25.April.2021, 3.25 PM) Former Minister Rishad Bathiudeen and his brother Riaj Bathiudeen were arrested by the CID yesterday 24th morning for questioning in connection with the Easter attack. Despite the Presidential Commission of Inquiry report confirming that it had nothing to do with the Easter attack he has been detained for 72 hours. The CID did not have a court warrant for his arrest and the speaker should have been informed before the arrest of a Member of Parliament, but no such notification had been made.

Following the arrest, police spokesman Ajith Rohana said that Rishad Bathiudeen and his brother had been arrested for questioning for aiding and abetting the Easter attackers. MP Rishad Bathiudeen is the leader of the All Ceylon People's Congress (ACMC). His party has occupied four seats in the parliament. Besides that his party has 169 local govvernemt members representing the provincial council bodies. All Muslims are spending the holy month of Ramadan at this time.

Characteristics of dictatorial military governments MP Rishad Bathiudeen has visited the CID and given statements many times before previously informed by the CID. But it is a feature of dictatorial military governments, not in a democratic society, to come home at around 1am without prior notice and arrest a public representative without giving reasons.

This is a political conspiracy

In fact, these are the result of a political conspiracy. In the last presidential election, members of the All Ceylon People's Congress, led by Rishad Bathiudeen, supported the candidate of the Samagi Jana Balawegaya. Although all Sinhalese, Tamils and Muslims live in harmony in the country, the arrests are meant to intimidate Muslim political leaders at the national level who are critical of the current government.

Former Governor Azad Salley, the leader of the National Unity Front, has been arrested under the Prevention of Terrorism Act (PTA) on a similar charge and has been detained for more than a month. Azad Salley is a man who has been writing to six former defense secretaries since 2017, exposing the extremist activities of the Saharan for his arrest. It is a heinous crime to arrest and detain such a person in connection with the Easter bombing.

Former Minister, SJB MP Harin Fernando is seeking to be arrested under the Prevention of Terrorism Act in the same manner after his outrageous speech in Parliament revealing the masterminds of the Easter attack. Harin is currently in hospital. SJB MP Thushara Indunil said today that Bathiudeen was arrested to facilitate the arrest of Harin Fernando.

While the Opposition is happy to say 'Sir Fail', Sir is forwarding for nothing but a stable dictatorial military rule. The crackdown started on opposition members of parliament who severely criticize Sir’s administration under parliamentary privileges should not be underestimated. That is why the day after Rishad Bathiudeen made a rhetoric speech in Parliament, it is extremely serious to arrest him illegally and detain him under the Prevention of Terrorism Act on false charges.