A treasonous crime that goes beyond betraying the Port City..! Colombo Commercial and Administrative Centers to be sold outright to China..! The ironic truth..! 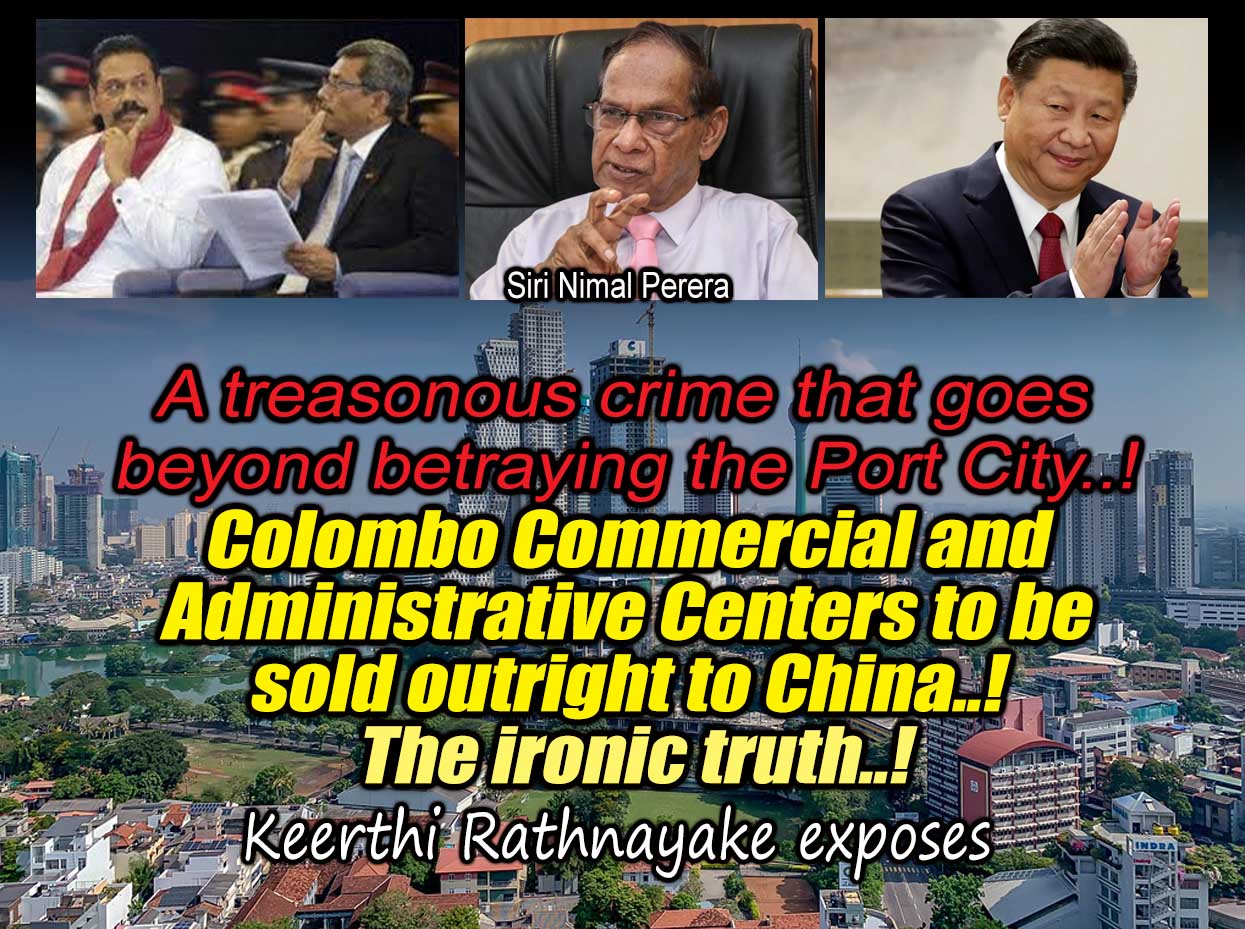 (Lanka-e-News -28.May.2021, 5.20AM) China uses a completely different approach to the Western model in lending to foreign countries. The West looks to many factors, such as human rights, democracy, and labour law, in lending, but China does not bother to care ay of those precepts. China prefers to deal with fascist rulers. On the other hand, Feasibility Studies and briefing Studies are not required to China for loan approvals. The reason for borrow? how to pay them back? Such question does not matter to China. China lends like a village moneylender. If the loan is not repaid, as how the village money lender occupies the house and the housewife, also the strategic locations of the country would also be occupied by China.

The total amount of public debt in Sri Lanka is a number that is too long to read. So let's say. When the total public debt is divided by the population, the amount of debt per person is around Rs. 700,000. At present the national income of Sri Lanka is not even enough to pay the loan instalment. The country is run by borrowing more to pay off debts. So in order to pay off the Chinese debt, Sri Lanka has to sell anything China asks for.

Part I of the territory ceded to China..

Part II of the territory ceded to China..

You can see for yourself from the Google map how large the above terrain is. The Rajapaksas have already sold the heart of Colombo's army headquarters to China for free. The Lotus Tower is also due to be handed over to China as it is a loss. Therefore, there can be no doubt that the above property will not be sold to China.

Handed over the task to Siri Nimal Perera..

A local company called "Serendiva" has already been set up to carry out the mediation of the acquisition and sale of the properties to China. Former chairman of the Urban Development Authority, infamous Siri Nimal Perera has been appointed as the head of this. He was the broker of hundreds of Rajapaksa fraudulent deals, including the sale of the military headquarters during the Rajapaksa tenure. His philosophy of life was 'I was born to sell the country to China'.

The purchaser of the above properties or the buyer here is the China Communications Construction Company (CCCC). This company has been blacklisted by the US and is set to close the deal under their subsidiary CHEC Port City Colombo (PVT) LTD.

Nothing more to look forward..

Colombo 1 and Colombo 2 are the most administratively and commercially valuable lands in the capital. These areas were named as Nos. 1 and 2 by the British because they are the most valuable areas in the capital city of Colombo. In the future, these areas will be almost entirely owned by China. China has also stated its intention to purchase the land in 2021. The government is preparing the relevant arrangements. Who are these patriots? Who are the traitors? The people of the country must understand that there is nothing left to look into.