Condemnation of the misleading statement made by Dr. Anuruddha Padeniya on the role of Agriculture Professionals 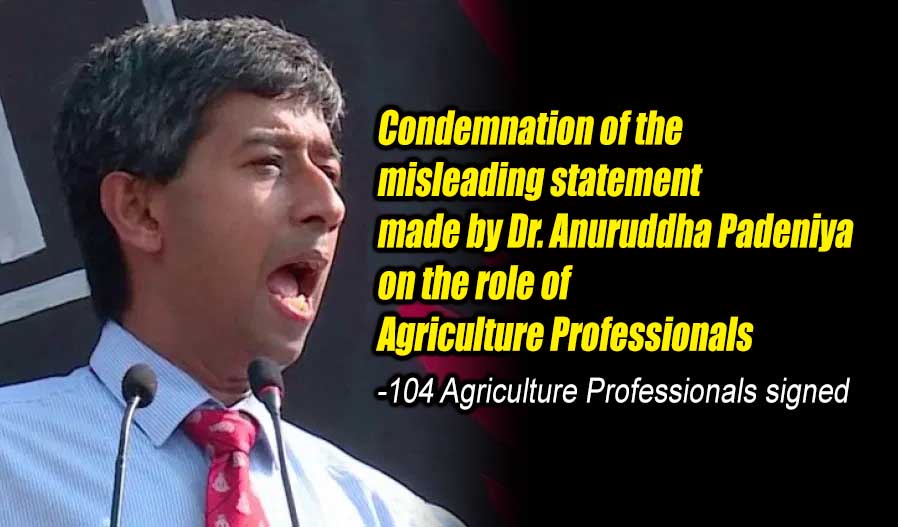 (Lanka-e-News- 13.June.2021, 2.35PM) We, hereby, vehemently condemn the derogatory and misleading remarks made by Dr. Anuruddha Padeniya - who seems to be a consummate politician and is a medical trade union leader - during a recent media release, in which he challenged the Agricultural officers' knowledge on organic agriculture. Furthermore, we believe that his conduct is highly unethical, unprofessional, and amounts to crossing someone else’s border to a field in which he is not at all an expert. Dr. Anuruddha Padeniya, not only shows and challenges his own understanding on agriculture at this vital point, but also dishonours his own professionalism. However, his baseless remarks don’t appear to have had any impact on men and women who are attentively serving in the agricultural sector in the country with a view to making Sri Lanka self-sufficient in food.

We wish to question and challenge Dr. Padeniya's knowledge as to how he can comment on the knowledge of agricultural specialists on organic agriculture as his immature and irresponsible behaviour may establish a bad precedent for other professionals as well in the country. Therefore, we take this opportunity to categorically condemn the unfounded claims made by a trade union leader against other reputed professionals in order to obtain cheap popular political mileage.

It appears that Dr. Padeniya is unaware of the Green Revolution which occurred in 1950/1960 in the world. During the green revolution, the crop/food production was increased significantly by introducing high-yielding crop varieties (HYVs) which replaced the low yielding traditional varieties. These HYVs, which is grown today across the globe, need chemical fertilizers and pesticides and, otherwise, they do not give the expected yields no matter what measures we take. If we want to stop the use of chemical fertilizers/agrochemicals, we need to have a holistic approach and design an operational model. This cannot be accomplished in a few months/years. We are not surprised to observe that Dr. Padeniya cannot understand simple facts like these as they have no qualification/training what-so-ever in Agriculture. The unscientific and sudden ban of chemical fertilizers/pesticides in the country will undoubtedly push the country to a chaotic situation soon where the prices of food will skyrocket and the poor and vulnerable communities would even starve.

We, hereby, dispute Dr. Padeniya’s baseless allegations inferring that the recommendations made by the agricultural specialists in state agencies/departments are made with a strong bias towards such companies, because the agricultural specialists get direct benefit from chemical fertilizer and pesticide companies. As we clearly described earlier, the present crop varieties cannot simply grow and give anticipated high yields without chemical fertilizers and pesticides. In this backdrop, the remarks of Dr. Padeniya are highly deceiving and can mislead the general public, thereby jeopardizing the dignity and integrity of agricultural specialists. Their apparent motive of gaining cheap fame and personal benefits amounts to low-quality and unprofessional ethical wrongdoing. Further, it is pitiful that Dr. Padeniya is deliberately ignoring and tarnishing the good name of agriculture professionals who have guided the Sri Lankan farming community to nourish this proud nation for centuries in the past. According to his misleading statement at a media briefing, all agricultural teaching and training institutes, agriculture faculties, and research institutes in Sri Lanka are no longer necessary. Dr. Padeniya should better understand the difference between "ගොවිතැන" and the science behind agriculture before making false statements about reputable professionals in the country.

We wish to remind him that, at this critical point, the country's most vulnerable and pressing worry is not the knowledge of agricultural officers on organic agriculture, but the rising COVID-19 pandemic, in which Dr. Padeniya is also deliberately misleading the wider public and concealing the dire situation in his sector. Therefore, we respectfully suggest that he focuses more on COVID-19 pandemic, smoking, drug addiction and the non-communicable disease incidences occurring throughout the country, without making false and unconfirmed references and links to agricultural inputs in relation cancer, CKDu, etc. We believe that he can act more confidently in his designated profession rather than making derogatory remarks on other reputed professions. Further, we would like to ask and invite Dr. Padeniya to accept full responsibility for the country's possible future food crisis, which may occur in the near future as a result of assertions of this nature, rather than blaming the agricultural professionals who have helped feed the nation for millennia. Finally, we respectfully suggest that Dr. Padeniya devotes more time on his own profession rather than commenting on skills and talents of other professions, thereby, causing problems to the society and destroying his own credibility.

104 Agriculture Professionals' signatures are in images 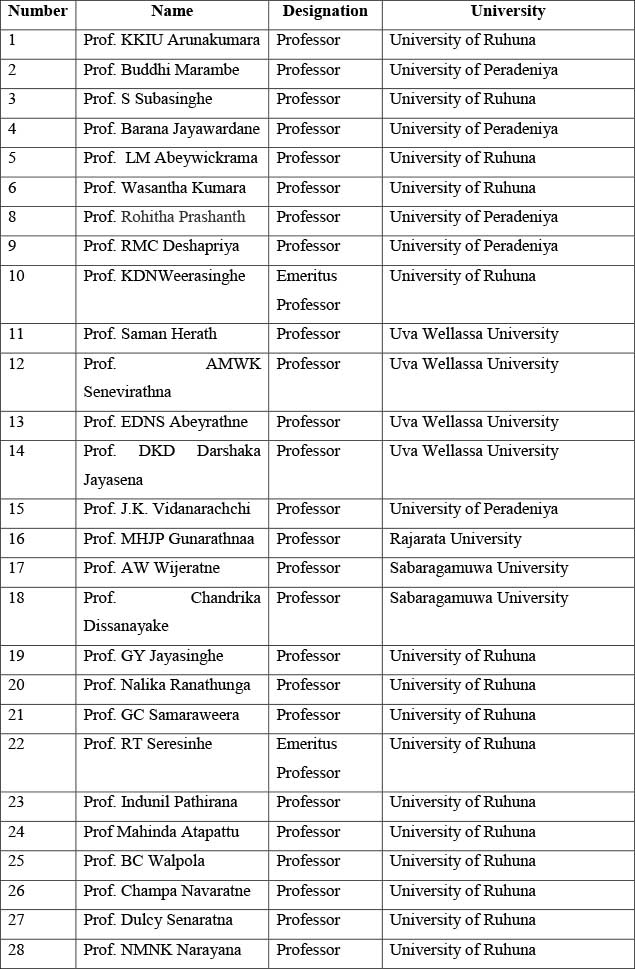 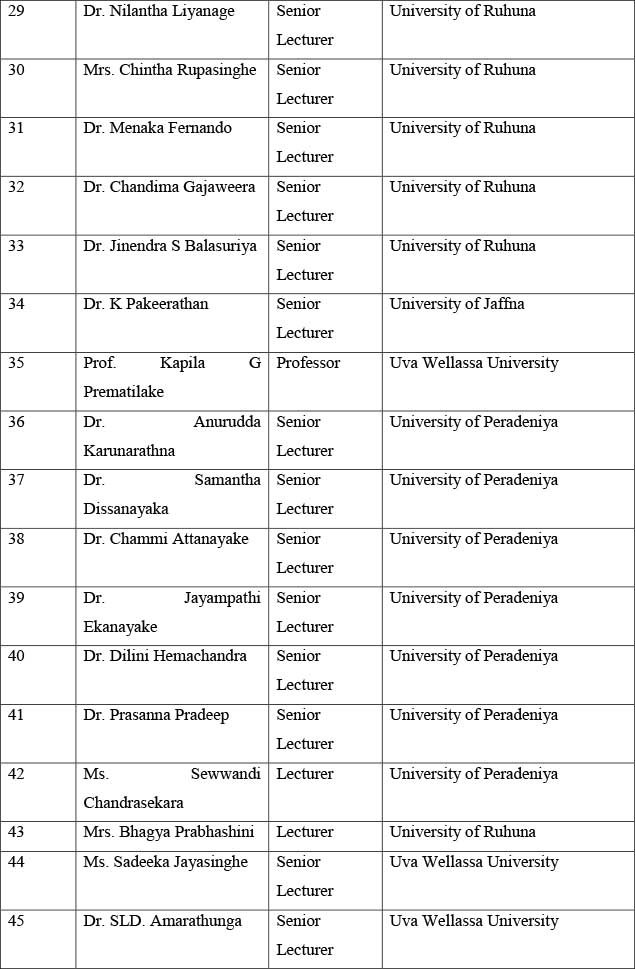 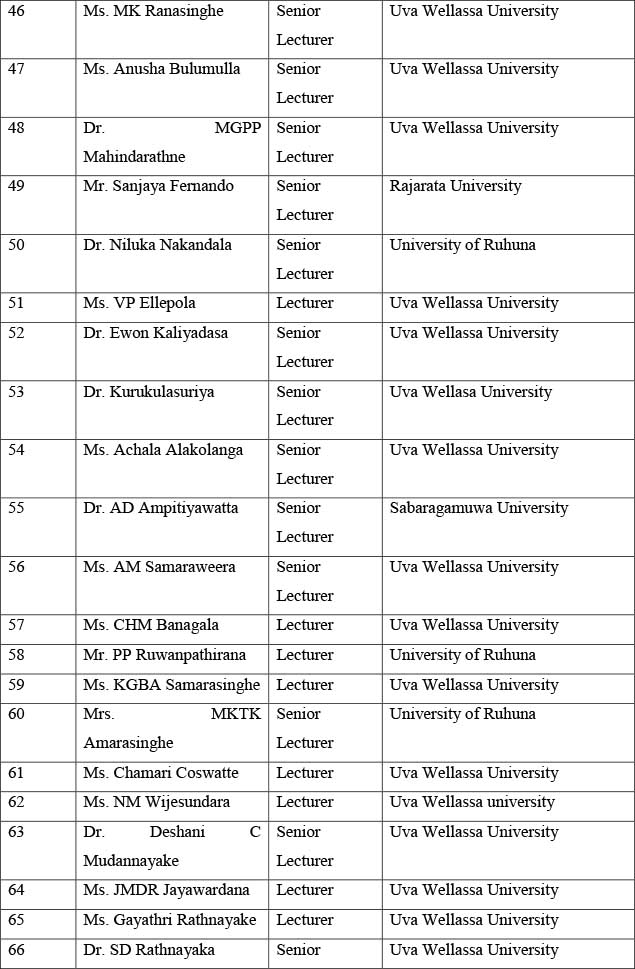 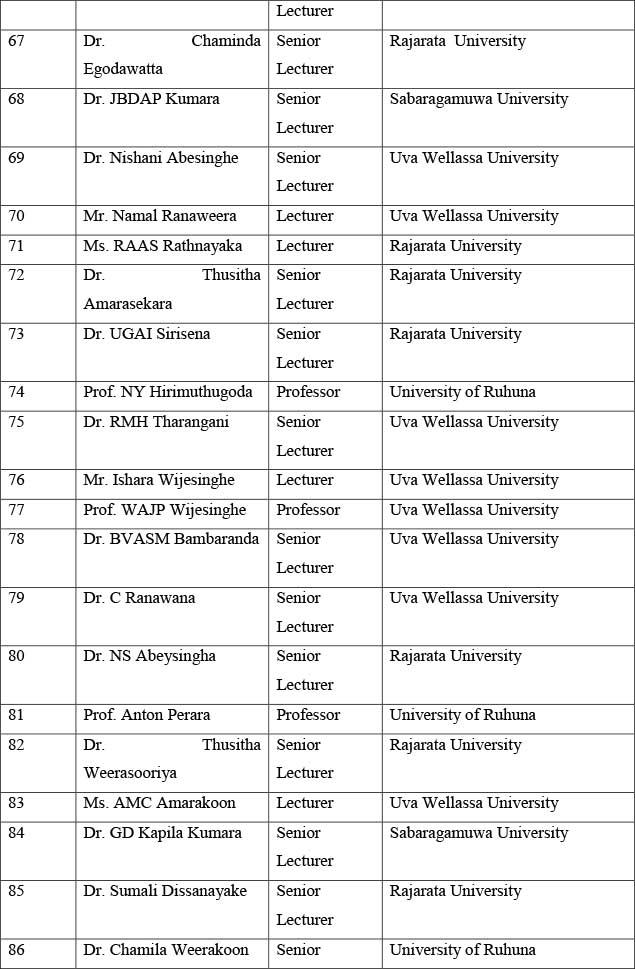 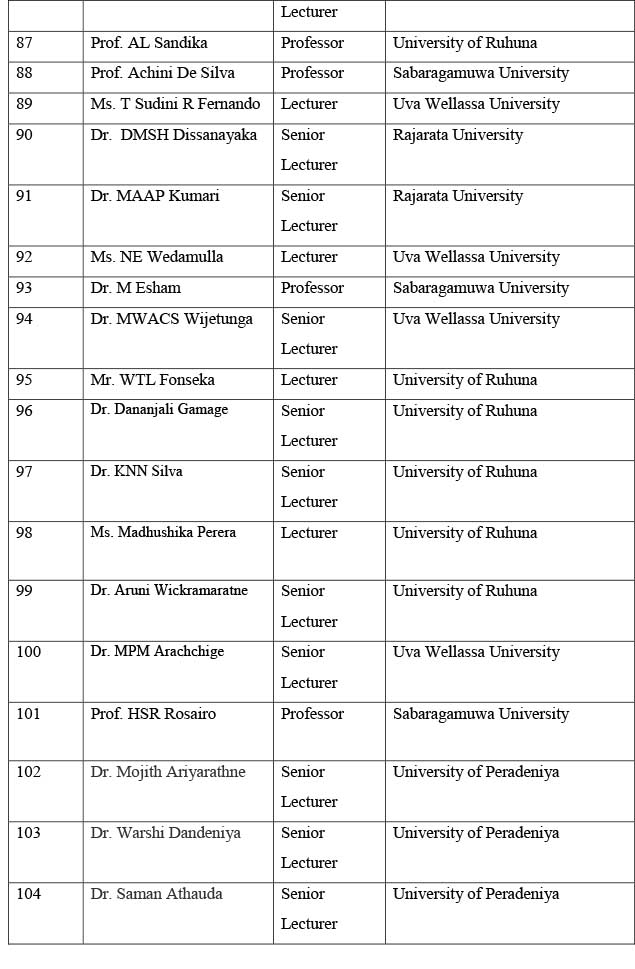