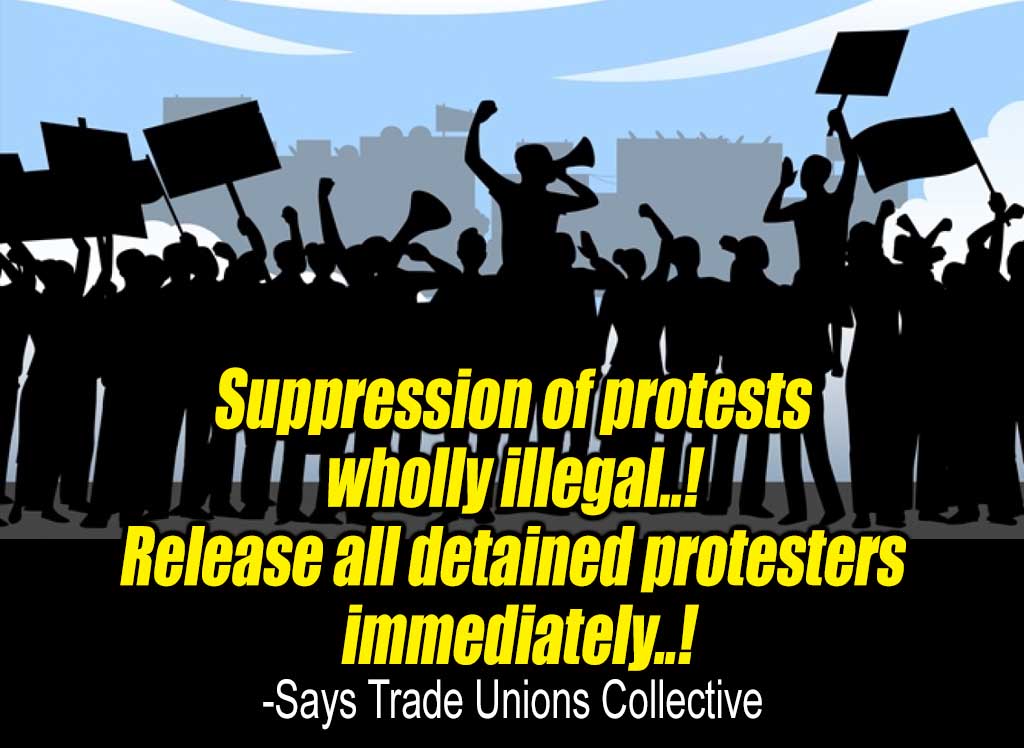 (Lanka-e-News -11.July.2021, 2.45PM) For the second time too at the Court’s premises itself, police rounded up protesters who were released on bail by the Magistrate and took them away for forced quarantine. Those so taken away were protesters who came out on 08 July last and included teacher trade union leader Joseph Stalin and other union activists.

We firmly believe this extremely violent and repressive action by the police in the premises of a Court of law would not have been repeated unless with the consent and approval of the government. This also publicly declares that the government is firm in its determination, not to allow anyone to challenge its political decisions.

The Constitution of the country guarantees People the freedom of expression to be exercised individually and collectively in a peaceful manner. Freedom of expression as a fundamental right includes the right to both criticize and oppose government decisions. The manner in how it should be exercised collectively and peacefully is one the People should decide and it is not for the government or the police to decide. There are clear judgments delivered previously on this issue by the Supreme Court. The most detailed and clear judgment on this had been delivered by Justice of the Supreme Court Mark Fernando in agreement with Justices Dheeraratne and Ramanathan in March 1993.

As mentioned in the judgment, Judge Mark Fernando decides “I am therefore of the view that the fundamental right of the petitioner under Article 14 (1)(a) has been violated. The right to support or to criticize Governments and political parties, policies and programmes, is fundamental to the democratic way of life, and the freedom of speech and expression is one "which cannot be denied without violating those fundamental principles of liberty and justice which lie at the base of all civil and political institutions”

In agreement with Justices Dheeraratne and Ramanathan, Justice Mark Fernando further notes, “Stifling the peaceful expression of legitimate dissent today can only result, inexorably, in the catastrophic explosion of violence some other day.”

This judgment of the Supreme Court cannot be forgotten by then Opposition MPs including and especially by present Prime Minister Mahinda Rajapaksa who accepted it with high praise, as it was on the FR petition No.468/92 filed against the Ingiriya police for suppressing the peaceful protest “Jana Gosha” organized against the government of President Premadasa called for by him.

It is a violation of fundamental rights guaranteed under Article 14(1)(a) of the Constitution that Justices Mark Fernando and others ruled will also violate “fundamental principles of liberty and justice which lie at the base of all civil and political institutions” when police take people by force for supposed quarantine. It is health authorities who have to decide on quarantine. Police have no such powers and responsibilities. Police also have no powers to detain people who are released on bail by a Court of Law.

We believe it is serious contempt of Court by the police to round up people at the Court premises itself after they were released on bail by the Magistrate despite the police request to remand them and take them away for supposed quarantine without any recommendations by health authorities. We thus firmly believe action should be taken against all police personnel involved in such action.

We wish to also state that there can be more agitations in society in the future too against government decisions if with no proper planning to meet the growing economic crisis and in controlling the COVID-19 pandemic. People have a right to accordingly question such decisions of the government. It should be told the government needs to revisit such issues for due revision instead of suppressing the Constitutional rights of the people.

As noted by Justice Mark Fernando, “Stifling the peaceful expression of legitimate dissent today can only result, inexorably, in the catastrophic explosion of violence some other day.” We, therefore, call upon the government to immediately release all protesters who were forcefully taken to be held under quarantine. 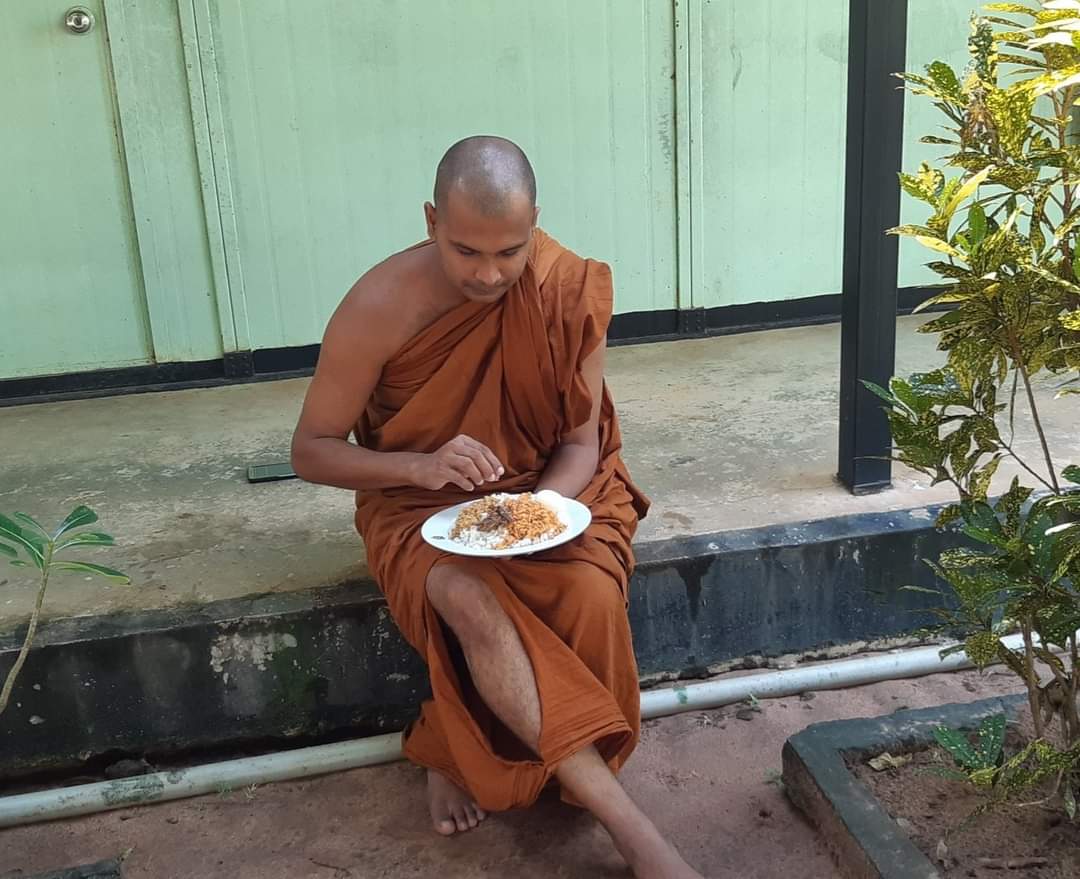 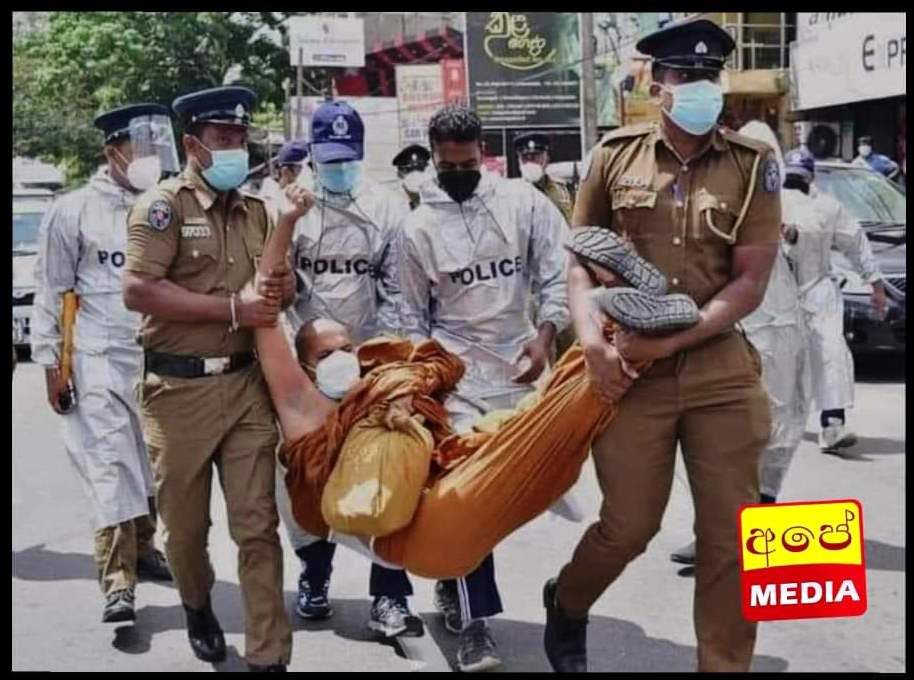 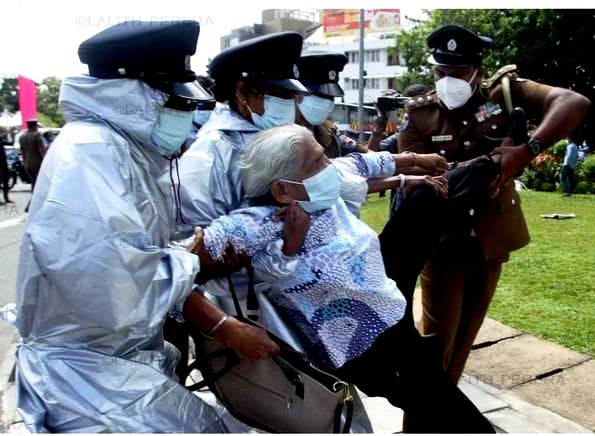 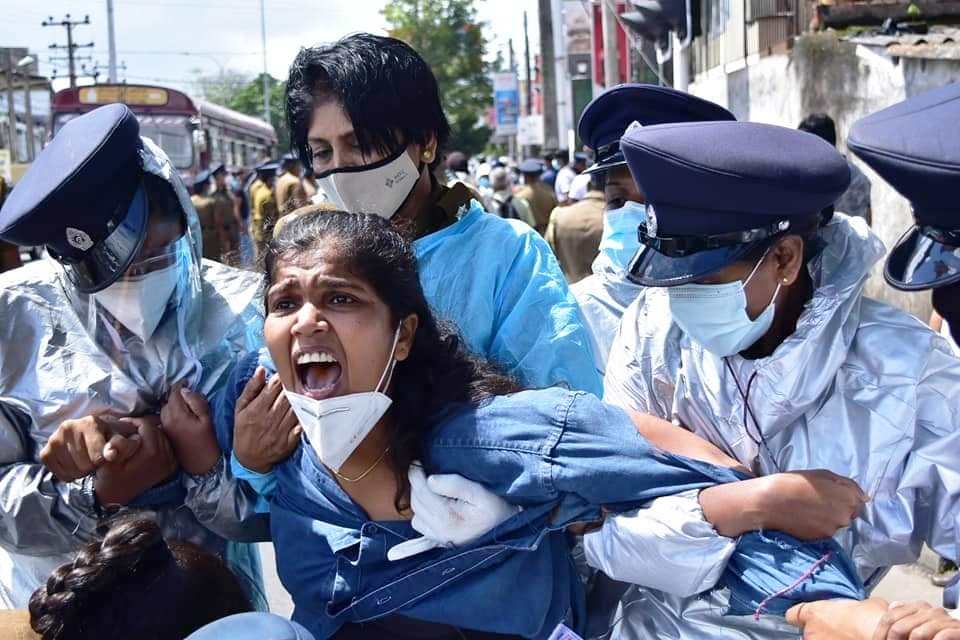 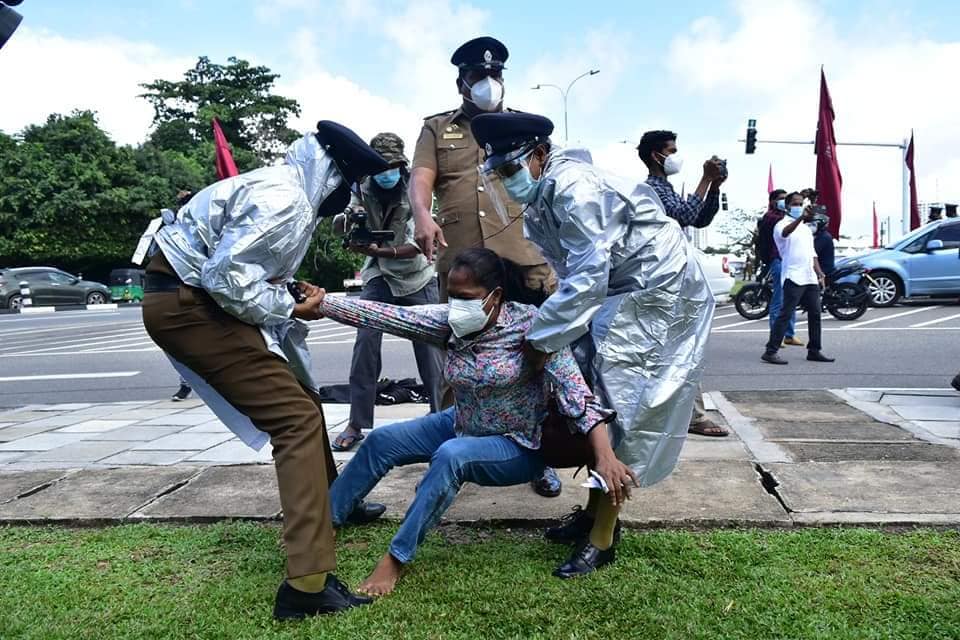 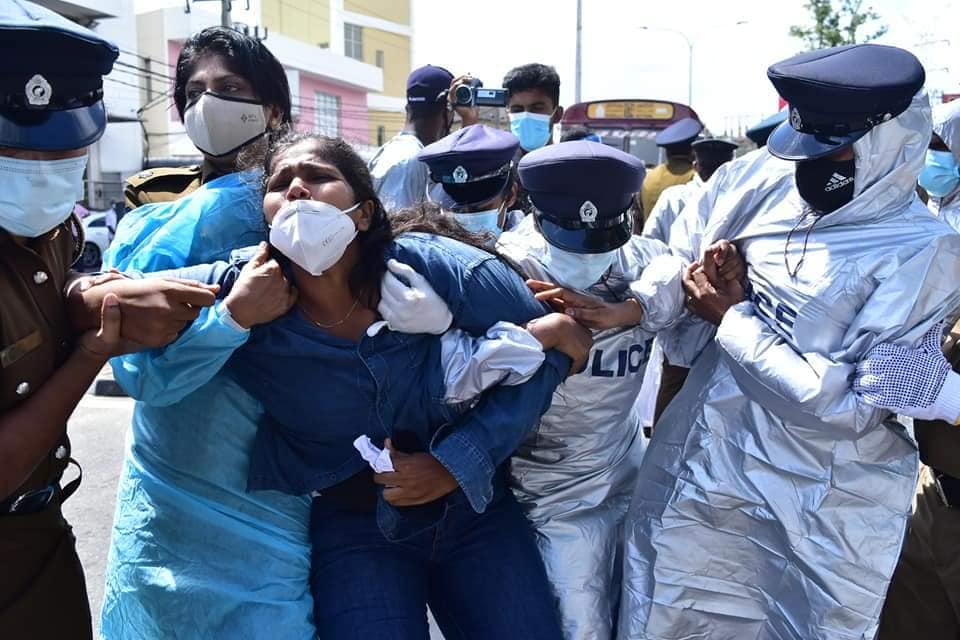 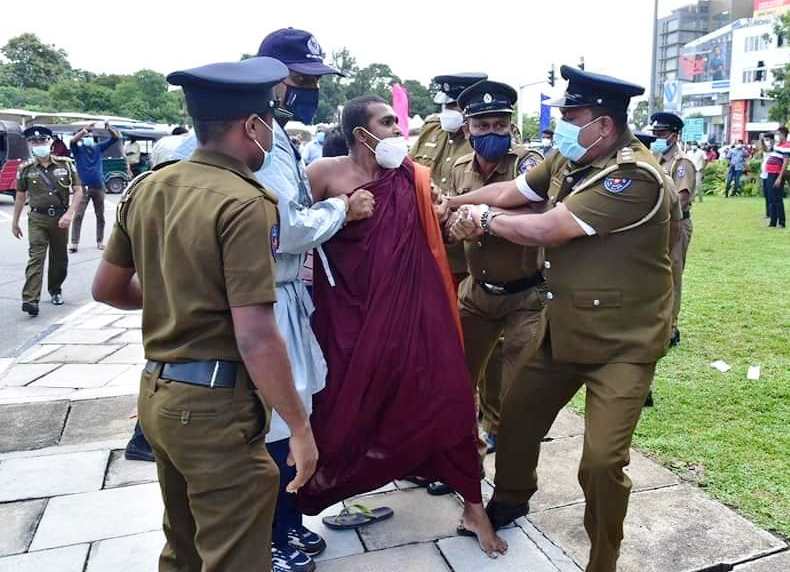 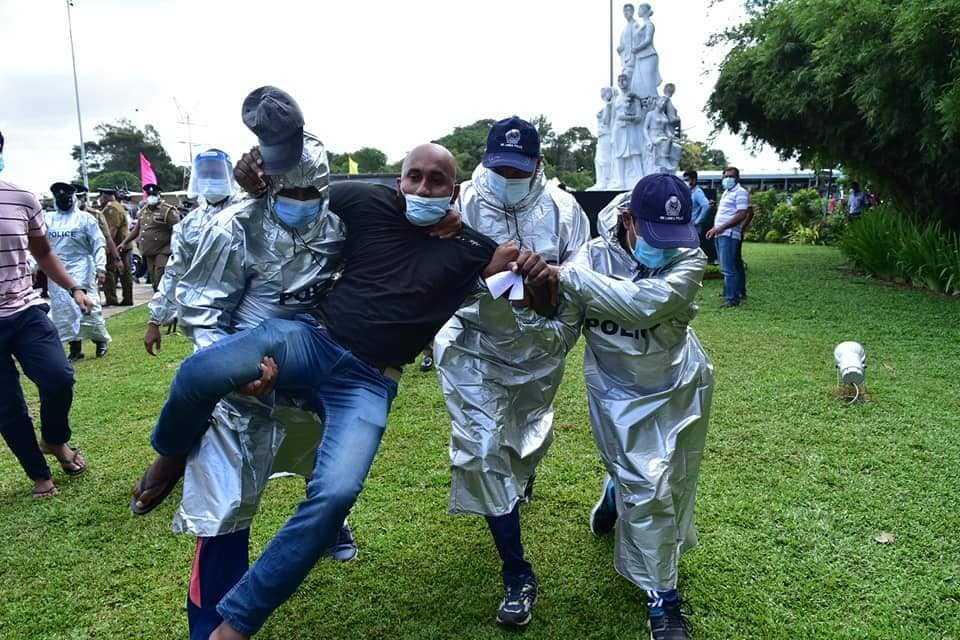