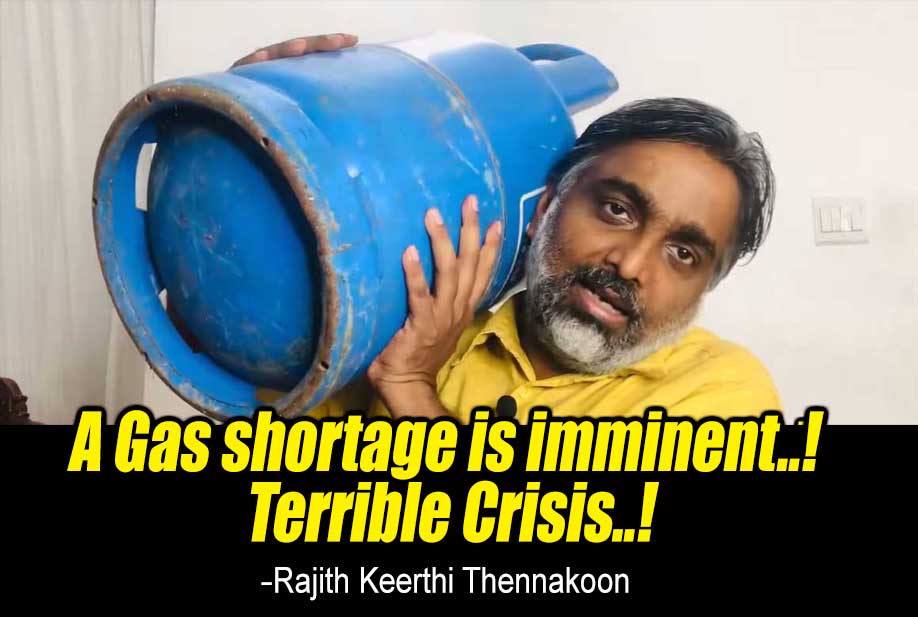 If Laugh continues to supply gas to consumers, it will have to import $7 million worth of gas per a month. Over the past three weeks, Laugh has sought to open letter of credit (LC) in government and private banks in Sri Lanka. However due to the shortage of dollars in Sri Lanka, letters of credit have not been opened.

Another $ 20 million a month is needed to import blue Litro gas.

The gas supply could not be maintained if the two companies will not have nearly $ 30 million in foreign exchange and $ 36 million during the festive season.

A new chairman has been appointed to Litro.  He says he will release Litro cylinders for Laugh cyllinders. It shows the knowledge of the new chairman. Ariyasheela Wickramanayake formed a gas company called Mundo and released Mundo gas to any gas cylinder. A case was filled. Ariyasheela lost. The company was closed. The blue cylinder cannot be given to the yellow cylinder. Chairmen are becoming jokes with this situation.

The dollar issue that Laughs is facing today Litro will face tomorrow.

Fertilizer stopped because there were no dollars. Last week paid for the oil tanker with so much of difficulty after 8 days. Now there are no dollars in banks to pay for the gas.

A Gas shortage is imminent..!