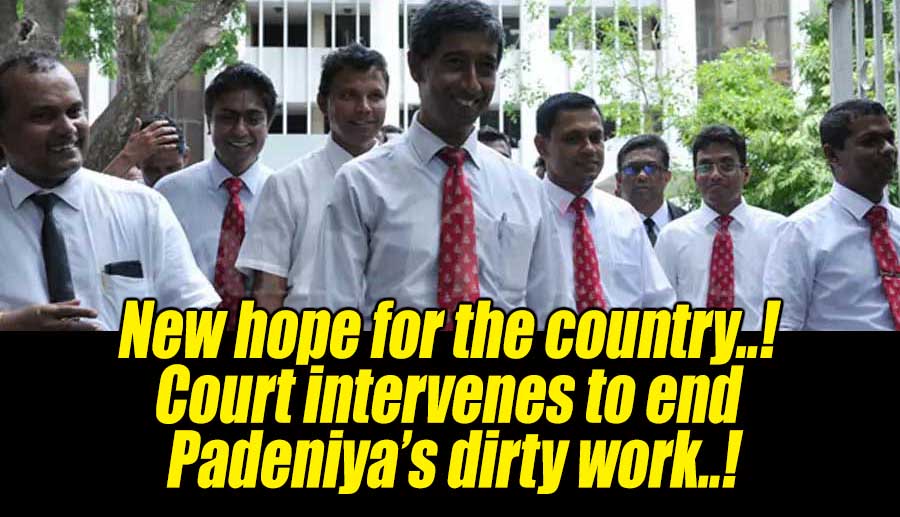 (Lanka-e-News -28.July.2021, 8.00PM) A court has ruled that GMOA chairman Anuruddha Padenuya and his team, who have been in a dictatorial frenzy for more than ten years, are no longer fit to hold office in the Government Medical Officers Association. The court also ordered that the election of the office bearers of the association should be held under the supervision of an independent committee. The order was issued by the Moratuwa District Court on Thursday ( 22)

It was special event that the court had taken action to nullify all the nefarious activities carried out by Anuruddha Padeniya. About a month ago, Dr. Jyaruwan Bandara submitted his nominations for the post of GMOA chairman. Cunning Padeniya illegally rejected Jayaruwan’s nomination. Padeniya lost his prestige totally with the court ruling given on Thursday.  The court ruled that Dr. Jayaruwan should be given the opportunity to contest the election.

It also decided that the election should be held through an interim board to protect the transparency and independence. The court noted that to supervise the  election there should be a monitoring team as well. The court also ruled that an interim board should be set up with the announcement of the official election and that the posts held by Padeniya and other thugs would be abolished as soon as it is established.

The history of the dirty man..

Padeniya has been a member of the Government Medical Officers Association for nearly ten years, because of him Sri Lankan medical professionals has fallen to the third class level  in the society. This guy interfered to everything, whether he wanted or not. Worked to popularize the myth. Instigated the racism.  He worked for corrupted politicians. He ran a racket under the guise of the post. He attributed the image of ‘Sir’ to the medical profession. It violated the rights of other professions in the health service.  He was the only thug in the world who persuaded people to throw stones at ambulances which they were taking patients for free of charge. Even the WHO criticized Padeniya’s actions for such heinous acts. Sri Lanka got another black mark because of Padeniya’s dirty work.

The amount collected as the annual membership fees of the doctors is not a small amount. It is worth over one hundred and twenty million rupees.  Padeniya also misused this money. Such a thug has never appeared in history. Not only in South Asia, even in tribal African region, there was no such a crook as Padeniya. It is a great opportunity for the nation that the judiciary has intervened to send such a crook home.

We hope that the GMOA polluted by the Padeniya, will become a charitable organization that benefits not only doctors but 20 million people. We sincerely wish Dr. Chamal Sanjeewa and his team all the strength and courage to carry out that task.