There is no such treason ..! Chinese acquire 13 acres in the heart of the country's port, with a logistics business in the port that earns dollars to the country..! 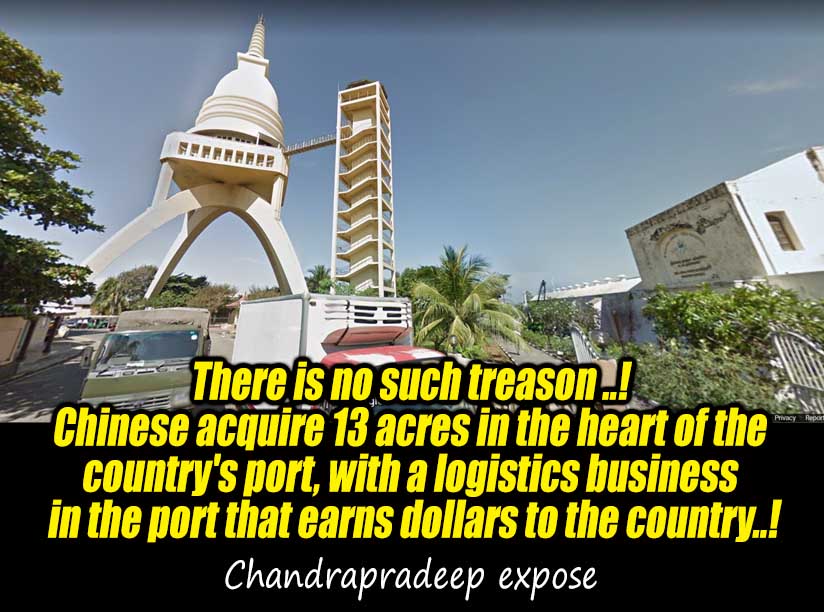 (Lanka-e-News -13.Aug.2021, 11.45PM) The traitorous Rajapaksa family government has decided to give one of the main sources of income for the Port of Colombo, with 13 acres of valuable land in the Port of Colombo for a marginal amount to the Chinese for 35 years, without calling for tenders during a very dangerous situation where five people of the country are dying within five hours from the Corona epidemic.

The Chinese company CICT, which already operates containers at the Port of Colombo, would be handed over 13 acres of valuable lands near the Port of Colombo to provide services to the Port Authority, which currently generates over Rs. 500 million a year in revenue. Such valuable business land would be given to the Chinese for 35 years for an insignificant amount such as USD 150 million. That is a paltry Rs. 1 billion. It is less than the revenue currently earned by this logistics division of the port in two years.

The service division currently employs about 600 people. Following the arrival of the Chinese the jobs of those employers are at a risk.

Ports and Shipping Minister Rohitha Abeygunawardena alias 'Raththaran' had sought Cabinet approval in a cabinet paper submitted to the Cabinet on July 21. How the Rajapaksa family government has acted so swiftly in this fraudulent deal that on the 26th the new Finance Minister gave his approval. The next day, on the 27th, cabinet approval was given. (Relevant Cabinet Memorandum, Approval of the Minister of Finance, and Cabinet Approval are shown here)

How illegal this fraudulent transaction?

1.      Although tenders should be called before starting any government project, there is any tenders called to award this to the Chinese company.

2.      No assessment report has been obtained from the Chief Government Assessor for this purpose.

3.      Although the Cabinet Memorandum stated that the Negotiating Committee should have four competent officers, the Deputy Chairman of the Ports Authority, Prasantha Jayamanne, and the Additional Managing Director are not those who have a very little knowledge of the subject of logistics. The officer appointed on behalf of the Logistics Division is a Junior Officer. Prasantha Jayamanne is a black money launderer of Namal Rajapaksa. Those at the port who have knowledge of the subject of logistics have been excluded from this transaction and everything has been done with fast forwarding.

5.      This is not a profit for the country by any means but clearly a fraudulent deal in which the Rajapaksas receive a large chunk of commission.

Such treasonous acts have not been heard of in recent times. 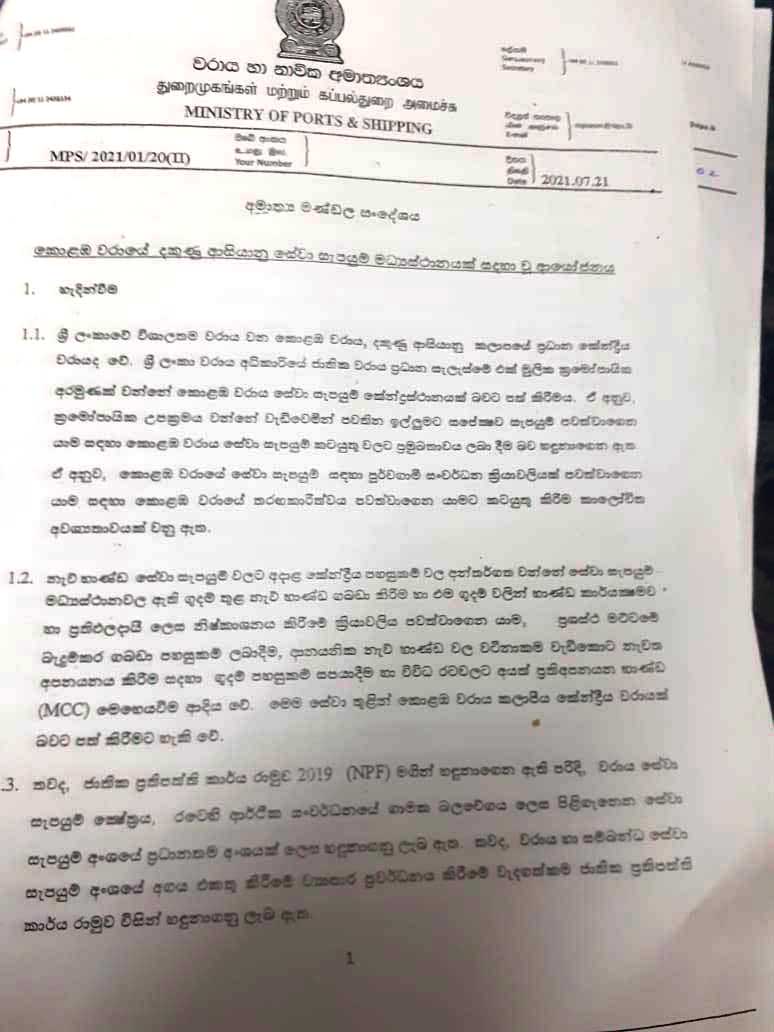 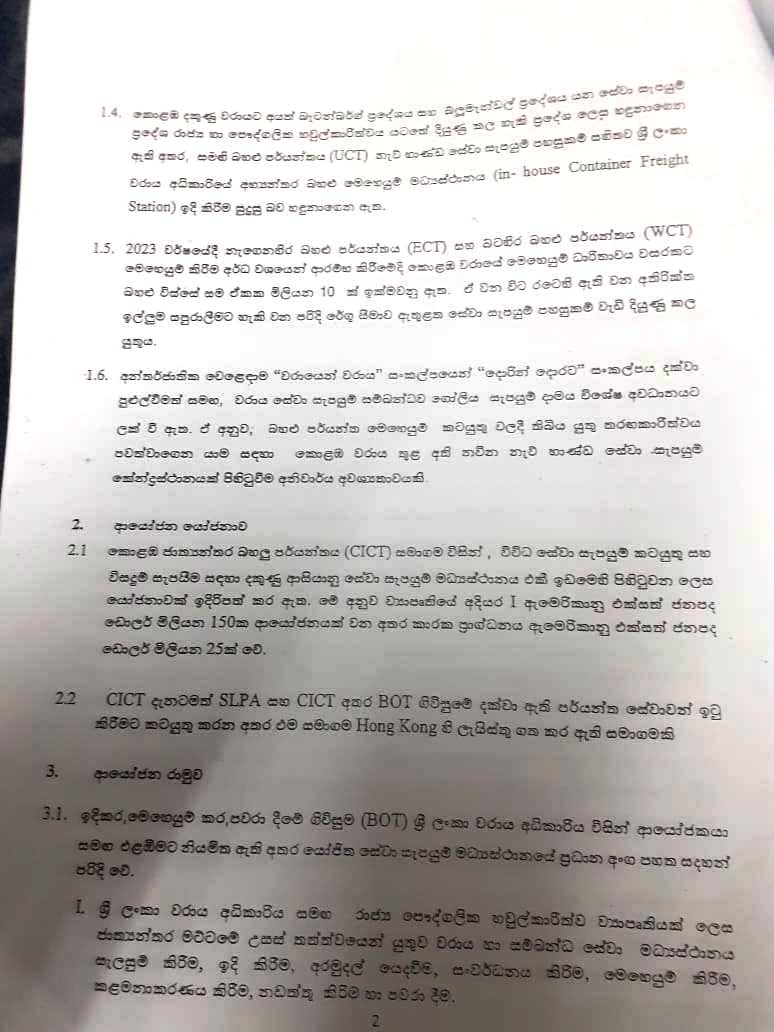 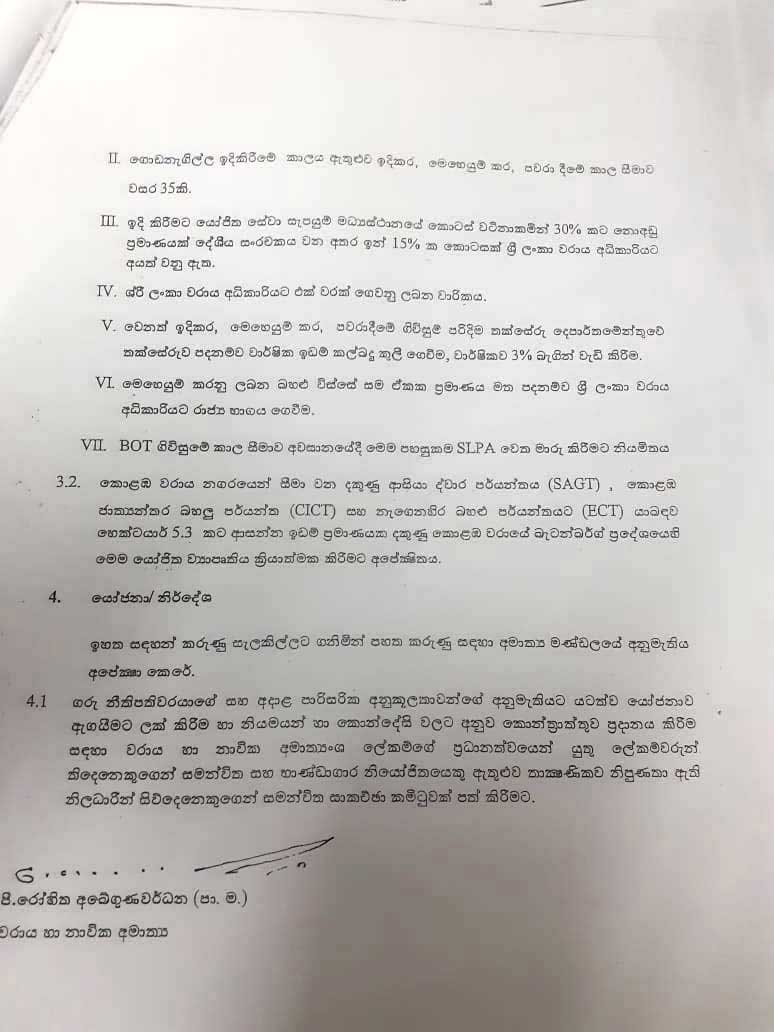 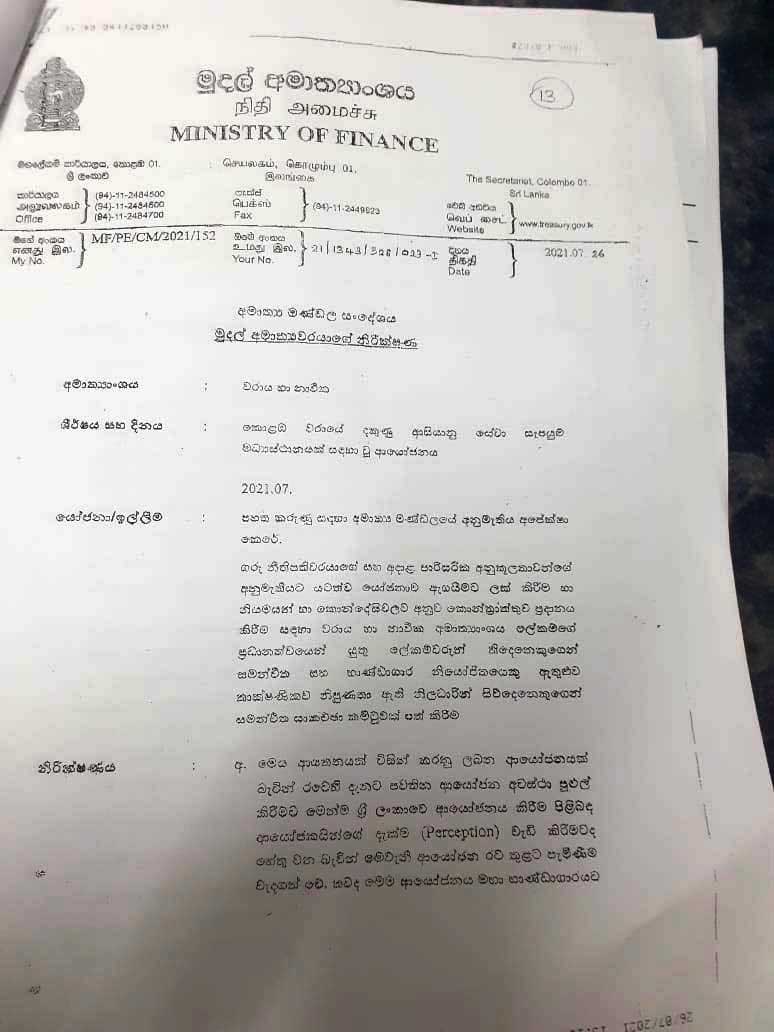 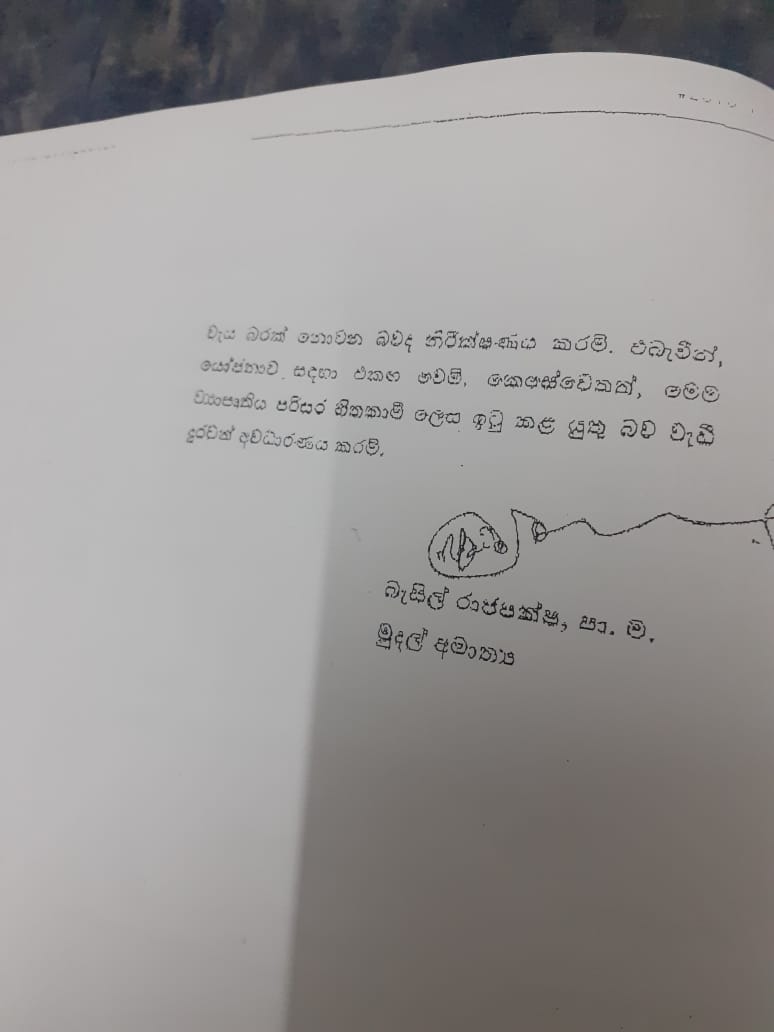 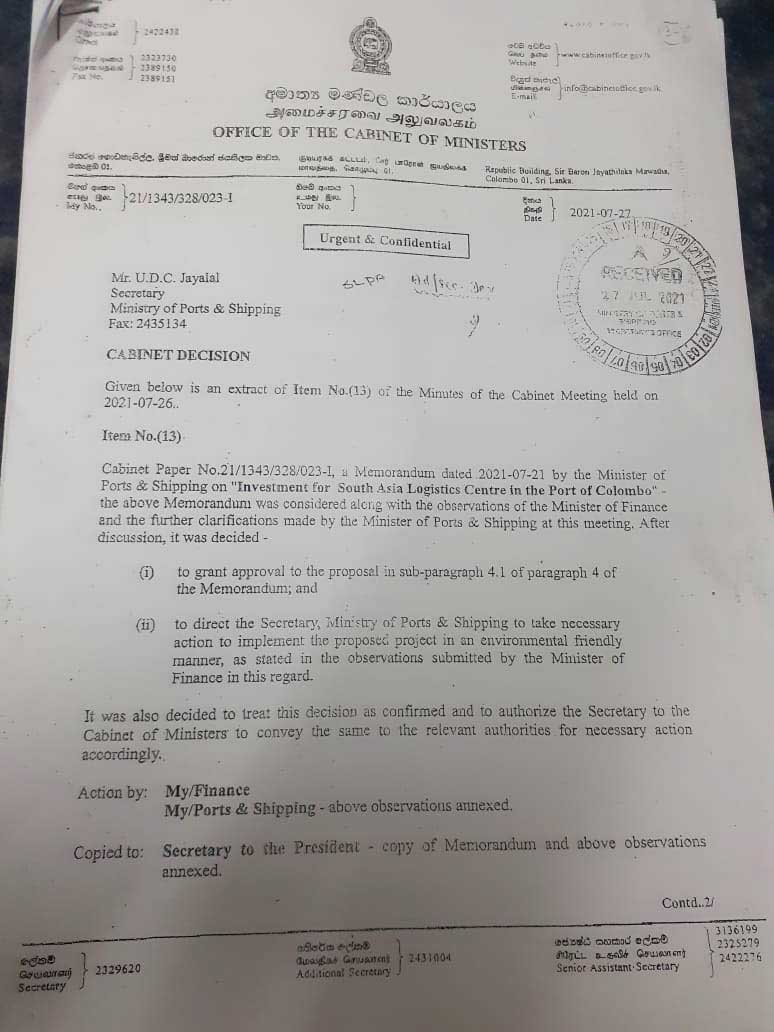 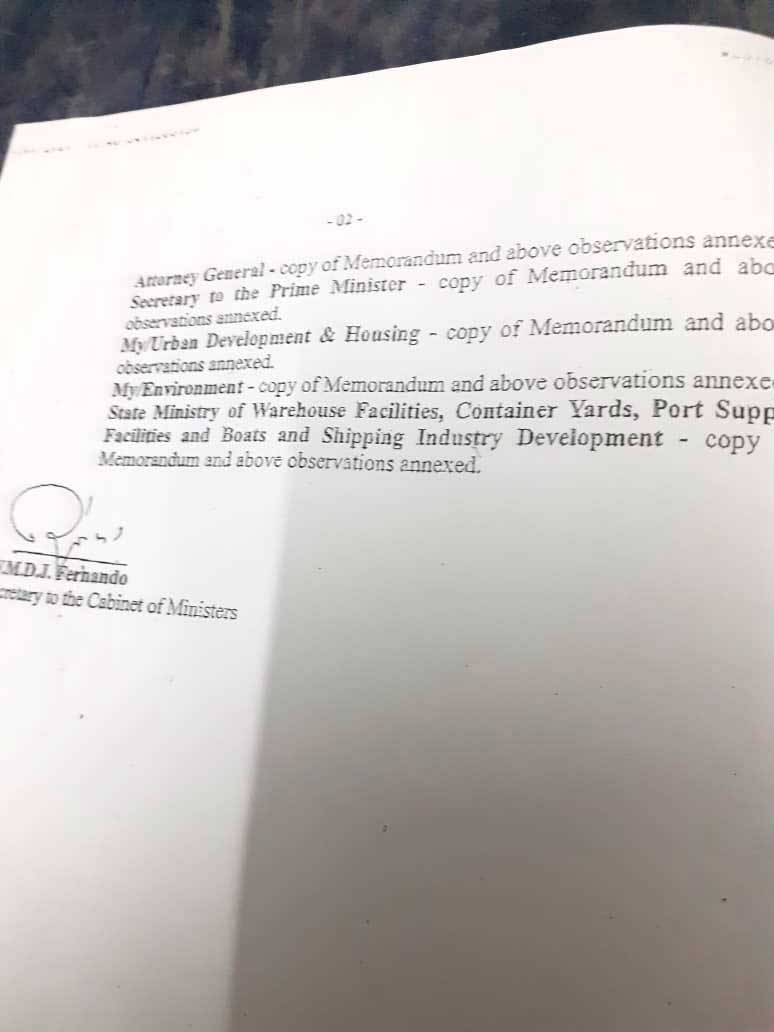 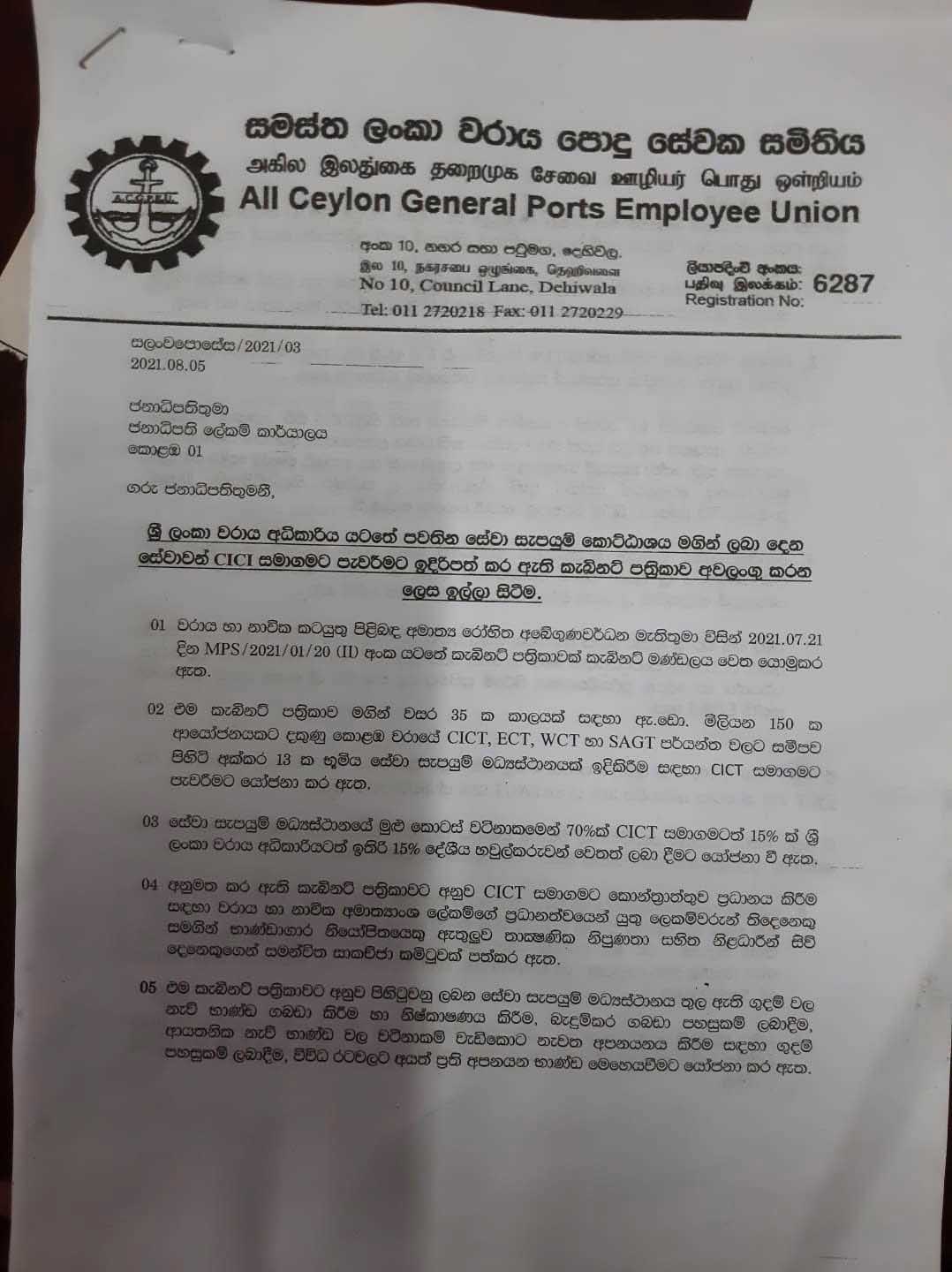 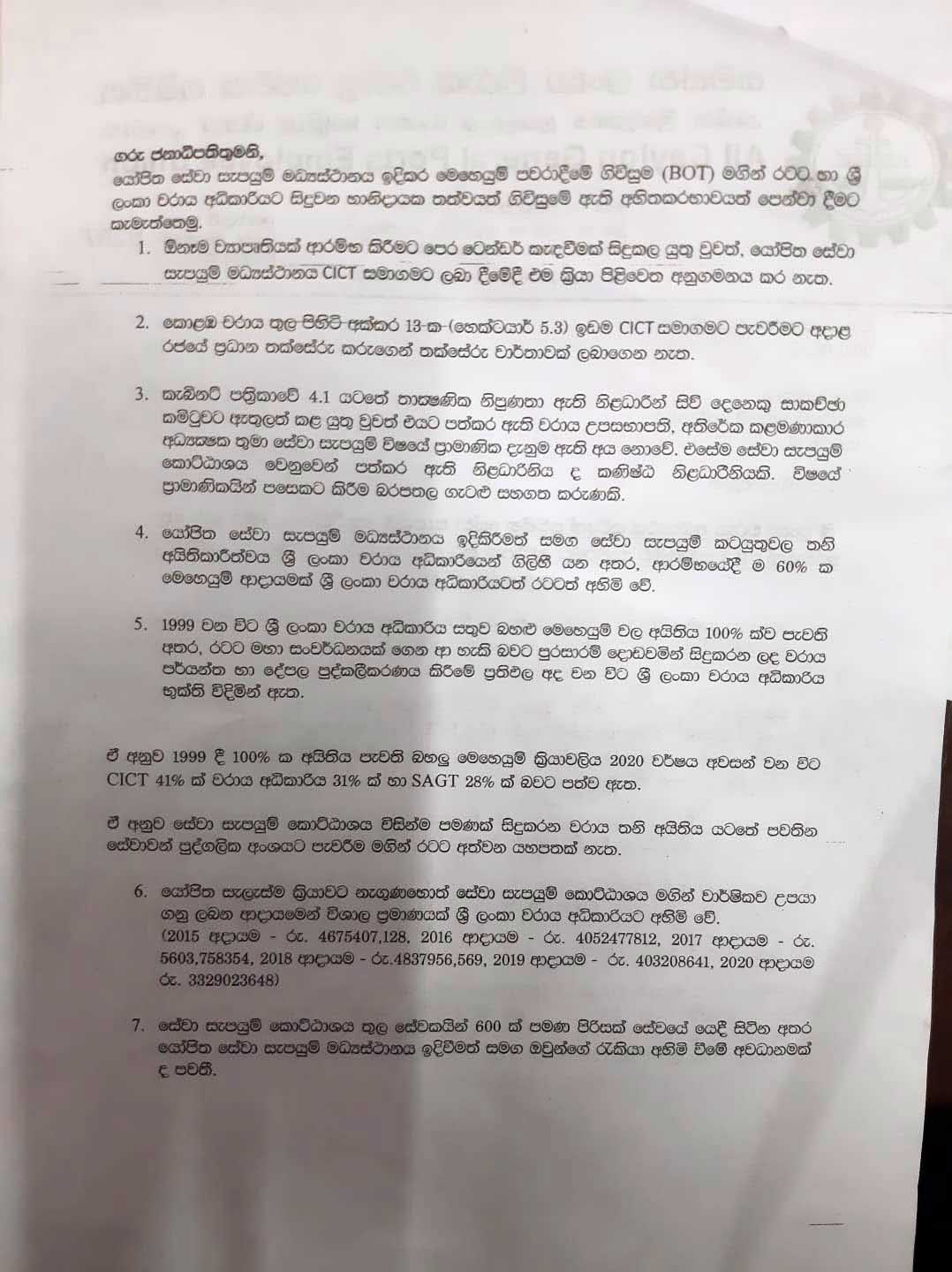 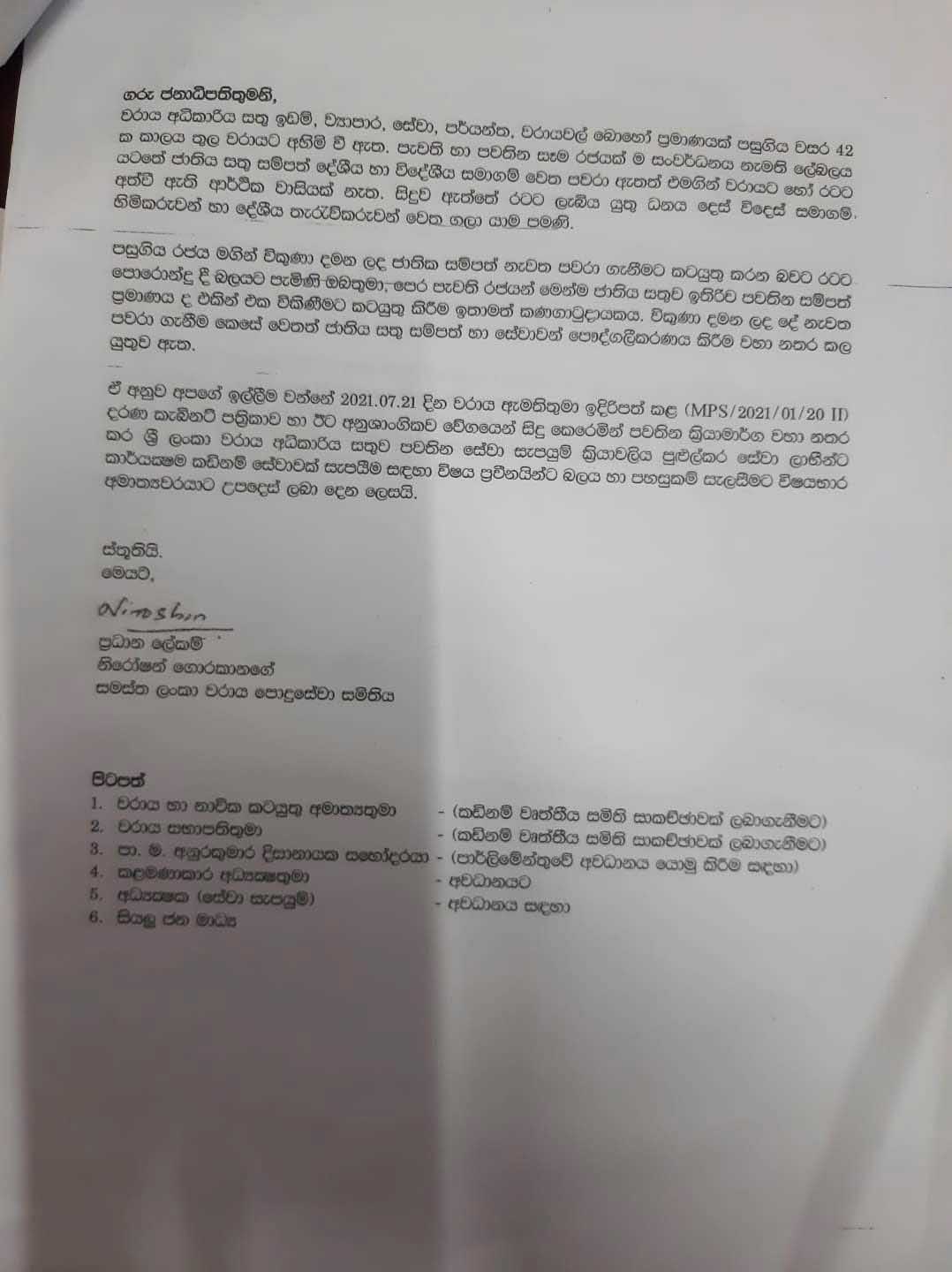 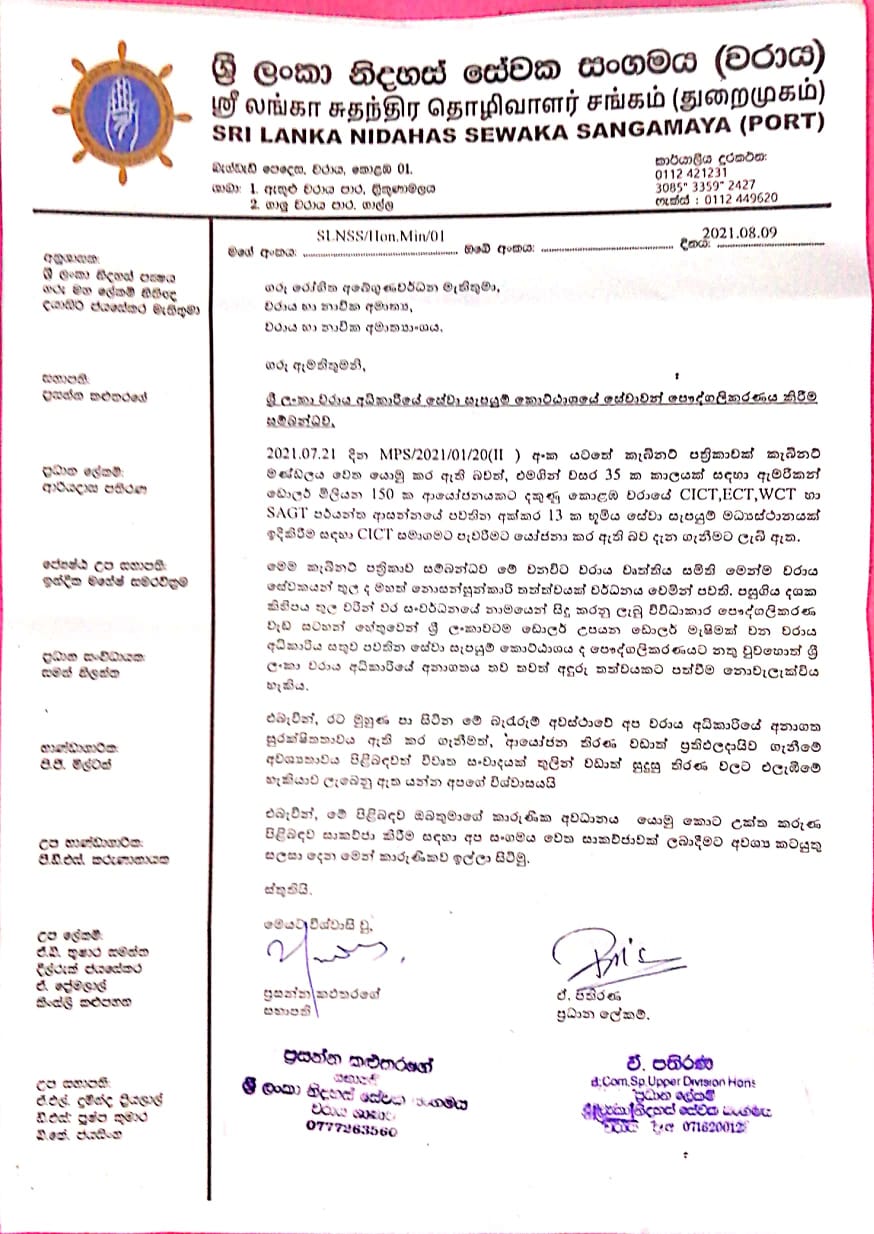 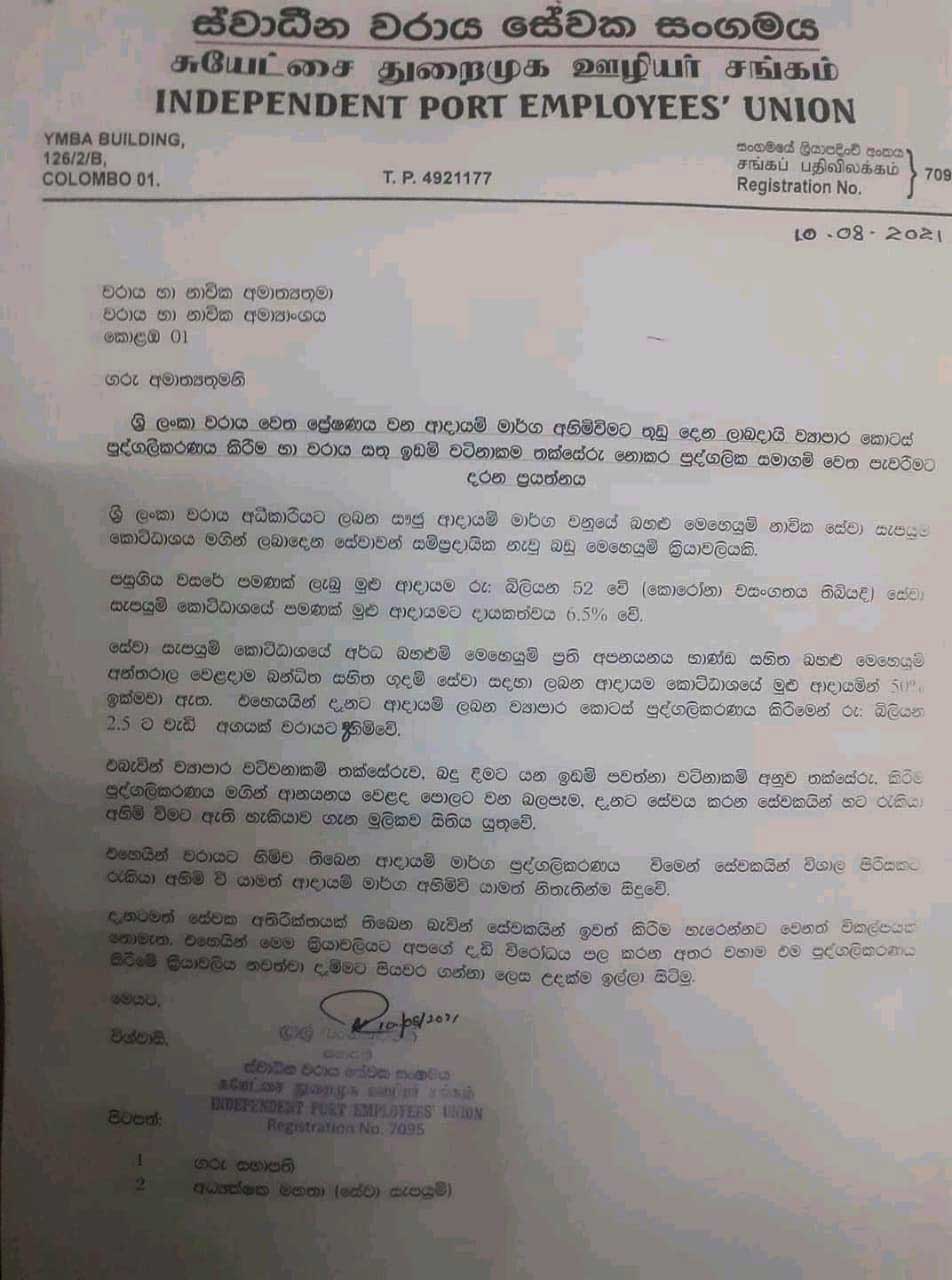