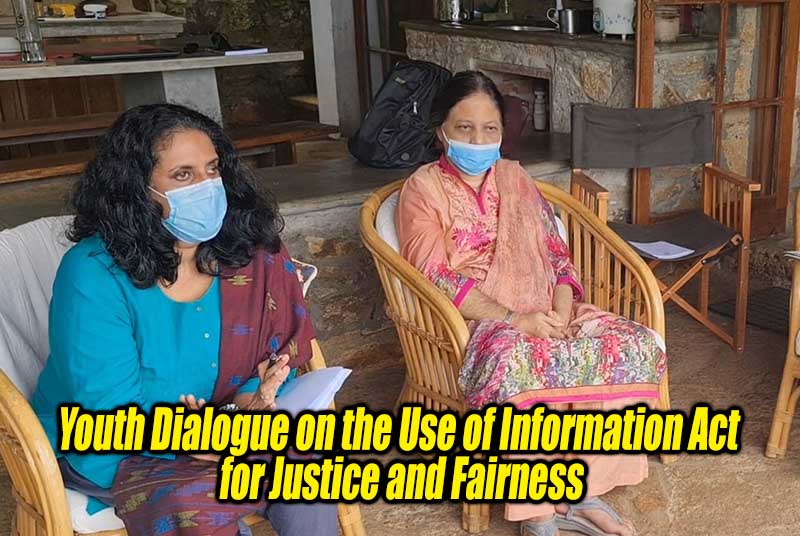 (Lanka-e-News -29.Sep.2021, 11.00PM) Marking the completion of five years of the first Right to Information Commission of Sri Lanka and in line with international information day (28th September 2021) an awareness program was held in the Central province last day (27) with the participation of over 200 members, organized by the Commission together with the AFRIEL Youth Network, through Zoom.

The program that was led by RTI commissioners Senior Attorney at Law Kishali Pinto-Jayawardena and former President of the Court of Appeal, Justice Rohini Walgama, together with several journalists, community leader and was moderated by Attorney at Law Jagath Liyana Arachchi.

The Commissioners explained the challenges and successes of the past five years in implementing the RTI regime in Sri Lanka, particularly pointing out that the high use of the Act by citizens has been a matter of pride for the country. The awareness program was held under the theme 'Use of Information Act for Justice and Fairness’.

Speaking at the event, Senior Attorney-at-Law Kishali Pinto Jayawardena said that the RTI Act should be further strengthened and that the definition of public authorities should include political parties and further that offices of the Commission should be set up at regional level to strengthen the RTI Act and streamline the appeals hearing.

Requestors need not give reasons when asking for information..

Ravindra De Silva, Chairman of the AFRIEL Youth Network, explained the achievements of the people of the North in connection with the Information Act and explained with examples where the RTI Act provides access to information irrespective of race or religion.

During the discussion, the commissioners stated that 85 percent of the orders from 2017 to 2020 issued by the Commission were in favour of full or partial disclosure of the information asked by citizens.

A question was posed as to whether NGOs can refuse to release information on the basis that they are not covered under the Act, replying to which the commission members stated that the in fact Act covers NGOs supported by government or overseas funding and engaging in a public service. Question was also raised about the availability of information from private sector service providers engaging in a public function or service, to which the commissioners clarified that those entities are covered by the Act provided that they have a written contract, license or an agreement with a government or provincial entity.

Several exchanges on the manner in which RTI has been enthusiastically used to improve communities and help citizens to monitor government from north to the south took place during this two and half hour discussion.