All social networks and messages have been blocked all over Sri Lanka since last night..!

Sri Lanka has a history of imposing nationwide social media restrictions at times of unrest. The list of restricted platforms in this instance appears largely consistent with the list used during previous national social media bans imposed by authorities.

Earlier, NetBlocks tracked a significant decline in connectivity levels on internet provider Dialog from 29 March coinciding with the onset of the protests:. The incident comes as the government declares a state of emergency, imposing curfews to counter widespread protests over the economic crisis.

The platforms can be accessed indirectly through the use of VPN services, which can work around government-imposed internet restrictions. The mobile app versions of some of the services remained accessible on certain devices due to the partial implementation of the ban at the time of writing.

NetBlocks recommends against the use of social media platform restrictions to counter protests, given their disproportionate impact to fundamental rights including freedom of expression and freedom assembly.

(NetBlocks is a global internet monitor working at the intersection of digital rights, cybersecurity and internet governance. Independent and non-partisan, NetBlocks strives for an open and inclusive digital future for all.)

Here is a transcript of an observation report on NetBlocks 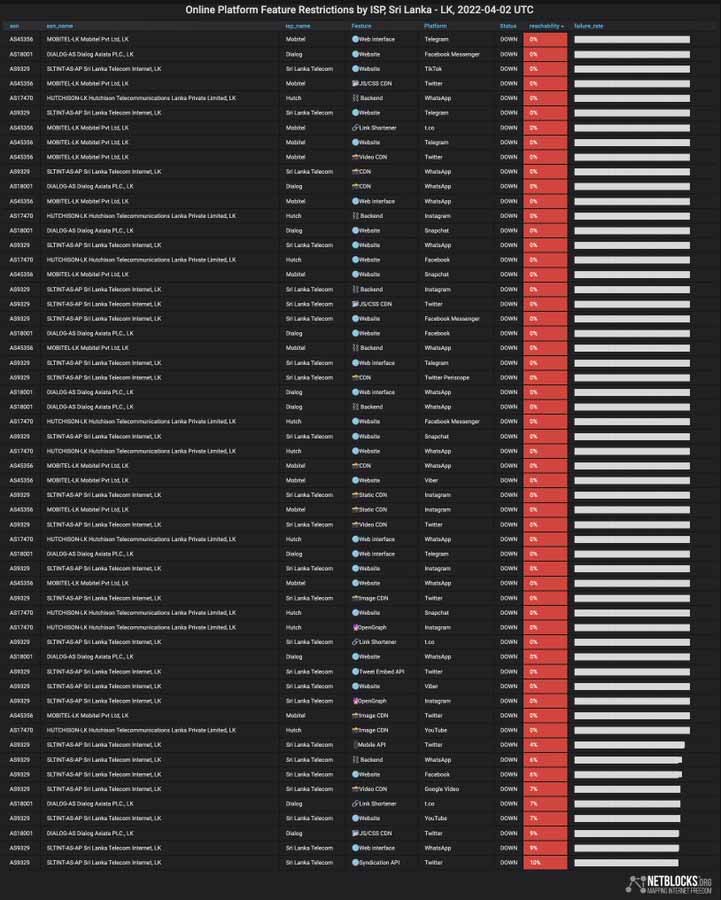