IGP reveals devastation done to Police by Rajapakshas' herd in a year..! More than 300 policemen are drug addicts..! 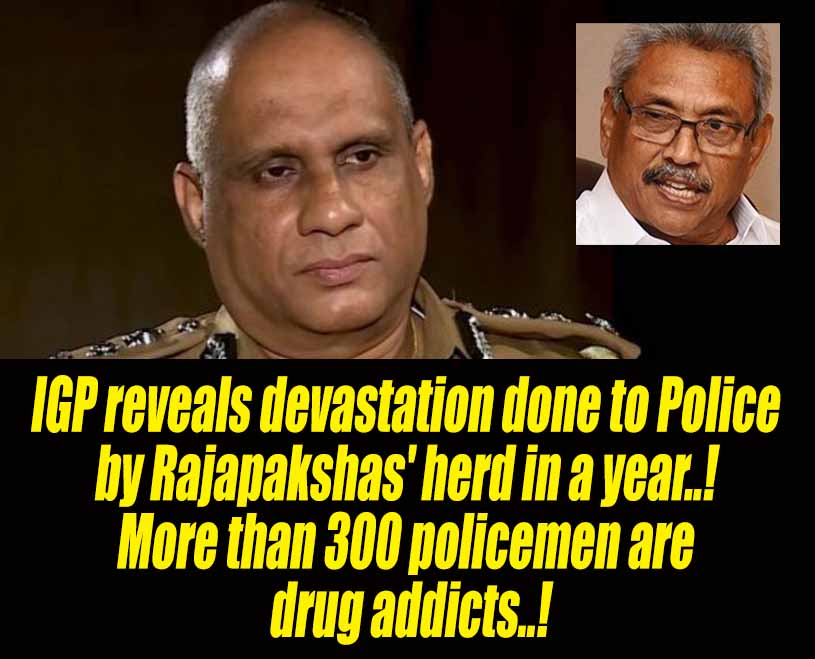 (Lanka-e-News -21.May.2022, 10.30 AM) IGP C. D. Wickramaratna has revealed in writing with proofs the devastation inflicted on the Sri Lanka Police in the first 11 months of 2021 alone, after the President and his brother Mara, the ignorant scoundrels took over the country. IGP’s letter was addressed to the Secretary to the Ministry of Public Defense, retired Major General Jagath Alwis.

The revelation makes hair stand on end. Accordingly, 126 out of 184 Officers-In-Charge of Police have been selected and appointed without interviews at the request of politicians in the above 11 months alone.

Three more officers who failed the interview were also appointed due to political influence.

A number of 34 OICs, who have no experience in holding a Post of OIC in any police station, has also been appointed as OICs to the Type A1, A2 and A3 top level police stations because of political influence.

IGP reveals that the 359 police officers who committed misconduct during that period is an unusually high number.

The most shocking revelation by the IGP is that the number of police officers who were arrested with drugs was 21, addicted to drugs was 156, and linked with drug traffickers was 130 during that period.

Read the IGP's long letter of 8 pages shown in the images below. 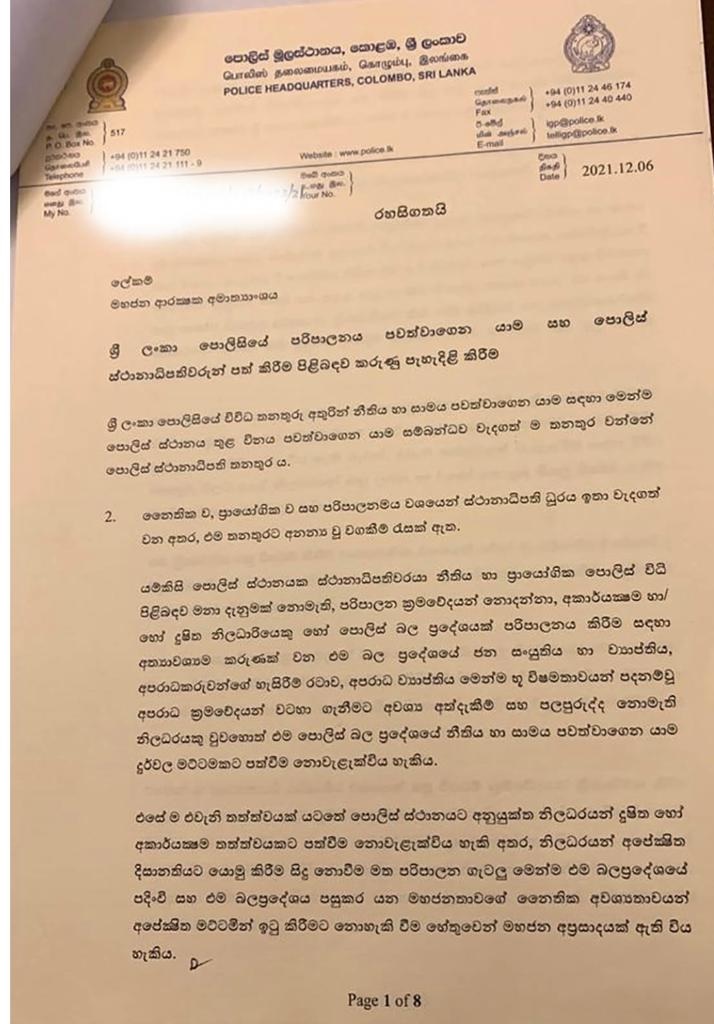 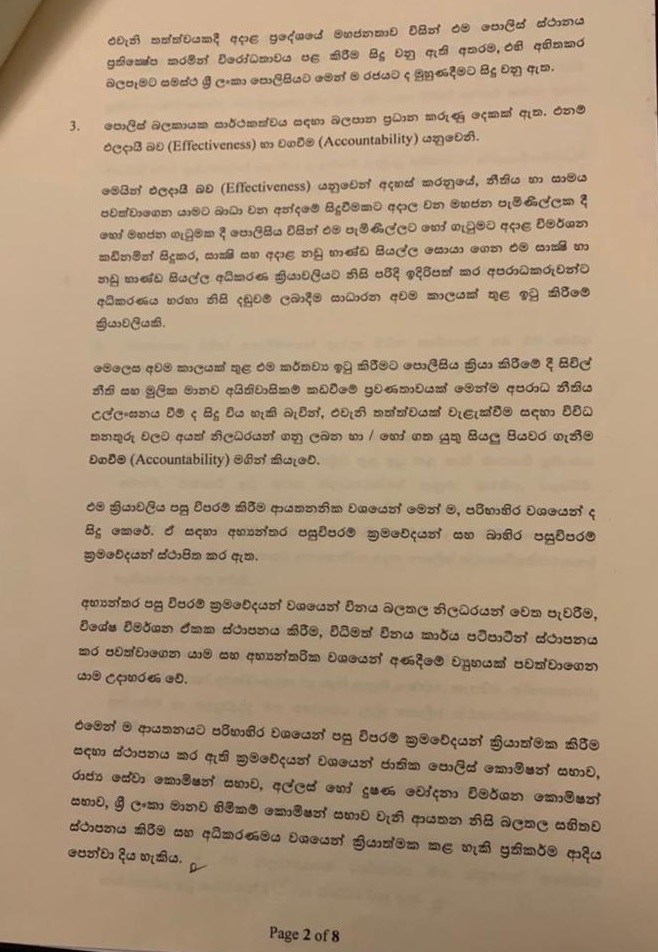 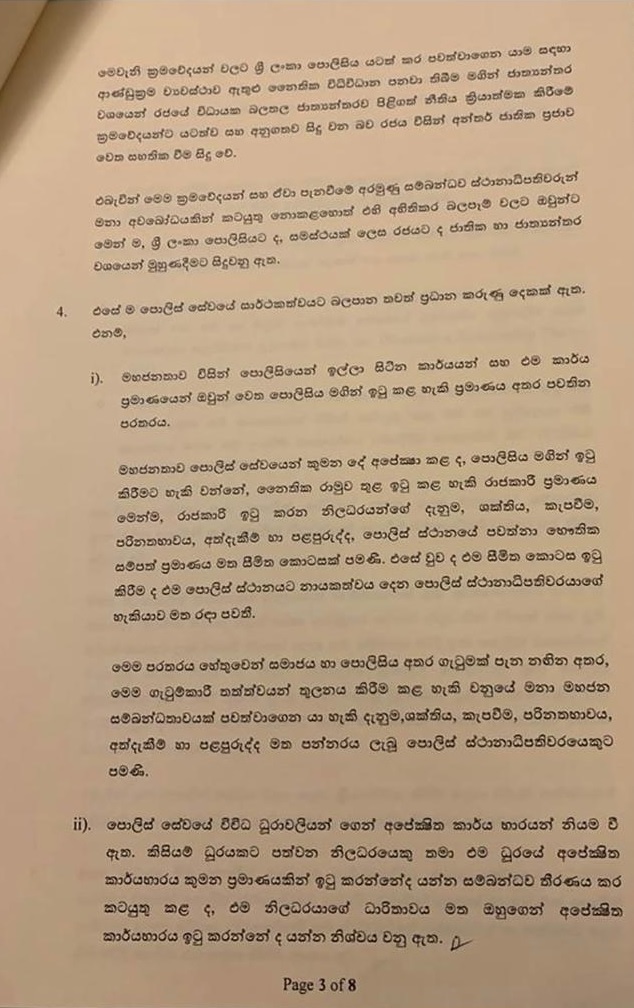 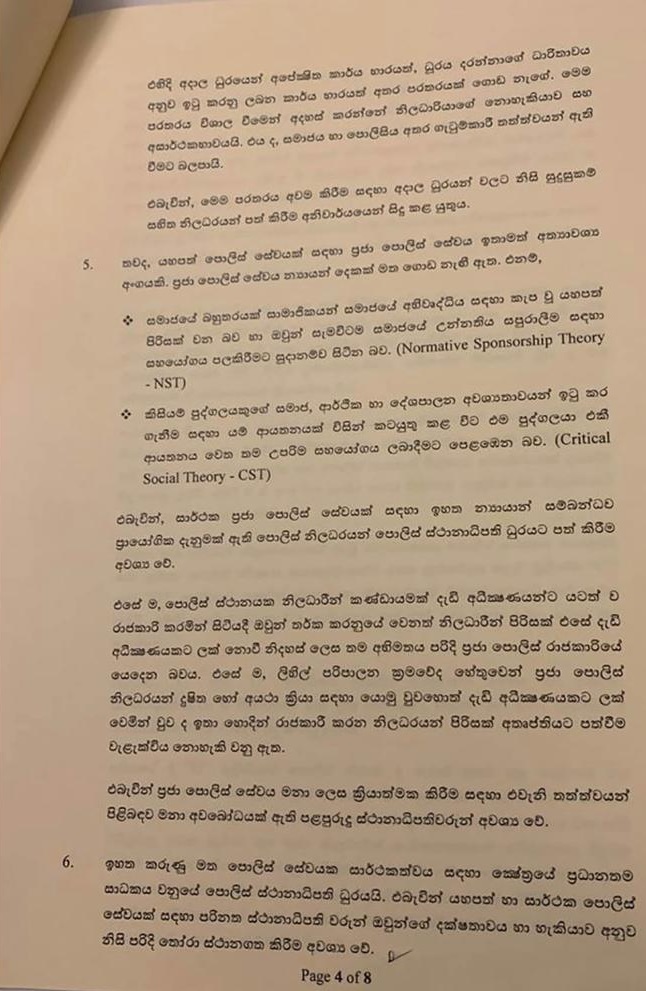 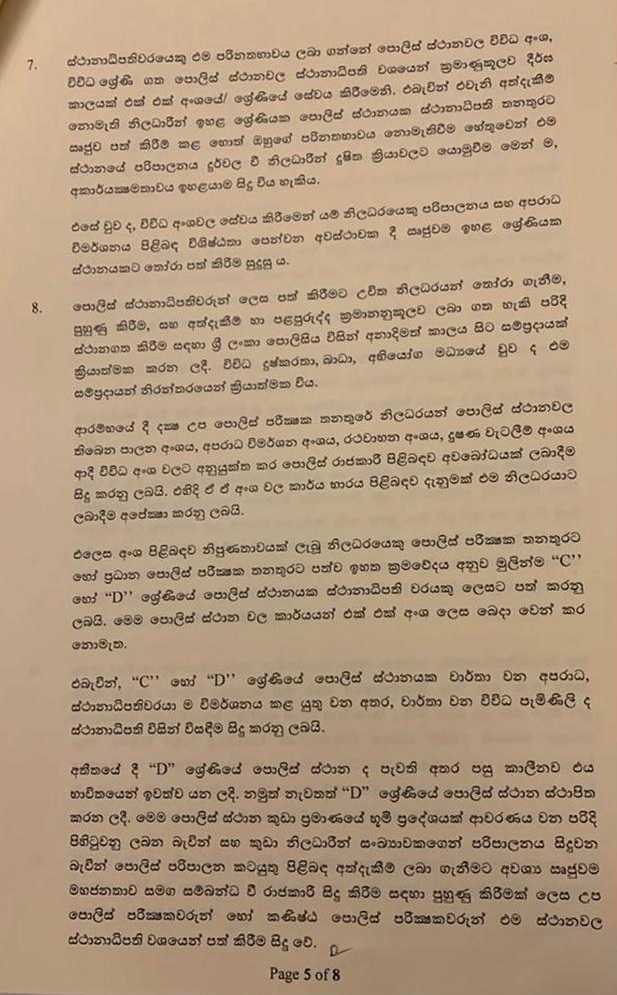 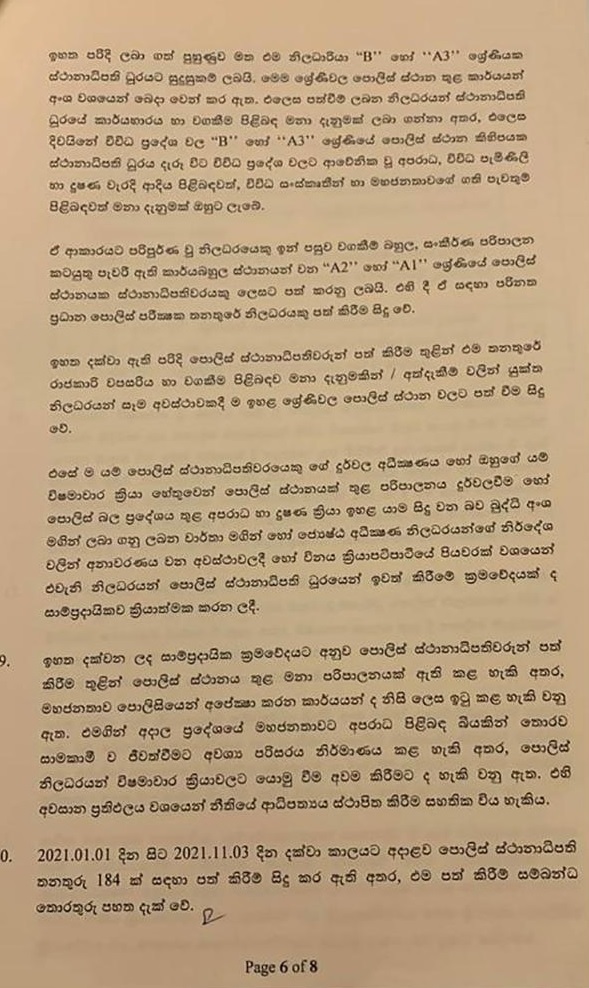 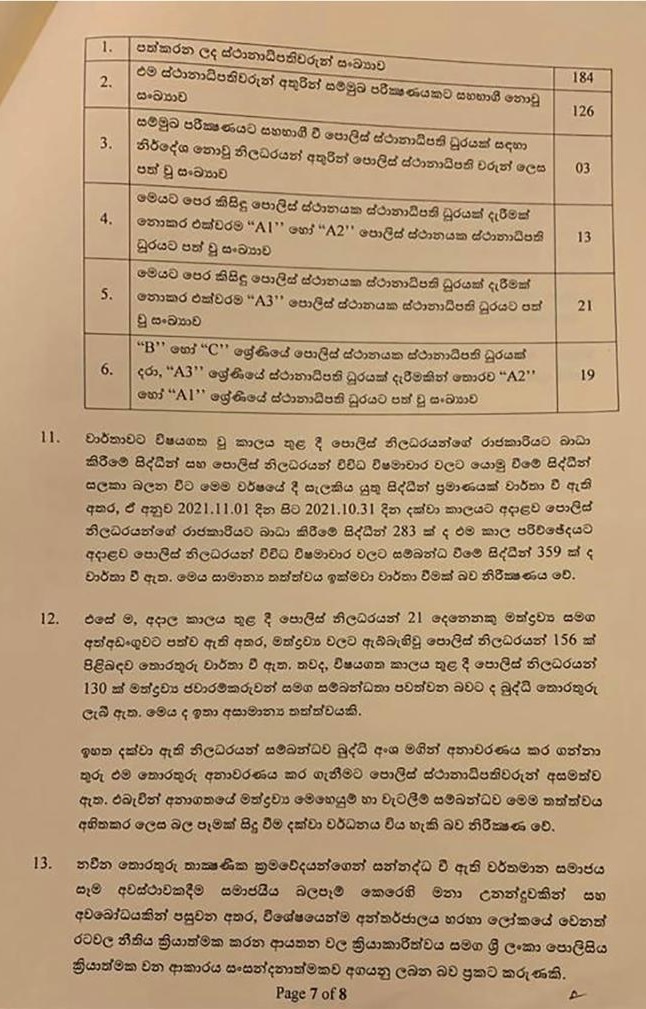 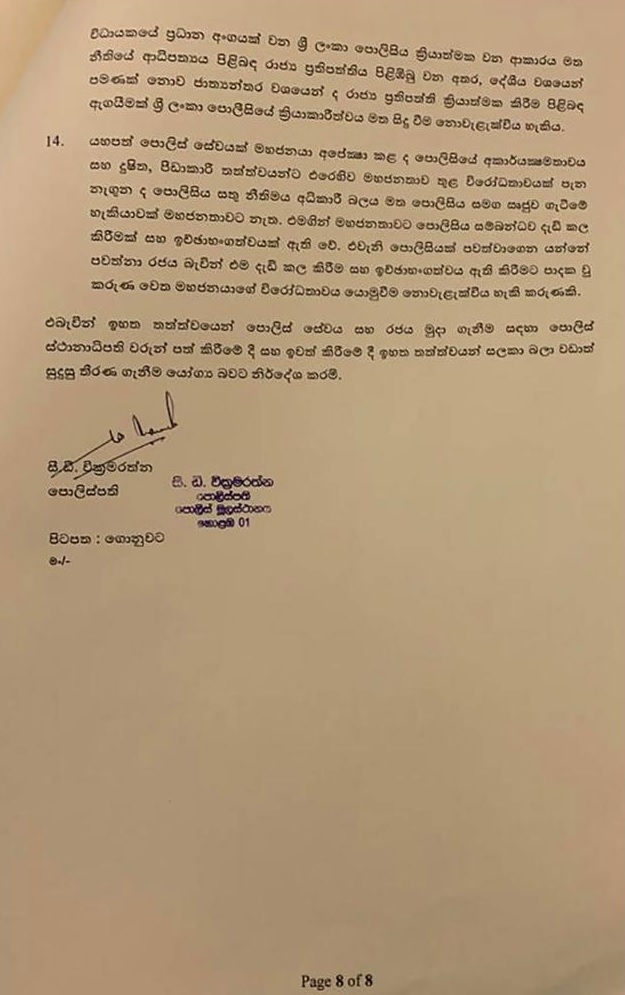