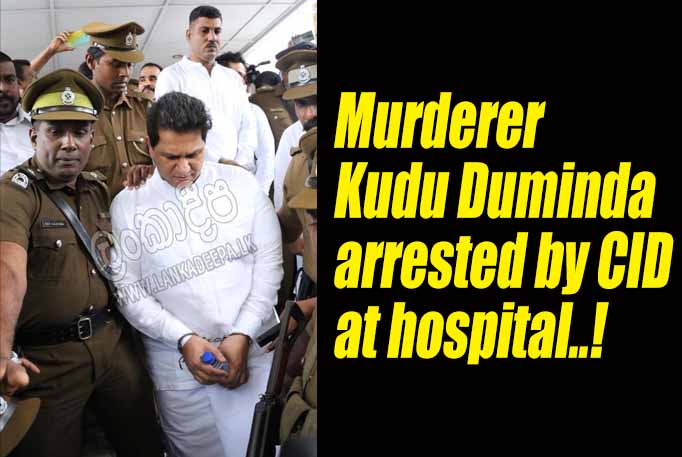 (Lanka-e-news-02.June.2022, 4.30 PM) The murderer convicted of four murders, Kudu Duminda, was arrested by the CID at 3.30 pm yesterday (01) while he was a resident at the Sri Jayewardenepura Hospital, according to a Supreme Court order.

Lanka e News reports that the murderer Kudu Duminda was admitted to the Jayewardenepura Hospital around 2.30 pm yesterday after the Supreme Court annulled the 'pardon' granted by the President to Gotabhaya.

CID officers then went there and arrested Duminda, detained the ward police officers and removed Duminda's father who was there. The CID has requested a report from the doctor in charge of the ward regarding the health condition of the murderer Duminda.

The murderer Kudu Duminda falls seriously ill as soon as a case is filed against him. The body undergoes splitting surgery. Once liberated, he can fulfill important responsibilities such as presidency of the institution without any disability. Surprising but true.