A record from the Navy..! Due to frustration, 9 sailors left their ship and ran away..!

-A Revelation by Good Sailor 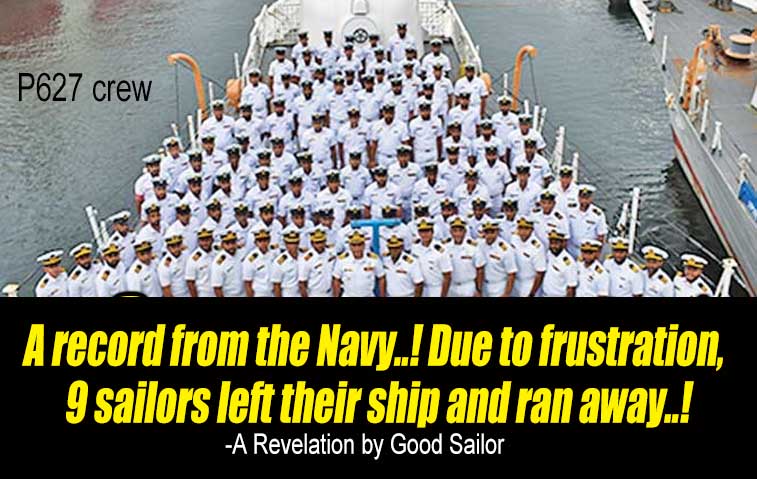 (Lanka-e-News - 25 July 2022, 8.00 pm) It is reported that 9 other officer sailors have escaped from the Sri Lanka Navy where they have been serving for many years and the ship where they were now on duty. This has been written in Navy history as the one single occasion that a largest number of Sri Lanka Navy personnel abandoned their ship.

The group has escaped from the Navy's P-627 coast guard ship on the American water at about half past one in the morning on the 22nd July.

A ship from America..

P-627 is the vessel that was at the US Coast Guard base in Seattle, carrying out the arrangements for acquisition from America to Sri Lanka, related maintenance, scheduled repairs, installation, and  further training for sailors. It was scheduled to sail to Sri Lanka at the end of this month or early next month.

At 7.10 am on the 22nd, a "priority" message was sent from the P-627 ship to the Sri Lanka Navy Headquarters and the Navy Commander that the 9 sailors on board the P-627 had escaped from the ship.

One of the Navy Police has also escaped...

Only the ranks of the 9 fugitive sailors will be revealed here, but for their safety, we will refrain from revealing their names.

It is special that there is also a member of the Navy Police among the personnel who escaped from the ship. There are 8 others including one catering assistant, two engineers, one electrician, one radio technician, one diver, and two able seamen.

(Here is a copy of the message sent from the P-627 ship on the American waters to the Sri Lankan Navy Headquarters.)

As it is reported to Lanka-E-News, the lower officers and other ranks of the Navy are very disappointed because the higher-ranking officials of the navy who depend on the people's money were providing protection without any justifiable reasons to the fleeing highly corrupt and traitorous Rajapaksa family who made the motherland of Sri Lanka a bankrupt nation.

This is the same situation in the Air Force, and this situation has caused so many people to flee from a single ship, setting records in the history of the Sri Lanka Navy.

Another issue that arises here is that Sri Lanka, which does not have at least a single dollar to buy even a Panadol pill, is taking steps to get a defense ship from America at this time.

Perhaps the escaped sailors were disappointed about all the above facts, because some of the escaped sailors had served the Navy for a very long time, including the war. It is hard to imagine that they would flee the navy just because they saw a developed country. They have sailed to such rich countries countless times before.

-By the good sailor 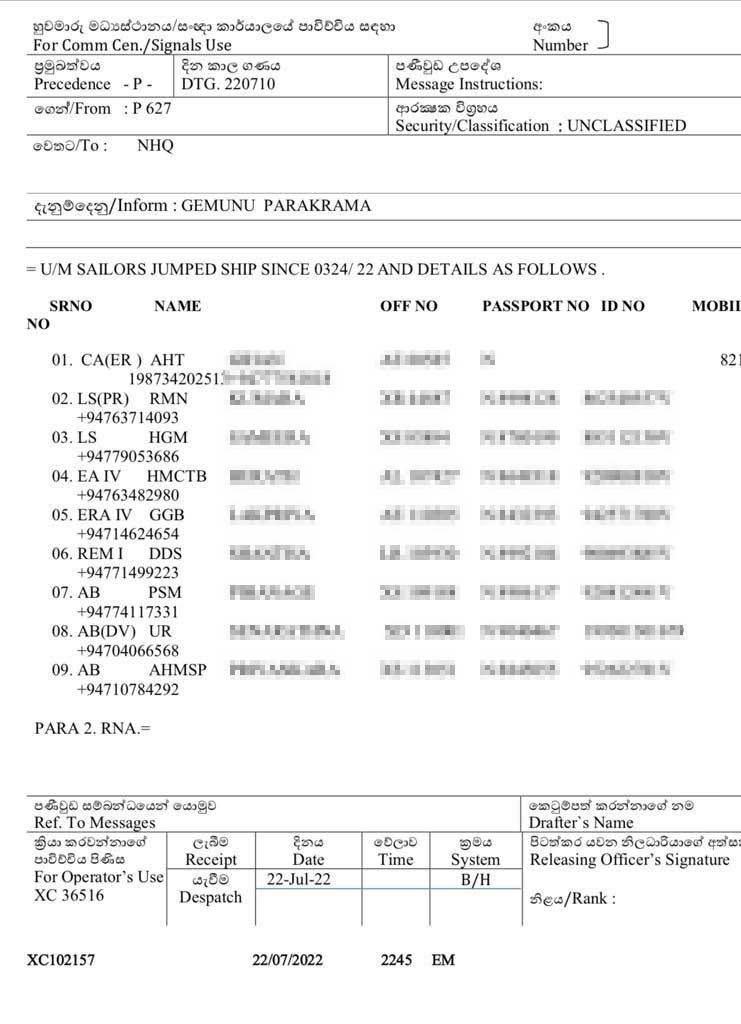