Ranil, it is shame..! You spread lies through your uncle's newspaper to disrupt the polls..! IGP is used as a political scapegoat..! Here is the truth with evidence..! 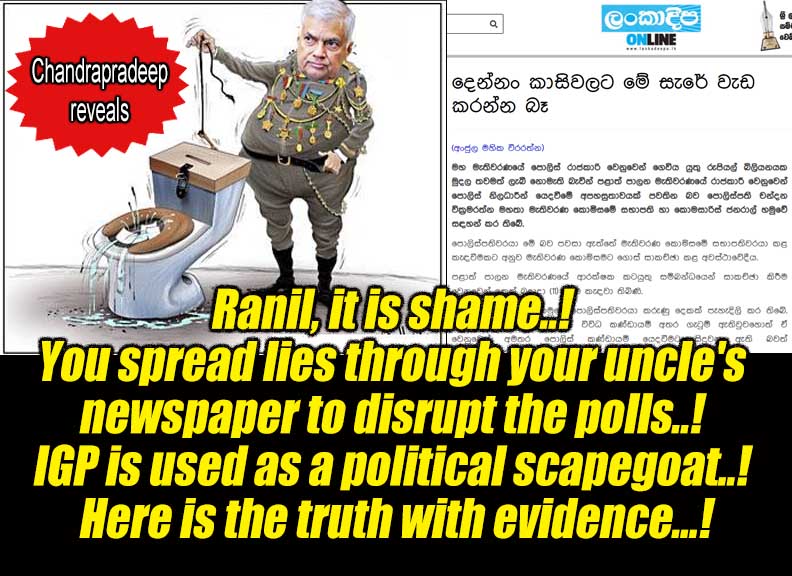 (Lanka-e-News -15.Jan.2023, 11.00 pm) Presidentman Ranil and members of Sri Lanka Podujana Peramuna, who are unable to face the forthcoming local government election, are now trying to disrupt it by spreading lies through Ranil's uncle's newspaper ‘Lankadeepa’, using Inspector General of Police (IGP) as a political scapegoat.

A report by a person named Anjula Mahika Weerarathna under the headline "No election work on the post-paid basis this time" was published in the newspaper yesterday (14) morning.

According to the said report, IGP Wickramarathna, who met the Election Commissioner on the 11th, has requested an expenditure of Rs. 3 billion for this election and said that the amount of Rs. 1 billion which is due since the previous 2020 election has not yet been paid, therefore this time, the police will not be able to carry out election duties on post-paid basis. (The full story can be read via this link. https://www.lankadeepa.lk/news/දෙන්නං-කාසිවලට-මේ-සැරේ-වැඩ-කරන්න-බෑ/101-626868)

A very serious lie of the government..

Lanka e News responsibly reports that this is a blatant lie. The IGP did not meet the Election Commission on January 11th. The meeting was held on January 13th. In view of that, the IGP never presented any expenditure estimate of 3 billion, as it did not cost such a lot of money.

According to Lanka e News internal information service, the estimated cost of the police is about 2000 million Rupees. Therefore, they are going to request from the Commission about Rs. 1850 million only. However, no such estimate has also been submitted to the Election Commission by the police till the time of writing this article.

According to Lanka e News, Police Minister Tiran Alas is urging the IGP to submit an estimate of 3 billion Rupees.

The other immodest lie...

The other falsehood is the story that the IGP said that the Commission has not yet paid the Police an amount of Rs. 1 billion due since the 2020 elections. It is a wicked lie. The estimated cost of the Police in that election was Rs. 928 million, less than 1 billion.

At the end of the last election, bills were presented for Rs. 853 million. The entire amount has been paid by the Election Commission. The Commission has also paid the minimum amount of 6 lakh rupees post-scribed in the said bill due for a bus of the Moratuwa depot. (The estimates and bills presented are shown here.)

Therefore, the IGP has been made a scapegoat for the Government of Ranil's filthiest coup in disrupting the election.

What does the IGP say now?

People are waiting to see what action IGP Wickramarathna will take regarding this mendacity. If Presidentman Ranil's uncle can publish false reports even about the IGP, and if the IGP does not take any action against it, God may help such a country to survive. (The IGP has already been waiting more than 24 hours without doing anything!)

More conspiracies to disrupt the election; Attorney General said ‘No’..

Meanwhile, as reported to Lanka e News, the government is taking various other measures to disrupt the election.

Another attempt by the government to sabotage the election is the suspension of the Ceylon Petroleum Corporation from issuing fuel on loan to the Election Commission. This sabotage has been launched through an impotence henchman called Deepal Madurapperuma, the in charge of the fuel distribution of the corporation.

Not passing money to the treasury..

Another disruptive act by the government is to stop releasing money to the treasury thinking that it will be spent for the election. The two state banks, the People's Bank and the Bank of Ceylon, had given the Treasury an overdraft of Rs. 2 trillion but it has not been released till now.

The Head of Government Press, Gangani Liyanage, has also been pressured by the Presidentman's Secretariat to stop printing the Election Commission's gazettes. But she has already printed the gazette for allotment of ballot marks to political parties.

Ranil and the gang of culprits should be punished..

The current government lost its mandate when the former Presidentman fled on July 9th. The government of the country was forcibly usurped by a kind of group and a Presidentman without a mandate using various constitutional loopholes.

This being the case, it is an unbearable crime that an illegitimate Presidentman himself to interfere with the people's legitimate voting right even at a local government poll.

One day, Ranil and the dirty gang will be punished by the law for the illegal, unconstitutional, and anti-democratic action being taken by them now.

Therefore, we warn all state officials not to get into trouble by implementing the illegal orders of Ranil and his infamous gang who have no people's mandate. 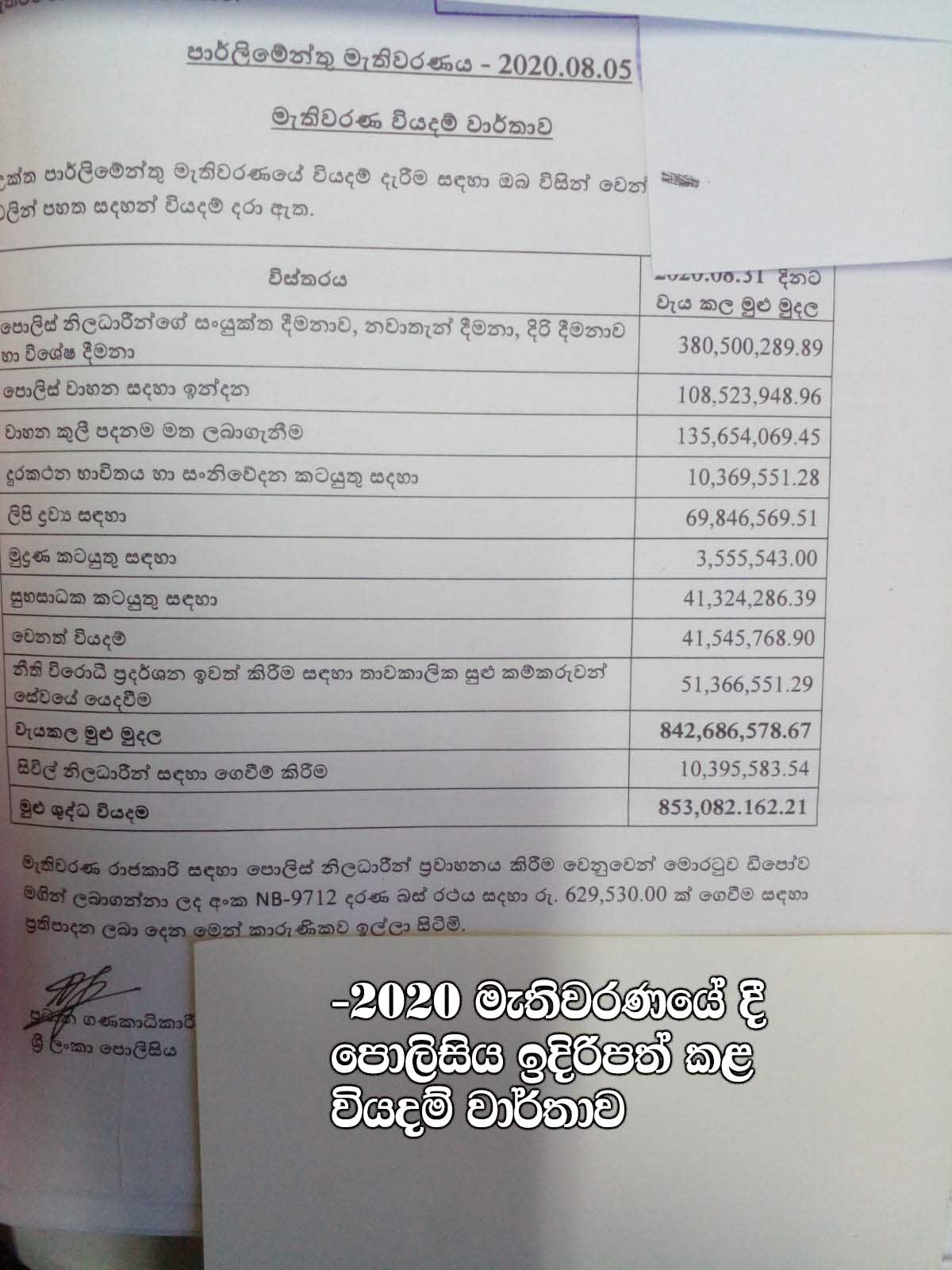 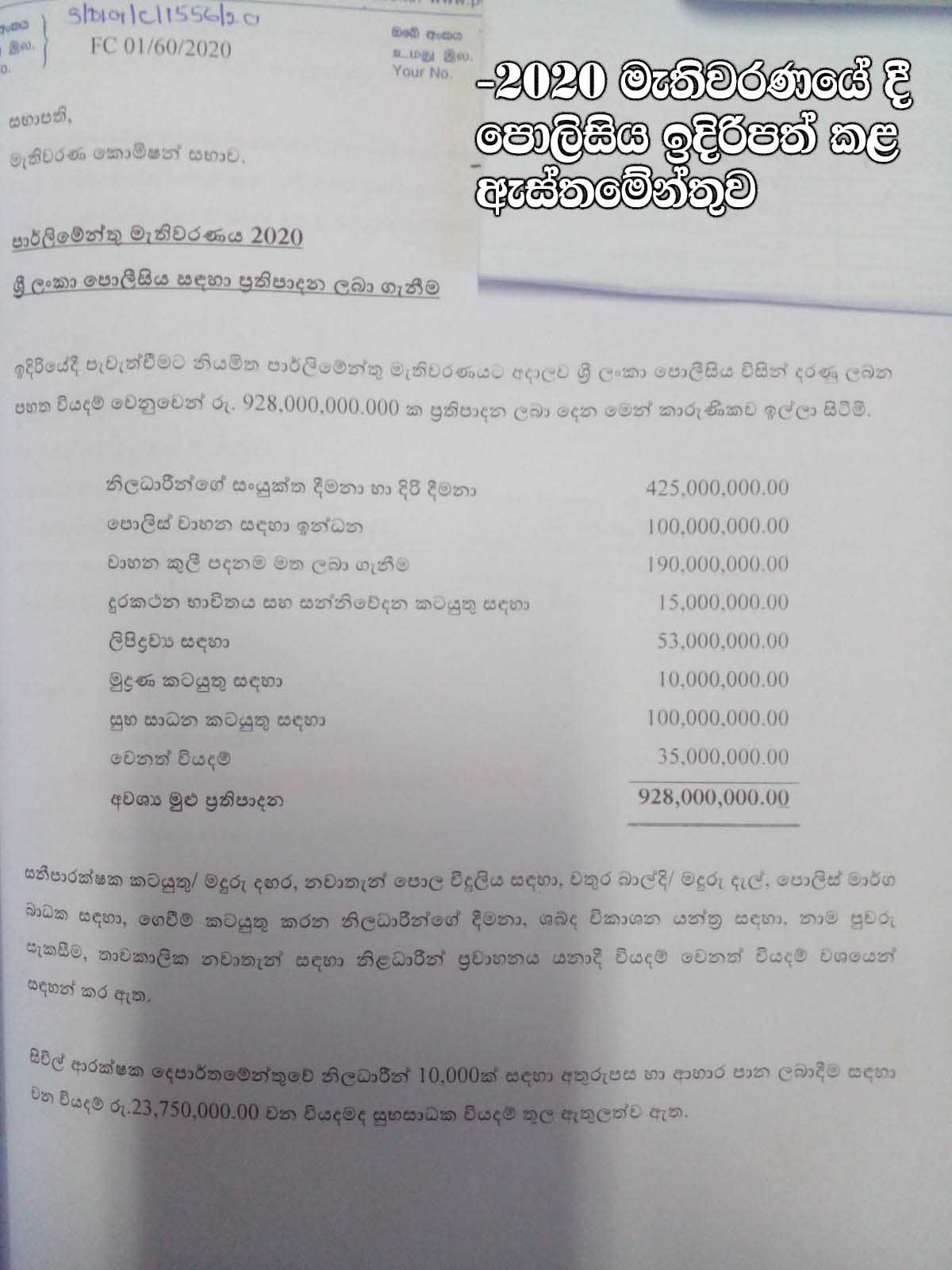 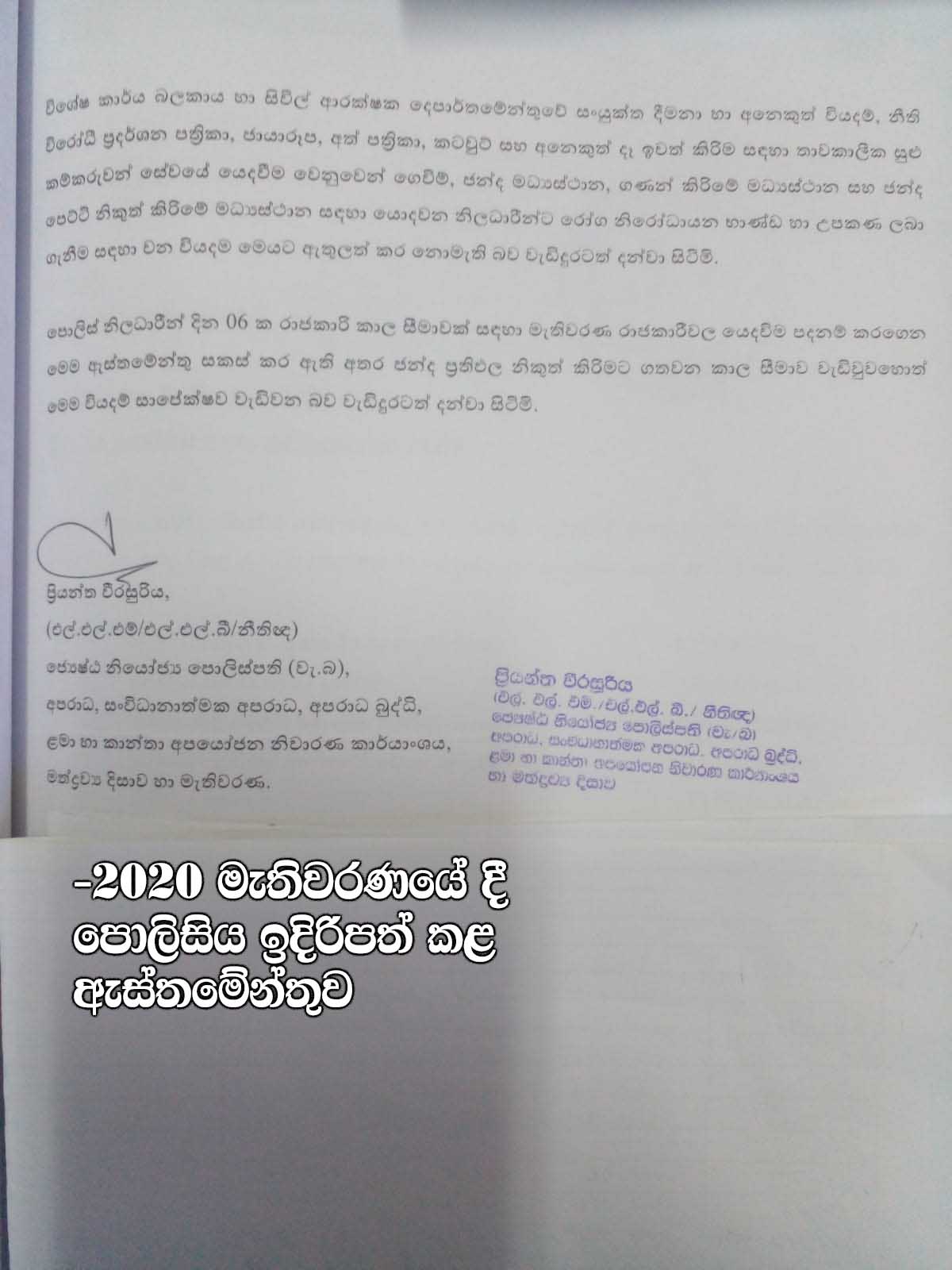