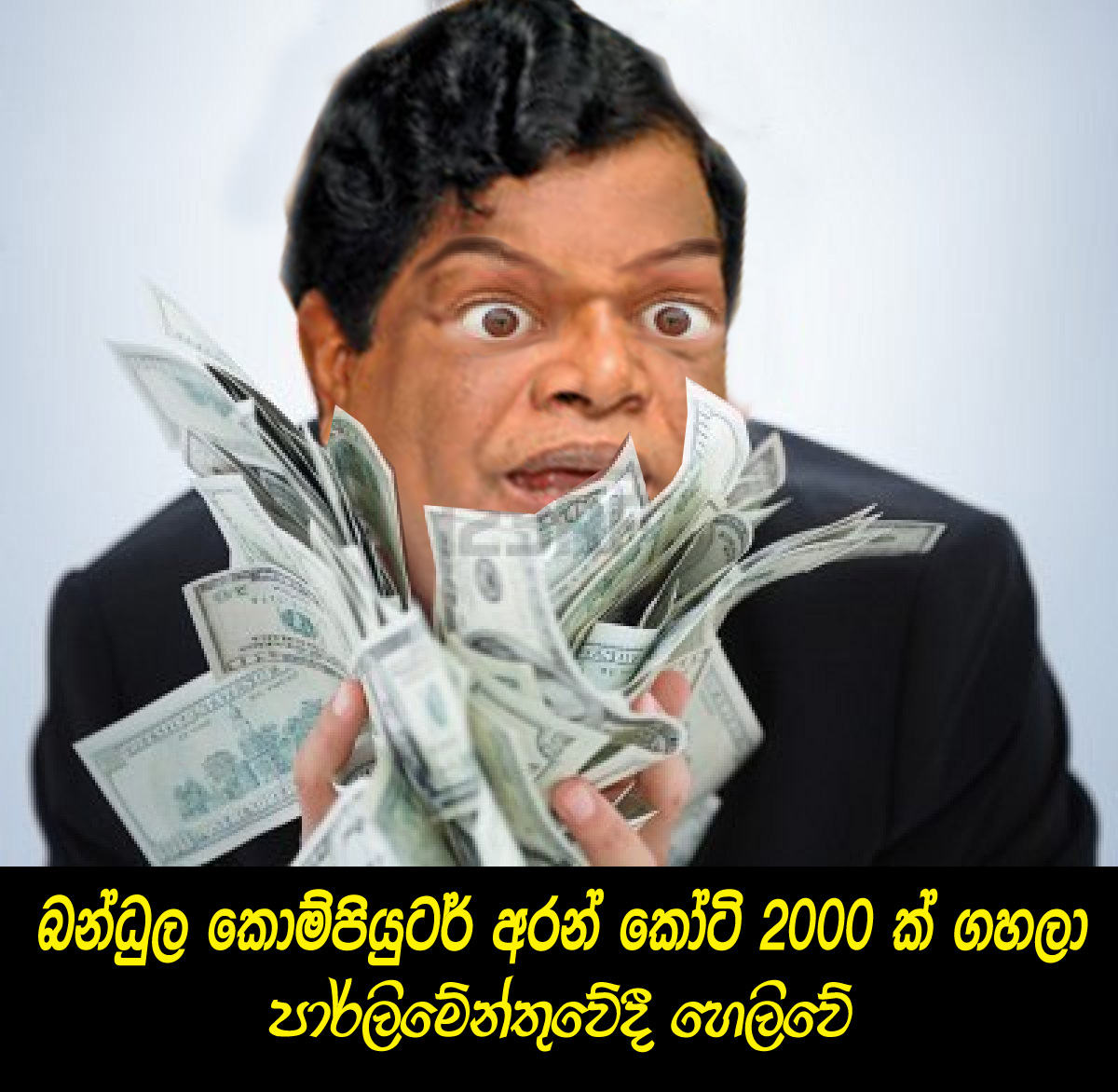 (Lanka-e-News -12.June.2012, 11.30PM)  Ex  minister of education Bandula Gunawardena , an owner of tuition ‘dens’ had cheated in a sum of Rs. 20,000 million ! when supplying computers to schools during his tenure of office as minister.

This monumental fraud was revealed in parliament by the present education minister Akila Viraj Kariyawasam yesterday (11). When the deputy speaker Chandima Weerakody occupied the speaker ‘s chair , Kariyawasam while exposing this fraud , pointed out at the time  these  computer  purchases were made by the ex minister , the procedures or the regulations governing such purchases have not been duly followed, and flagrantly violated.

While there were computers that can be purchased at prices between Rs. 40,000.00 to Rs. 60,000.00 , these computers numbering 60,000 had been purchased at exorbitant prices of Rs. 110,000.00 and over . Obviously the ex minister had directly , shamelessly and brazenly committed this fraud, based on information that has come to light, Kariyawasam disclosed .

Always truth stings worst when it is  a worst  crook  is at the receiving end. Naturally, when this shocking exposure was made   the ex minister Bandula was  stung so viciously that he turned most belligerent , and did not allow  the parliament proceedings to progress smoothly by  screaming at and obstructing everyone. Ultimately the speaker had to calm him by reminding him to behave better as an ex education minister  rather than conducting himself like a Montessori class child.

Meanwhile the JVP making a statement informed that necessary measures are being taken to lodge a complaint with the CID  pertaining to this computer science  financial fraud.

Interestingly ,Bandula who is guilt ridden had earlier on visited the Bribery and corruption commission and inquired whether there are any complaints against him , just like a crook secretly inquiring whether his theft about which he knows  before all others, has come to light.

By T. Jeyakumar
Translated by Jeff

The best computers in the country sell at around Rs. 75,000. For another Rs. 15,000 one can get the FULL Microsoft OS installed. Obviously there is a racket here. Shameless, uncivilized exploitation of education.
-- by Amal Wimalasena on 2015-06-13

A computer worth 90,000 is not required for a computer lab in a school as the students are not taught computer science advance version. This is another jugglery made by another Minister who is pretending to be having clean hands. He was one person who was in the demonstration opposite Bribery Commission to protest against the summoning of his Guru Mahinda Rajapaksa to the commission
-- by Gihan on 2015-06-18

eWis makes computers that costs about Rs. 50,000 or when purchase in Bulk for a lesser price. Or even branded HP or Lenovo or Dell could be purchased at a price of 35,000~40,000 or less when buying such a huge quantity. Microsoft could be reached and a special price of Rs 13,000 or less could be enough for Operating system. And School labs do not need high configured machines. There should be something something between officers. But Who is the leader? It is up to Corruption Hunters and Media to expose!
-- by CAMILET COORAY on 2015-06-20